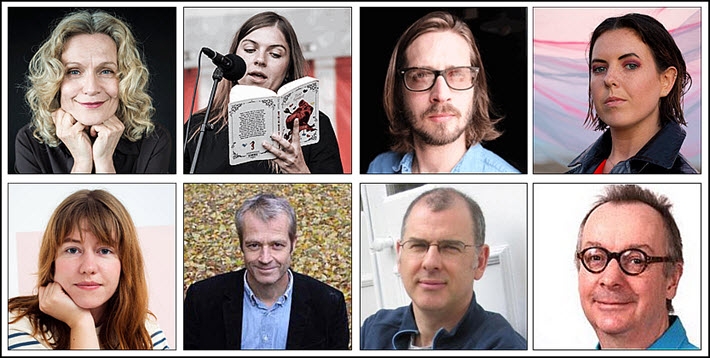 With first publications in Sweden, Denmark, the UK, Australia, the USA, the Netherlands, and Norway, today’s titles run from children’s books to nonfiction, commercial fiction, and an LGBT graphic novel.

About Those ‘Alternative Facts’

If there was ever a moment to hear from “the coolest philosopher in Sweden”–and on the potentially fatal danger of “alternative facts”–this is it.

Kellyanne Conway, the adviser to Donald Trump, is of course the former pollster who coined that phrase early in the Trump administration and it has remained one of the most unintentionally succinct descriptors for the problem of this era we have. And with her new book and several rights deals in place, Swedish author and professor Åsa Wikforss is here to help us find our way back from the inexcusable rubbish of Conway’s dismissal of reality.

Of all things, the publisher, Fri Tanke in Stockholm, includes in the promotional material for the book some references to how Wikforss has created “an accessible book on complicated topics” to help “understand the current challenges.” And what topics might be so complicated?—”What distinguishes knowledge from mere opinion.”

Stop to think about that. In this moment—masked up and imperiled—it has become a “complicated” thing to distinguish between knowledge and mere opinion. There’s a phrase for that: critical thinking. And have we ever needed it more?

This handily takes us to a quick update on the analytical memoir by clinical psychologist Mary L. Trump, the niece of Donald Trump, Too Much and Never Enough: How My Family Created the World’s Most Dangerous Man. If you missed our coverage of its publication, complete with the latest efforts by Trump at an unconstitutional prior restraint, you’ll find it here.

Simon & Schuster reports to us from New York that international rights to the book have sold so far into five languages. (They’re handled by WME.) Too Much is already an international bestseller, No. 1 in Canada, Ireland, the United Kingdom, and the United States, and No. 2 in Australia. The book is also published by S&S in India.

In its first week of sales following the book’s July 14 release, the title has sold more than 1.35 million copies across all formats. That combined sales figure includes pre-orders, sales of print books, ebooks, and downloadable audiobooks, as well as orders from consumers as yet unfulfilled “due to extraordinary demand”—a good problem to have, of course. S&S reports that it has ordered a 17th printing of the book that when complete will bring the number of hardcover copies in print to nearly 1.4 million.

CEO Jonathan Karp, in a prepared statement, says, “Mary Trump’s memoir has transcended the usual ceiling for political books to reach a larger audience of people who want to read stories about unusual families. We knew Too Much and Never Enough would make news and offer fascinating psychological insights into the president, but we’re moved to see how deeply the book has touched readers, and thrilled to have people compare the book to The Godfather.”

So take heart. Critical thinking still has its place, as Wikforss and Mary Trump are reminding us.

Alternative Facts: On Knowledge and Its Enemies

Dubbed “the coolest philosopher in Sweden,” Åsa Wikforss holds a PhD in philosophy from Columbia University and is a professor of philosophy at Stockholm University. Recently elected to the Swedish Academy and a member of Academia Europaea, she writes, “Knowledge stands at the center of human existence, it is what sets us apart from the other animals and is what makes human cooperation and progress possible.

“The challenges we’re facing are not simply philosophical, but also concern politics and changes in the fabric of society.

“Philosophy gives us the tools we need to understand the challenges and meet the enemies of knowledge, and I felt that as a philosopher it was time to step up to the plate.”

Meters per Second is “humorous, sharp and strong, wonderfully reviewed and loved by Danish readers.

“A young couple adjusts to their new life together with their infant son at a Folk High School in West Jutland, a world of tree-hugging faculty members, obligatory sing-togethers, and idealist desires to bond with the local community. He’s the new teacher, she’s his hanger-on.”

The book went through five printings in its first weeks on the market, referred to in the press as “a perfect comedy about normalcy.”

“Monsieur Roscoe is off on his summer holiday, meeting friends and learning lots of new words in French along the way. Join Monsieur Roscoe as he camps, skis, and sails.

“A fun and colorful picture book from the bestselling illustrator of Oi Frog and The Lion Inside series.”

Field is a winner of the Booktrust Roald Dahl Funny Prize and a past nominee for the Kate Greenaway prize. Hachette reports that the is the fifth most successfully selling illustrator in the United Kingdom. 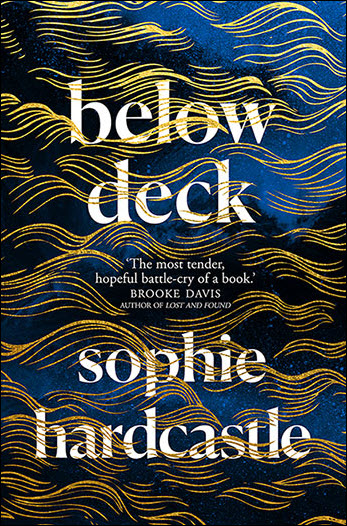 “Olivia at 25 joins a sailboat crew on a journey in which the unspeakable happens. She learns that at sea, no one can hear you scream.

“A novel about consent, about who has the space to speak, and who is believed.”

The book is set in Australia, the United Kingdom, and Antarctica. Hardcastle studied English literature at Worcester College, Oxford, where she wrote Below Deck. In 2017, Sophie was an artist-in-residence with Chimu Adventures in Antarctica. She is the co-creator, co-writer and co-director of the online series Cloudy River. 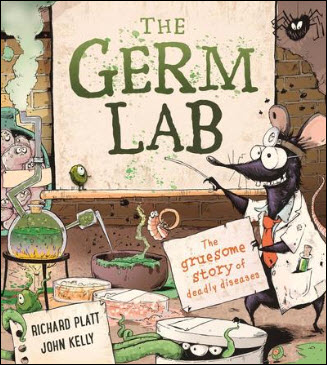 “An entertaining and comprehensive telling of diseases, infections, plagues and pandemics for young readers.“The Germ Lab features case histories of specific epidemics and pandemics, including the novel coronavirus COVID-19. There are ‘eyewitness’ accounts from the rats, flies, ticks, and creepy-crawlies who spread pathogens, plus facts and figures on the biggest and worst afflictions. Discover how bacteria and bad beasties are beaten through the work of genius scientists and the development of vaccinations.” 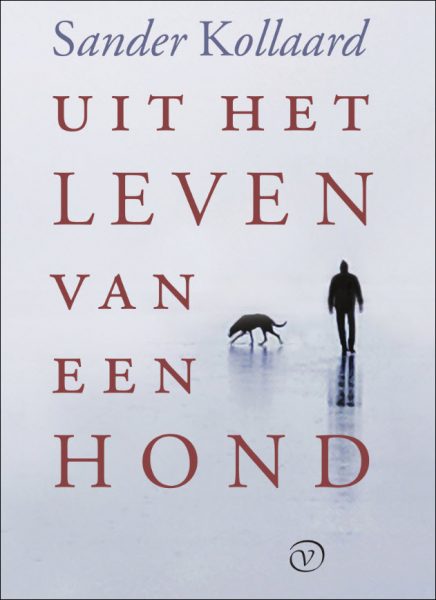 A Day in the Life of a Dog

“A Day in the Life of a Dog takes place on a seemingly ordinary Saturday. Henk van Doorn, 56, ICU nurse, single, wakes up, has breakfast, walks the dog, goes to the supermarket.

“This day however will turn out to be anything but ordinary: Henk finds out his dog is ill. The animal will die, not today, nor tomorrow, but soon.

“A train of existential thoughts is set into motion: time only has one direction; we are vulnerable beings; and we live in elementary loneliness, no matter how much love we find.”

The book has won the 2020 Libris Literature Prize and has sold more than 40,000 copies. 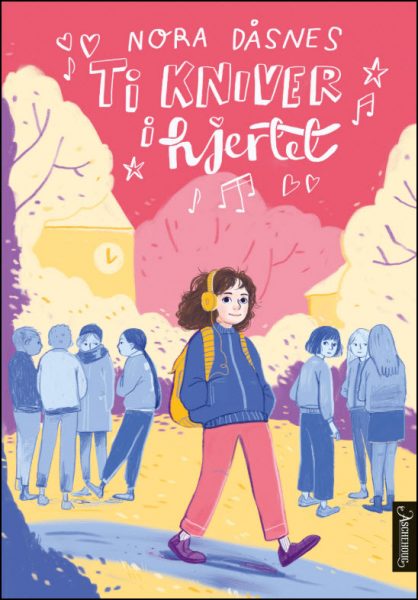 Cross My Heart and Hope To Die

Cross My Heart and Hope To Die is a  graphic novel with an LGBT topic for age 9 and older.

“Nothing is as it used to be when Tuva and her friends start seventh grade.

“While one of them now has a boyfriend and another hates everything about falling in love and having boyfriends, Tuva finds it hard to choose sides. What’s more, Tuva plans to fall in love herself.

“Then Miriam shows up. Can you fall in love with a girl and at the same time like the most popular boy band?”

Here’s a video from NORLA, Norwegian Literature Abroad, with the author talking about the work.