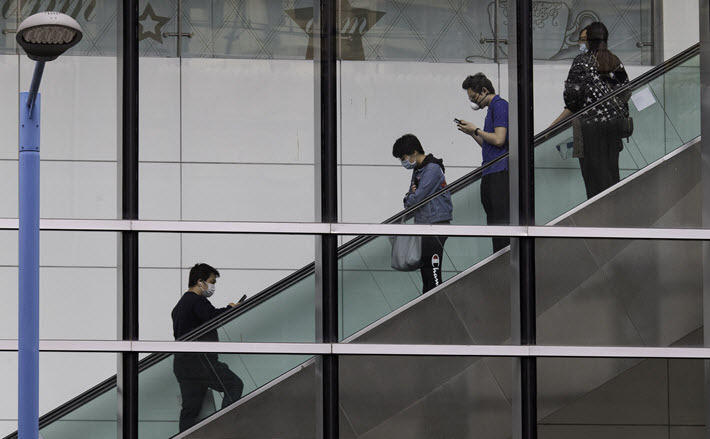 In Hong Kong on May 30l. Image – iStockphoto: Derek Yung

‘Banned Books Are a Worldwide Problem’

The International Publishers Association‘s (IPA), based in Geneva, today (July 20) has issued a statement of “extreme concern” about reports this month that in Hong Kong, books by pro-democracy personalities are being removed from libraries in Hong Kong as an effect of Beijing’s new national security law.

In the Wall Street Journal, for example, Dan Strumpf writes, “Two books by the activist Joshua Wong and one title by lawmaker Tanya Chan were among those listed as ‘under review’ on the city’s online library catalogue on [July 5]. In a statement, a government spokeswoman confirmed that some books had been removed from circulation pending a review for compliance with the new security law.”

To understand why mainland authorities may be looking at Wong’s work, you’ll find Carol Mang and Yanni Chow reporting for Reuters this morning, “Wong is one of more than a dozen young, more confrontational politicians who outshone old guard democrats in unofficial opposition primaries this month in what many saw as a protest vote against a national security law imposed by Beijing.

“The September 6 vote will see the democratic opposition try to reclaim some political influence in a city assembly stacked with Beijing loyalists. Only half its seats are directly elected.”

Speaking for the IPA, the organization’s Freedom to Publish committee chair Kristenn Einarsson is quoted, saying, “Banned books are a worldwide problem, but these reports suggest that the impact in Hong Kong of the new security law will be felt immediately.

“It is extremely concerning.

“We stand with publishing colleagues anywhere who are affected by book bans and call on governments around the world to protect the right to publish freely in their countries.”

Of course, the new national security law hasn’t been necessary for Beijing to move against publishing interests in Hong Kong in the past. Einarsson’s committee names each year’s Prix Voltaire winner, and the publisher and Swedish national Gui Minhai—winner of the 2018 Prix Voltaire—originally was abducted in 2015 because his Hong Kong publishing company Mighty Current reportedly had produced books on China’s political elite. 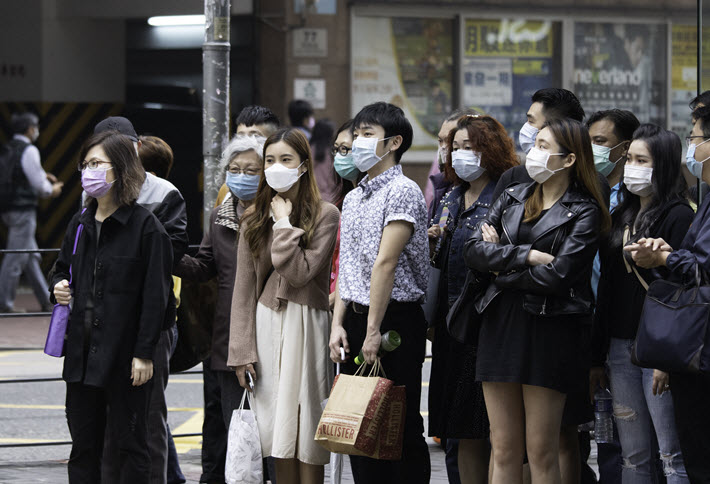 In Hong Kong on May 27. Image – iStockphoto: Derek Yung

At the Washington Post, Shibani Mahtani and Timothy McLaughlin have reported on the Wong books having “disappeared from public libraries,” as “education authorities told schools to review their library collections and remove books that could violate the law.”

“Banned books are a worldwide problem, but these reports suggest that the impact in Hong Kong of the new security law will be felt immediately.”Kristenn Einarsson, IPA

Mahtani and McLaughlin report that educational publishing is being targeted. “Historical moments and topics of discussion are disappearing from official textbooks, teachers say,” they write on July 7. “In liberal studies, textbooks formerly prompted discussion on whether civil disobedience is within the rule of law, citing the examples of the Rev. Martin Luther King Jr. and Mahatma Gandhi. This was removed, according to teachers, after Hong Kongers protested in 2014 for universal suffrage.”

Several of the news reports, including those of Agence France-Presse, here carried by the Voice of America, indicate that once a book is classified as “under review” in libraries, it’s simply not available.

In broader news today around the Hong Kong national security law, the UK’s Boris Johnson is said to be prepared to suspend an extradition treaty with Hong Kong because of the law, per Peter Walker’s report in The Guardian.

The Donald Trump administration’s efforts at announcing sanctions on China because of its Hong Kong national security law have been complicated by Trump’s reluctance to speak directly on to Beijing’s crackdown. On July 14, he signed an executive order that concludes the United States’ special relationship with Hong Kong, because Beijing’s national security law, the order says, is one of “a series of actions that have increasingly denied autonomy and freedoms that China promised to the people of Hong Kong” in the 1984 joint declaration. 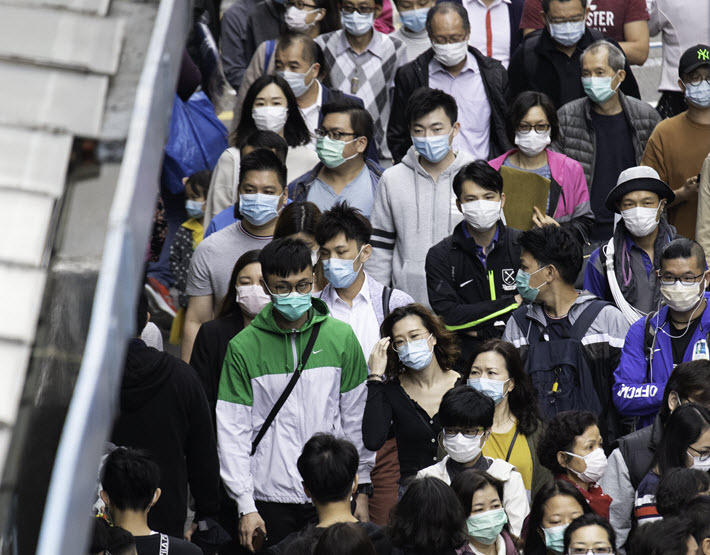 In Hong Kong on May 27. Image – iStockphoto: Derek Yung

The political developments in Hong Kong are playing out against what’s reported to be a recent and dangerous escalation of coronavirus COVID-19 spread. On Sunday (July 19), BBC News reported chief executive Carrie Lam’s announcement of more than 100 new infections and a situation now becoming “really critical.”

Masking is mandatory, non-essential civil servants are working from home. Bars, gyms, and clubs are shuttered, and more restrictions are anticipated.

At this writing, the Worldometer tracking system cites 1,959 cases of COVID-19 with a jump of 108 new cases on Sunday (July 19). The fatalities in Hong Kong stand at 12. More than 500 of Hong Kong’s total cases are reported to have been detected in the last two weeks.

More from Publishing Perspectives on the International Publishers Association is here, and on the Prix Voltaire is here. More from us on China is here, and more on Hong Kong is here.