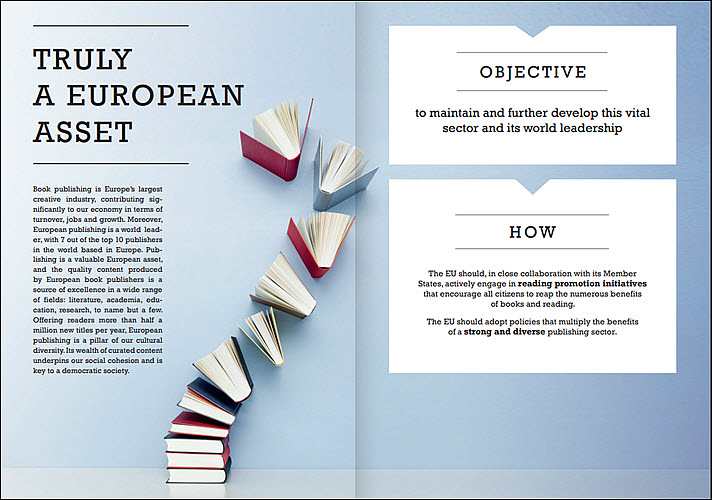 Industry notes: The Federation of European Publishers is backing efforts to see the cultural sector included in EU Special Council meetings, while Bonnier donates to open a ‘Reading Fund’ in Germany. 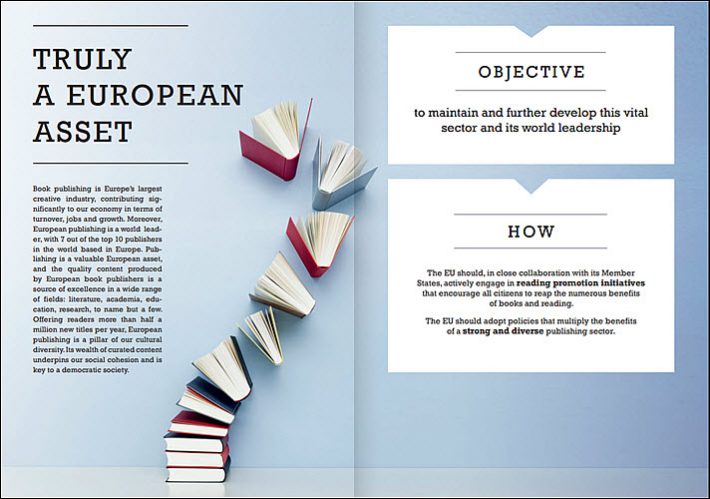 As heads of state and/or government have convened, Anne Bergman, the director of the Federation of European Publishers, has provided members of the news media with copies of the organization’s manifesto, European Publishing Matters. The goal of the effort is to vie with other sectors of Europe’s industries for recovery support for the cultural components, specifically publishing, of member-states.

The approach is divided into four main parts, calling for: 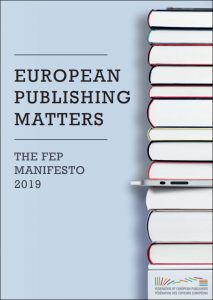 One technical feature of interest in today’s and tomorrow’s sessions is that they’re happening IRL, in real life, in the Europa building in Brussels, a first since the onset of the pandemic emergency.

Of particular concern, Bergman says, is the starting proposal from the European Council president, Charles Michel, a plan that is to diminish funding to Creative Europe, “the only direct program supporting culture,” as she puts it.

Involved today as a kind of blue-ribbon lobbying group on behalf of the cultural sector are:

And in talking about what’s at stake, Bergman tells Publishing Perspectives, “If the budget for culture is more consequential” than expected, “then a share will go to the book sector.If the heads of state were to earmark culture as a necessity to get the recovery funds, publishing might also possibly receive a share. 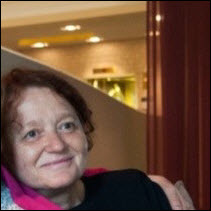 “Politicians,” she points out, “have been quick to thank artists for their contributions to the social well-being of European citizens during the lockdowns, but most of them are failing to adequately support their cultural sectors badly hit by the consequences of the COVID-19.

“Publishers, working in agreement with their authors, helped as much as possible to support readers in accessing the books they wanted to read during the various lockdowns. And of course the resilience of booksellers was admirable.

“Yet all of that came at a cost and a number of players need financial support to overcome the crisis.

“Without appropriate financial aid at the European and national levels, some of our stakeholders won’t manage, and their loss will be at the cost of cultural diversity, a value dear to Europe–and to publishing.”

In a major contribution to the Förderverein Buch eV,  Bonnier publishers in Germany have kickstarted a new “Reading Fund” with a grant of €250,000 (US$286,016) that bookstores can apply for, in order to fund–at €500 per event (US$571)–authors’ readings for consumers.

The funds, intended to go to the performing authors in full, can  help to answer what many writers have reported is a key loss in the effects of the pandemic–revenue from their usual public appearances. In the case of a two-person reading, €400 is to go to each (US$457).

In commenting on this opening donation, Gino Leineweber at the Förderverein Buch eV says, “The book as a cultural asset, although essential, does not only stand for writing, which is why we decided to combine the funding of authors with a reading organized in bookstores or bookstores.

“Our colleagues can take the initiative themselves and apply for readings at their local bookstore. Due to the necessary sanitary protective measures, only a limited number of visitors can be admitted to events. With our funding, we enable literary life to unfold again, even with just a few guests.”

And Nina George, who is on the board of the Förderverein Buch eV and leads the European Writers Council, is quoted, saying, “We thank the Bonnier publishers for this donation, which lays the foundation for the new, nationwide ‘Reading Fund’ for events in the local book trade.

“This is an initiative that has never existed in Germany before. We hope that the support will primarily reach those colleagues who have suffered economically from the loss of their appearances. At the same time, the entire industry is benefiting from the resumption of readings–donations and funds are based on the principle of ‘one for all.'”

More from Publishing Perspectives on the Federation of European Publishers is here, more from us on Europe is here, and more on the coronavirus COVID-19 pandemic and its impact on international book publishing is here and at the CORONAVIRUS tab at the top of each page of our site.