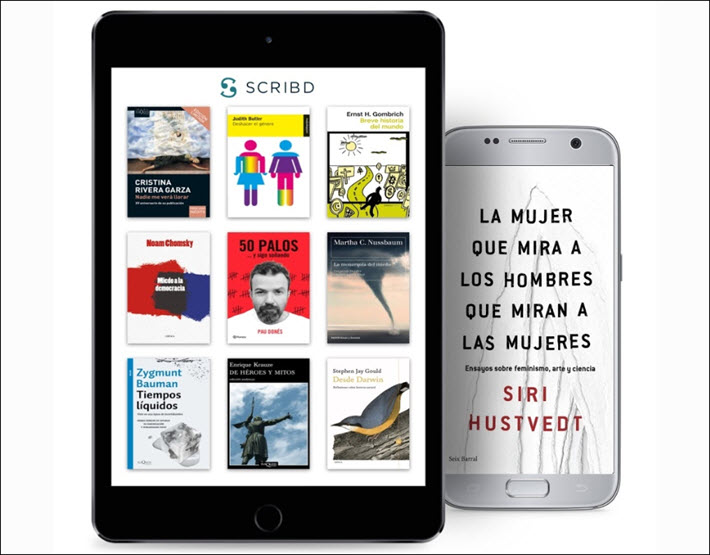 Adding some 1,000 titles to its catalogue, the Planeta books bring Scribd’s Spanish-language offer to more than 85,000 titles.

Scribd reports that its Grupo Planeta titles for México are available through no other subscription reading service in Latin America. Image: Scribd

‘Curated for Scribd’s Audience in México’

The arrangement is said to make more than 1,000 Planeta Spanish-language titles available to subscribers from imprints including Seix Barral, Paidós, Crítica, and Para Dummies. Scribd’s media messaging today says that the books included in the deal are not offered by another subscription reading service in Latin America.

A look at some of the offerings is here.

Scribd opened localized service in the Méxican market in October and reports double-digit growth in the region’s subscriptions since then, with its Spanish-language catalogue now holding more than 85,000 titles. Close to 30 million hours of Spanish-language reading have been done on the system so far this year, Scribd says.

Planeta Corporación, S.R.L., of course, is based in Madrid and operates not only in Latin America and Spain but also in France and Portugal.

‘To Spotlight Our Authors’ 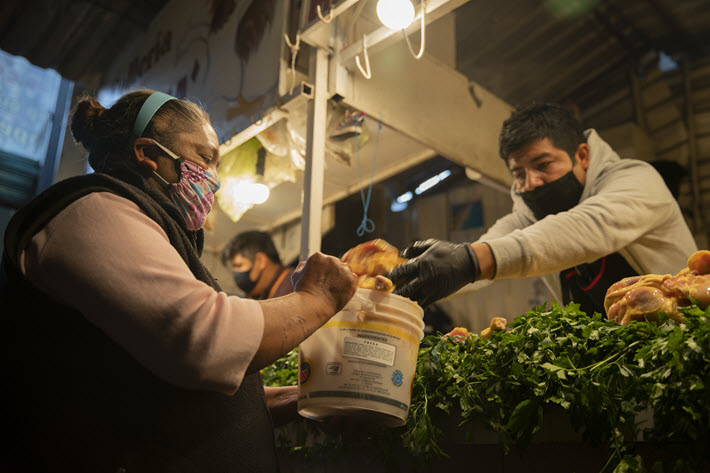 In Puebla on June 11, residents pick up donations from a chicken merchant to help with food shortages during the pandemic. Image – iStockphoto: Octavio Sanchez Octavio Sanchez Vazquez

In prepared statements for today’s announcement, Raul Pérez, head of digital at Planeta, is quoted, saying that the publisher’s relationship with Scribd “began with ebooks from our digital-only imprints Zafiro, Click, and Ediciones Corín Tellado and now includes a list of ebook titles curated especially for Scribd’s audience in México and the wider LATAM region.

“We believe this partnership will give us a unique opportunity to reach more Spanish-language readers in México, Latin America, and beyond, and we look forward to collaborating to spotlight our authors.” 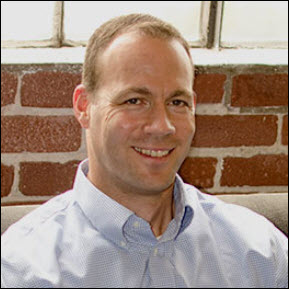 Speaking for Scribd, content acquisition and strategy vice-president Andrew Weinstein is quoted, saying, “We’ve seen tremendous growth in Spanish-language reading activity on our platform, and we anticipate seeing this trend continue as we forge new, and meaningful, relationships with more local publishers.”

The Planeta partnership follows one made by Scribd recently with Grupo Editorial Océano to include some of their Spanish-language (or translated) titles on the platform, including the work of the Nobel-winning Olga Tokarczuk, Carlos Monsiváis, John Gray, J.M. Le Clézio, Cristina Pacheco, F.G. Haghenbeck, Jorge Bucay, Guadalupe Loaeza, Robert Green, Ignacio Padilla, BEF, Lorenzo Meyer, and Ryan Holiday.

Now 14 years old, Scribd’s company material says it has more than 1 million ebook and audiobook titles, inclusive of the 85,000 Spanish-language works. The platform reportedly has some 100 million unique users monthly.

In April 2019, Publishing Perspectives readers will recall, the company began offering its “Scribd Originals” program with Mueller’s War by Aspen Institute’s Garrett Graff on the investigation into the Donald Trump campaign and Russia.

In its 5:34 a.m. ET update (0934 GMT), the Johns Hopkins Coronavirus Resource Center sees México as the world’s seventh leading market in caseloads, with 362,274 infections and a death toll of 41,190, making it the world’s fourth biggest market in fatalities. The population of México is some 126 million.

More from Publishing Perspectives on Scribd is here, more from us on subscriptions is here, and more on the Mexican market is here.