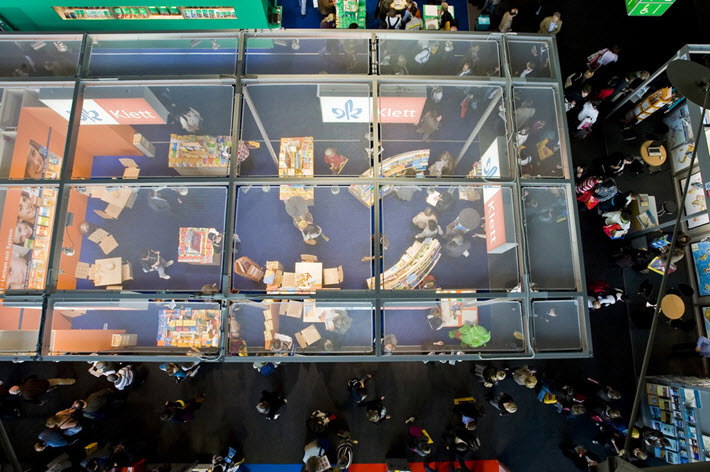 A shot from Hall 3.1 at the 2008 Frankfurter Buchmesse. Image: FBM, Fernando Baptista

As Publishing Perspectives readers will recall, Frankfurter Buchmesse opened its annual stand giveaway in February as usual—meaning that it would be awarding a free stand at the trade show to a promising startup related to the publishing business and one free stand to an international startup.

Since February, of course, the ground has shifted and although the book fair is forging ahead with its plans for a hybrid event October 14 to 18—with both physical and digital programming—it may well be that a company outside of Germany or Europe will be able to be present in person to utilize a free stand.

So it is that Frankfurt’s organizers are announcing today (July 15) that a company based in Munich called &Töchter Verlag is the winner of the free stand this year, chosen from 238 entries—apparently from both German and international startups—to receive an eight-square-meter inline stand (86 square feet), environmental and energy fees, marketing flat rate, the “Furniture & Light M” package and 10 trade visitor tickets.

&Töchter is a publishing operation run by five women. As “rauschen&Töchter,” the company holds curated readings via Instagram at unusual venues such as boxing clubs. And with “plauschen&Töchter,” it presents literature podcasts on well-known audio streaming platforms. 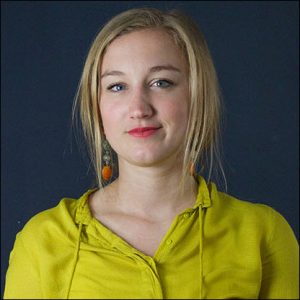 In a comment issued to the news media with the news of &Töchter’s win, the startup’s PR lead, Lydia Scherf, is quoted, staying that winning the sixth iteration of the competition “is a fantastic opportunity for us as a newly founded publishing house.

“The industry has welcomed us with open arms from the very beginning, which is why we’re all the more pleased to have this chance to present our ideas and first books in Frankfurt.

“We’re looking forward to interacting with other publishers, booksellers and above all readers.

“We’d like to talk about new publishing structures, promote sustainable book production and find ways of allowing people to experience literature together.”

Here are the five startups that were shortlisted for this year’s giveaway.

Katja Böhne, the director of marketing and communication at Frankfurt, in a prepared comment on the announcement today, says, “Simply starting up your own publishing company, including a podcast and event series, after completing your studies or training—this sort of founding spirit and commitment, as shown by the Wild Card winners &Töchter, is exactly what we need, especially in these complicated times.”

In other news from Frankfurt, the trade show has just made public an outline of its plans for the digital component of Frankfurter Buchmesse, and our story on that is here.