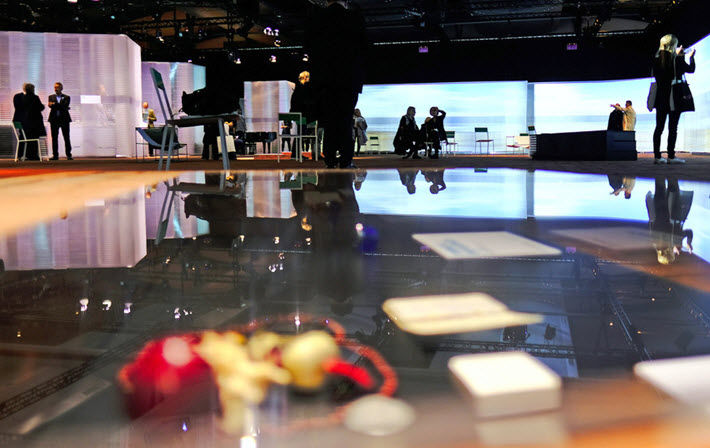 With Spain, Slovenia, and Italy all pushing back a year to accommodate the change, Frankfurter Buchmesse announces that Canada will be guest of honor at the 2021 book fair.

At the Guest of Honor Flanders and The Netherlands pavilion at Frankfurter Buchmesse, 2016. Image: FBM, Alexander Heimann

Four Guest of Honor Programs Adjust by a Year Each

The Frankfurter Buchmesse announces this morning (July 7) that Canada will postpone its guest of honor presentation by one year—from 2020 to 2021—in order to work around the challenges that the coronavirus COVID-19 is presenting this year.

Frankfurt’s messaging to the press praises Spain, Slovenia, and Italy—the fair’s confirmed guest of honor countries scheduled to follow Canada—for a cooperative effort that will see them also delay their presentations at the trade show, each by a year, to accommodate Canada’s postponement.

In the October 14 to 19 physical-and-digital evocation of Frankfurt Book Fair being developed, Canada—which is slated to be this year’s guest of honor—will stage a robust online presence but will wait until 2021 to mount its physical pavilion at the fairgrounds.

And with the other three markets contracted for their own guest of honor turns then shifting back a year as well, this gives us the following physical-show timetable:

“We would like to thank the guest of honor committees, publishers associations, and the authorities in Spain, Slovenia, and Italy,” says Frankfurt president and CEO Juergen Boos in a statement this morning, “who, out of solidarity with Canada, have agreed to postpone their appearances in Frankfurt for another year in order that Canada will have the best possible opportunity to present its literature and culture at Frankfurter Buchmesse in October 2021.

“At the same time,” Boos says, “we are looking forward to all the digital activities which will be presented by our Canadian partners during the 2020 Frankfurter Buchmesse.

“This year has presented us all with major challenges, and we’ve seen the international book community come together in response. This cooperation between Frankfurter Buchmesse’s confirmed guest of honor countries is just one of many examples.” 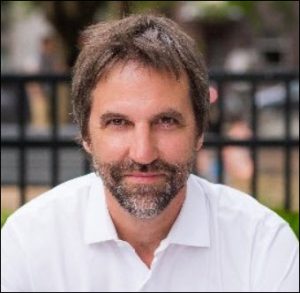 In turn, Steven Guilbeault, minister of Canadian Heritage, Ottawa’s cultural administration, says, “With today’s announcement, Canada can now take full advantage of the countless benefits that come with being a guest of honor country at Frankfurter Buchmesse.

“We would like to thank Spain, Slovenia, and Italy for agreeing to adjust their own guest of honor plans to accommodate our request, as well as Frankfurter Buchmesse for their help in facilitating these plans.

“Our 2020 virtual programming will be a taste of what’s to come with the full suite of programming planned for 2021, and we look forward to showing the world what’s in store this October.” 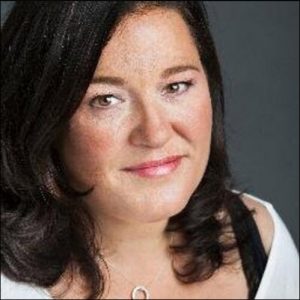 Caroline Fortin, who is the president of the Canada FBM2020 organizing program, is quoted in media messaging today, referencing the importance that international rights trading plays in any market’s guest of honor effort.

“Canada FBM2020,” Fortin says, “is pleased to postpone being guest of honor at Frankfurt Book Fair to 2021, and we will be pleased to work with our partners to support all the initiatives that will help promote our authors and illustrators, in order to ensure the sale of Canadian titles in Germany and around the world.”

‘A Spirit of Solidarity’ 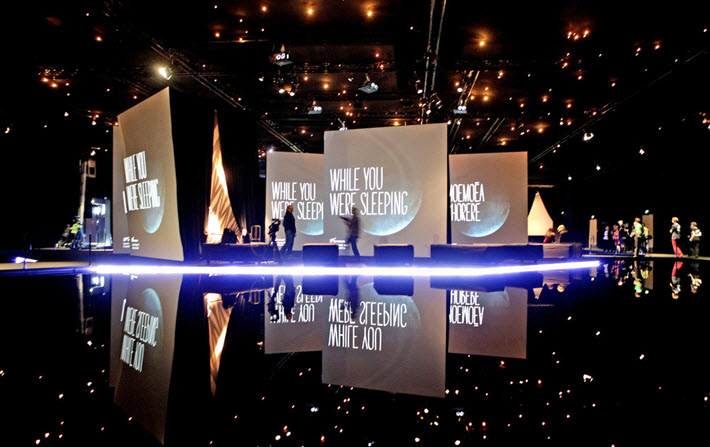 From the following three markets in the guest of honor lineup, supportive commentary is being released to the press to accompany the news.

José Manuel Rodríguez Uribes, Spain’s minister of culture and sport, is quoted, saying, “In these extraordinary times, we’re sure that the Spanish ministry of culture’s agreement to postpone our presence in Frankfurt as guest of honor until 2022 will both create a better opportunity for the Spanish book sector and will increase international cooperation and solidarity—together with Slovenia and Italy—that will ensure that the publishing industry can stay stronger after the pandemic.

“After consulting with Spanish publishers and authors about this decision, we truly believe that this resolution will allow us a bigger success in 2022.”

We have a report from Monday (July 6) on the approach Spain’s publishing players are taking to stabilize their marketplace and coordinate efforts at a recovery. 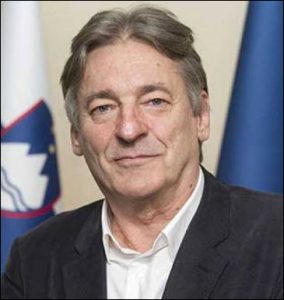 For the Slovenian program, now moving to 2023, the historian Vasko Simoniti, the country’s minister of culture, is quoted, saying, “After careful and thorough consideration, we have decided to postpone Slovenia’s title of guest of honor at Frankfurt from 2022 to 2023, as proposed by Juergen Boos.

“As we’re aware of the significance of the event for Slovenian literature and general recognizability of our country, we’ll do our utmost to carry it out.

“Although the postponement will certainly require some accommodations, we believe that the spirit of cooperation and mutual support will help us through the hard times the world is going through because of the COVID-19 pandemic. We’re glad that we’ve been able to coordinate our views with those of the administration of Frankfurt Book Fair and other countries and we believe that we’ll be able to successfully carry out the event in 2023.” 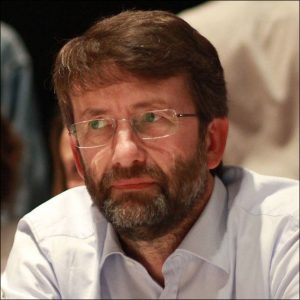 And from Italy, Dario Franceschini, Rome’s minister of cultural heritage, activities, and tourism, is quoted, saying, “Our consent to postpone Italy’s participation as guest of honor by one year to 2024 was a hard decision to make.

“We agreed to the proposal by Frankfurt Book Fair in a spirit of solidarity toward Canada and of mutual support with Spain and Slovenia, which will precede Italy in 2022 and 2023, forming a unique trio of European countries as guests of honor to at Frankfurt.

“Italy will participate in this year’s edition—which will be much different than originally imagined because of the pandemic—but which will be nonetheless a defining moment for the European cultural scene taking place at the same time as the German presidency of the Council of the European Union.

“Thanks to the opportunities provided by digital platforms, Frankfurt Book Fair will be once again this year the world capital of ideas. And during an age of upheaval, all world cultures must speak the same language: that of humanity.”

Also from Italy, Ricardo Franco Levi, familiar to our readership as the president of the Italian publishers association (Associazione Italiana Editori, AIE), sends a comment to Publishing Perspectives from Milan, saying, “As Italy’s participation as guest of honor at Frankfurt Book Fair is postponed from 2023 to 2024, we are more prepared and committed than ever: we are already working on building a path in this direction.

“This year’s edition, in which we’ll participate with a collective stand, marks a first step.

“The fruitful dialogue between the Italian, Canadian, Spanish, and Slovenian governments and Frankfurter Buchmesse—in collaboration with the respective publishers associations—has paved the way for an objectively difficult but fully harmonious decision, allowing us to put renewed effort into bringing Italian publishing and culture to the center of European and global attention in 2024.”

Context Around the Guest of Honor Program

As Publishing Perspectives readers know, a guest of honor designation at Frankfurter Buchmesse involves much more than a five-day special exhibition at the show that caps the effort. 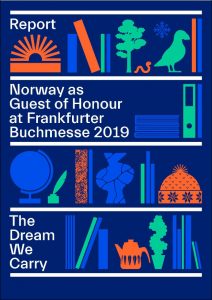 As was reflected in our June 15 report on 2019 Guest of Honor Norway’s assessment of its program, these programs require years of preparation and expense, and are played out on the ground in a year of programming in Germany and in the guest’s home country prior to the appearance at Messe Frankfurt.

Some 200 authors from Norway, for example, presented books in more than 100 venues in Germany, Switzerland, and Austria in the run-up to the 2019 trade show, and the program had a cost equivalent of around US5.4 million, according to the organizing leadership at NORLA, Norwegian Literature Abroad.

And two of the three markets now adjusting their own guest of honor scheduling as part of the change announced today are among the hardest hit in Europe by the ongoing coronavirus COVID-19 pandemic.

In tracking 510 Norwegian titles on the German market in 2019, NORLA’s officials say, “The Norwegian guest of honor status was used as an arena for the presentation of myriad voices from Norway, as well as sparking the joy of reading and, not least, it served as a platform for promoting freedom of speech.”

The Johns Hopkins Coronavirus Resource Center in its 5:33 a.m. ET update today (0933 GMT), sees Spain, for example, as struggling with the ninth highest caseload in the world, at 251,789 infections and 28,388 deaths in a population of 47 million.

Canada stands in 20th place in caseload, with Johns Hopkins seeing 107,815 cases there and 8,748 deaths in a population of 38 million.

And Germany today is at 17th among nations for caseload, reporting 107,815 cases and 9,028 deaths in a population of 83 million. AtThe New York Times this morning, Anna Sauerbrey is writing of how “the pandemic has burnished Angela Merkel’s reputation as one of the country’s best leaders.”