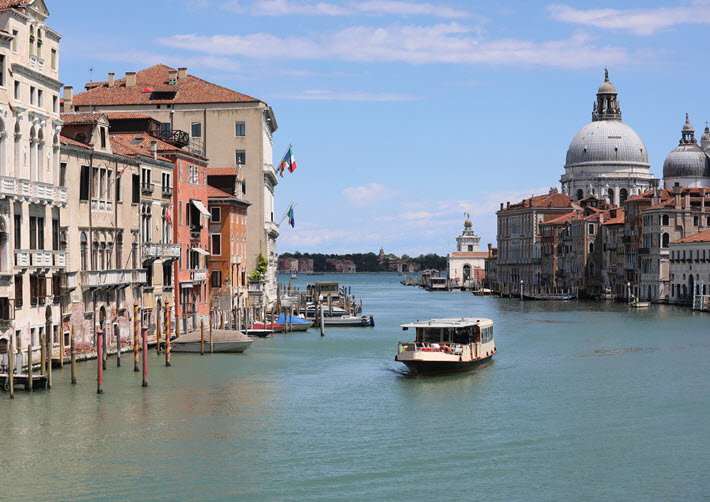 A lone vaporetto operates on the Grand Canal in Venice in this shot from Sunday (July 12). Image – iStockphoto: Chicco Dodi

No Time For Reading During Lockdows: 47 Percent

In May, the percentage of Italians 15 to 74 years old who said they’d read at least one book in the last 12 months fell by 15 percentage points, as compared to March of the previous year. This means that only 58 percent of readers surveyed say they’d read a book in a year’s time.

And when asked about March and April—the most direly affected months this spring, when Italy became Europe’s epicenter for the coronavirus COVID-19 contagion—the figure drops to 50 percent.

Taken out to a year, or 12 months prior to this year’s March and April, and the percentage goes even lower, to 42 percent.

Thirty-three percent said they simply were too worried to gather their thoughts and read during lockdowns.Associazione Italiana Editori

These indicators say to the Italian publishers’ association (Associazione Italiana Editori, AIE) that the pandemic has actually decreased, not increased, recent reading. And one reason this is interesting is that in some markets—we were looking at the Indian market yesterday, for example, in Nielsen Book India’s new research—the opposite is the case: consumers report that lockdown periods and other restrictions have boosted reading time.

In the Italian study, performed with AIE by Italy’s Center for Books and Reading in Rome, “The numbers of the confirm the critical issues for reading and our book business supply chain—indispensable for the country’s cultural and economic growth,” according to Paola Passarelli, the country’s directorate-general for libraries and copyright, a division of the ministry for cultural and tourism assets and activities.

“The government is aware of this,” Passarelli says, “and for this reason it is making a significant response by providing direct interventions such as a fund for the purchase of books by public libraries and cultural support for needy families.”

The Fear: An “Abandonment of Reading’ 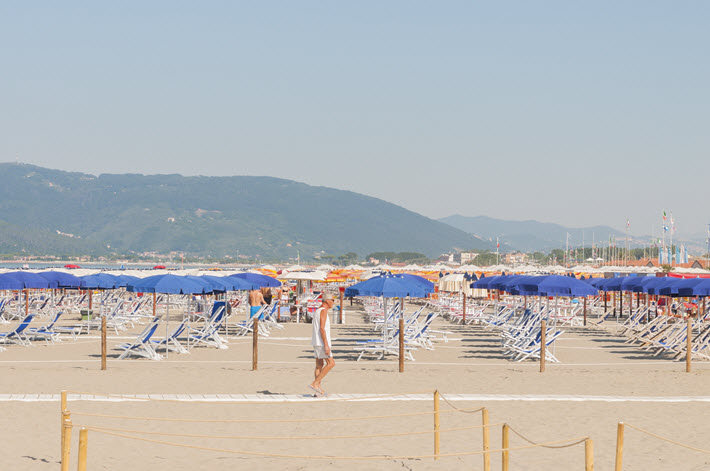 The beach at Carrara (between Genoa and Pisa) on Wednesday (July 15). Image – iStockphoto: Cristian Storto

For years prior to the pandemic, the Italian book industry has focused on “the habit of reading” as an essential element of culture it’s been trying to nourish. Now, as the contagion’s impact becomes better understood, today’s messaging from Milan (July 16) talks of too many Italians “abandoning reading” under the pressure of the crisis. 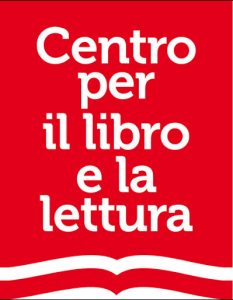 “The abandonment of reading by Italians is a phenomenon of society that must be tackled at all levels,” says Diego Marani, president of the Center for Books and Reading.

“This is a trend that was already in place before the pandemic and which must be contrasted with measures that affect the behavior of society as a whole.

“Targeting young people and schools is no longer enough. Families, businesses, institutions at all levels must be involved, even with a reevaluation of the written word in job interviews, exam tests, public competitions.”

In the new study, “reading” includes both print and digital formats (audiobooks and ebooks). The publishers’ association provides these points of concern:

To anyone contending with the pandemic—and that’s about all of us—some if not all of these points have some resonance. We know, for example, that audio listening took a hit in some markets during lockdown because a commute to and from work had disappeared and because—as is echoed in this survey—finding time for oneself to focus on listening or reading was harder at home with the family.

The Reality: A Sharp Drop in Unit Sales 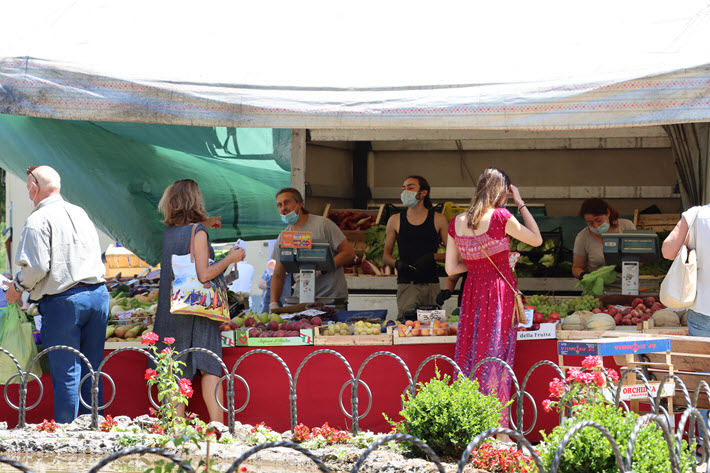 An open-air market in Panzano in Chianti on July 5. Image – iStockphoto: Federico Fermeglia

Some 35 percent said they didn’t have enough space to concentrate on reading while home-bound.Associazione Italiana Editori

“The market is at risk for a serious decline,” today’s media messaging says, because those who identify themselves as “strong readers” comprised only 3.5 million, rather than the previous year’s 4.4 million, a drop of 20 percent. In May, “strong readers” said they purchased 30.2 million copies of books in the 12 months prior, and that’s 45 percent down from the 5.14 million copies they were citing last year.

The center’s Angelo Piero Cappello says that what’s playing out is an acceleration of negative trends in “social phenomena, habits, and cultural consumption” already sliding for years. The pandemic seems to have amplified the speed and the decline of book buying and reading, and “We will have to deal with this.

“In this photograph of change,” he says, referring to the study, what becomes clear is that both the industry and the society have to take hold with a new understanding of what’s happening in books and their consumption.

AIE chief Ricardo Franco Levi is calling, as ever, for more attention from the Conte government to what the study is showing that “Supporting public and private demand for books, combating educational poverty, direct aid to small publishers and booksellers, and the initiatives that have been most affected by social distancing—such as fairs, festivals, and exhibitions—are necessary cultural assets that must be protected and funded by the government and the parliament in Rome.”

The latest brief from the association’s offices shows eight of 10 smaller publishers saying that they can’t rule out closing completely by the end of 2020 without subsidy and an upturn in business.

A small publishers’ group, headed by Deigo Guida, is praising government efforts to help fund bookstores but says that the small publishing houses have been left out of aid and “now find themselves in a true emergency situation.” 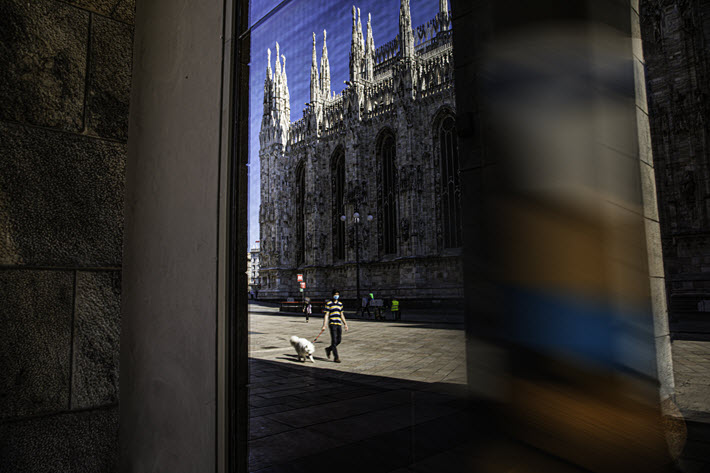