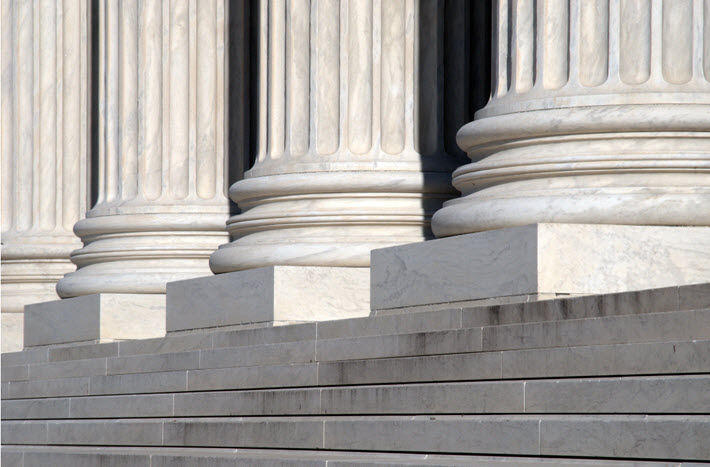 Alleging ‘a profound disrespect for the value chain of copyright,’ the Association of American Publishers goes to court over the Internet Archive’s ‘National Emergency Library’ and ‘Open Library.’

Today (June 1), four publisher-members of the Association of American Publishers—including three of the Big Five—have filed a copyright infringement lawsuit against the Internet Archive, in the US District Court for the Southern District of New York.

The suit asks the court to enjoin the archive’s “scanning, public display, and distribution of entire literary works”—which it offers to the public through what the association terms “global-facing businesses” branded the Open Library and National Emergency Library. These are found at both openlibrary.org and archive.org.

The Internet Archive, the association states in media messaging this morning, “has brazenly reproduced some 1.3 million bootleg scans of print books, including recent works, commercial fiction and non-fiction, thrillers, and children’s books.”

Publishing Perspectives readers are familiar with the controversy. In April, as the coronavirus COVID-19 pandemic was reaching some of its most dynamic levels yet in parts of the United States, US Sen. Thom Tillis (R-NC) wrote to Brewster Kahle, chief of the San Francisco-based Internet Archive.

“I am deeply concerned,” Tillis wrote, “that your ‘Library’ is operating outside the boundaries of the copyright law that Congress has enacted and alone has jurisdiction to amend.”

In making the announcement of today’s court filing, Maria A. Pallante, president and CEO of the association, says, “Today’s complaint illustrates that the Internet Archive is conducting and promoting copyright infringement on a massive scale. In scanning and distributing literary works to which it has no legal or contractual rights, the archive deliberately misappropriates the intellectual and financial investments of authors and publishers and brazenly ignores the copyright law that Congress enacted.

“IA operates with profound disrespect for the value chain of copyright, in which authors, publishers, bookstores, platforms, educational institutions, and libraries work together for the benefit of society, whether during prosperity or a pandemic.”

Referring to a list at the association’s site of steps that publishers are taking to provide services and information during the coronavirus emergency, Pallante says, “One need only look to the generous responses of these partners to the ongoing COVID-19 health and economic crises to appreciate their creative collaborations and shared commitment to connecting readers of all ages to a wonderful diversity of literature, scholarship, and learning solutions.

“Regrettably, it seems clear that the Internet Archive intends to bludgeon the legal framework that governs copyright investments and transactions in the modern world. As the complaint outlines, by illegally copying and distributing online a stunning number of literary works each day, the Internet Archive displays an abandon shared only by the world’s most egregious pirate sites.”

Lotinga: ‘No Excuse To Use the Current Crisis’

The American association has had quick support this morning from its counterpart organization in the UK market.

From London, Publishers Association CEO Stephen Lotinga says, “We stand fully in support of this action by the Association of American Publishers, which reflects the very significant concerns held by publishers and authors about this site.

“The Internet Archive purports to be a library but it is not and behind that guise it is facilitating the distribution of millions of pirated books without paying a penny to the authors and publishers who produce them.

“We are living in unprecedented times, and that’s why publishers have gone out of their way to make content accessible to those who need it, but there’s no excuse for anyone to use the current crisis to infringe copyright in this way.”

On behalf of its more than 11,000 members, the Authors Guild has been, with the Association of American Publishers, one of the most outspoken opponents of the Internet Archive’s digital lending efforts.

Having made clear its position in January 2019 on the notion of “controlled digital lending” on which Kahle’s “National Emergency Library” and “Open Library” rest, the guild

Today, the guild has issued a statement of support for the publisher-plaintiffs in the newly launched lawsuit.

Author Douglas Preston, who is the current president of the Authors Guild, writes in his own comment for the press:

“The Internet Archive’s wholesale scanning and posting of copyrighted books without the consent of authors, and without paying a dime, is piracy hidden behind a sanctimonious veil of progressivism. The Internet Archive hopes to fool the public by calling its piracy site a ‘library’; but there’s a more accurate term for taking what you don’t own: it’s called ‘stealing.’

“What the Internet Archive is doing is no different than heaving a brick through a grocery store window and handing out the food—and then congratulating yourself for providing a public service.

“It’s not a public service to violate the rights of thousands of hard-working authors, most of whom desperately need the income. We authors want everyone to have access to books, but there are already thousands of excellent public libraries in the United States devoted to providing free access to ebooks.

“Legitimate libraries pay for those e-books, and a portion of that flows back to authors as royalties, helping ensure they can continue to write.”

And the guild’s executive director Mary Rasenberger—who, like the AAP’s Pallante, has an extensive background in copyright law—says, “The Internet Archive has demonstrated a blatant disregard for authors’ copyrights and a lack of respect or acknowledgement that creators deserve to be compensated for their creative work

“It’s a slap in the face for authors, whose writing incomes are already down for full-time authors nearly 42 perccent in the past decade, according to the 2018 Authors Income Survey.

For most authors, losing even a small royalty can make a big difference to their income, and yet the Internet Archive has taken it upon themselves to chip away even more at their ability to make a living.

“We offered to work with Internet Archive in 2017 to create a licensing system that would make the ‘Open Library’ compliant with copyright law, and that offer was rejected. The Internet Archives’ unwillingness to work with authors and publishers to make their program legal unfortunately made a lawsuit the only recourse.”

She refers here to an open letter to Kahle’s operation from 2017, which can be read here.

Clarifying the Case: ‘No Thought to the Impact’

In notifying the news media of the court filing today, the Association of American Publishers lays out its rationale, in part, this way, drawing a sharp distinction between what its membership sees as the legitimate activities and latitude of a library and the activities that are the focus of its lawsuit.

“What the Internet Archive is doing is no different than heaving a brick through a grocery store window and handing out the food—and then congratulating yourself for providing a public service.”Douglas Preston, Authors Guild

“Despite the self-serving library branding of its operations,” the AAP’s staff writes, “the Internet Archive’s conduct bears little resemblance to the trusted role that thousands of American libraries play within their communities and as participants in the lawful copyright marketplace.

“The Internet Archive scans books from cover to cover, posts complete digital files to its Web site, and solicits users to access them free by signing up for Internet Archive accounts. The sheer scale of the Internet Archive’s infringement described in the complaint—and its stated objective to enlarge its illegal trove with abandon—appear to make it one of the largest known book pirate sites in the world.

“The Internet Archive publicly reports millions of dollars in revenue each year, including financial schemes that support its infringement design.

“In willfully ignoring the Copyright Act, the Internet Archive conflates the separate markets and business models made possible by the statute’s incentives and protections, robbing authors and publishers of their ability to control the manner and timing of communicating their works to the public. The Internet Archive not only conflates print books and ebooks, it [also] ignores the well-established channels in which publishers do business with bookstores, e-commerce platforms, and libraries, including for print and ebook lending.

“By illegally copying and distributing online a stunning number of literary works each day, the Internet Archive displays an abandon shared only by the world’s most egregious pirate sites.”Maria A. Pallante, Association of American Publishers

“As detailed in the complaint, the Internet Archive makes no investment in creating the literary works it distributes and appears to give no thought to the impact of its efforts on the quality and vitality of the authorship that fuels the marketplace of ideas.”

The association repeatedly returns to the sheer scale of the Internet Archive’s activities in this area, asserting that illegal use of content is not limited to “the occasional transmission of a rare or aging title under appropriately limited circumstances, nor about anything permissioned or in the public domain.” Instead, the AAP’s messaging says, the archive “solicits and collects truckloads of in-copyright books,” purposely denigrating their commercial value by making them available without compensation.

“As the complaint alleges,” writes the association’s staff, “there are no provisions under copyright law—not library or educational exceptions, not fair use, not the first sale doctrine, nor anything in the Digital Millennium Copyright Act—that support IA’s theft or the manner in which it steals.”

Publishing Perspectives is contacting the Internet Archive for any statement it may wish to make.

More from Publishing Perspectives on copyright is here, more on ‘controlled digital lending’ is here, more on the Internet Archive is here, and more from us on the coronavirus COVID-19 pandemic and its impact on international book publishing is here and at the CORONAVIRUS tab at the top of each page of our site.