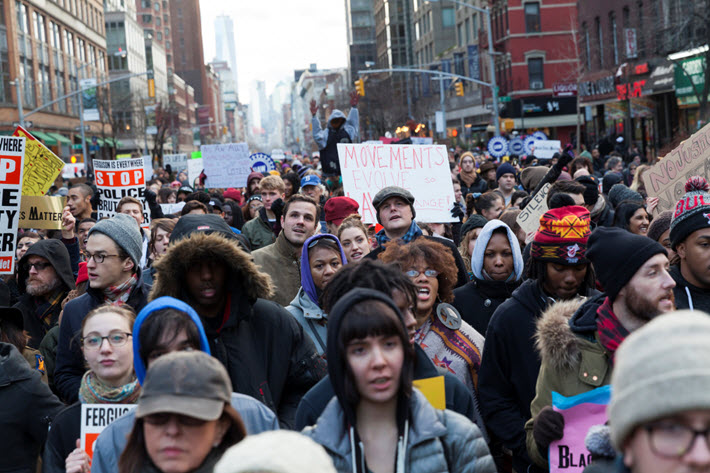 Rejecting ‘the white supremacist structure upon which so many of our presses were built,’ AUPresses vows ‘to lift up those who have been historically harmed and silenced by our collective inaction.’

Almost anyone who has worked for a time in publishing knows how difficult it can be when current affairs create controversies in the cultures in which they work.

Certainly, politically charged issues of the past few years—the Donald Trump administration in the United States, Brexit in the United Kingdom, the climate crisis worldwide among them—have at times handed publishing’s people hard decisions in terms of ethical challenges and public positioning.

This morning (June 2), the Association of University Presses (AUPresses)—with offices in New York City and Washington, DC—has come forward with a statement to the news media, condemning racist violence. The statement reads, in part:

“The Association of University Presses holds among our core values diversity and inclusion. As an organization and as a community, we mourn the lost lives of George Floyd, Breonna Taylor, Ahmaud Arbery, and so many others, stolen by the systemic racism at work in the United States.

“We condemn police brutality and other forms of socially sanctioned racist violence. And we stand in solidarity with all who continue to seek justice, to imagine equity, and to enact a different world.

“Many of our member presses put the values of diversity and inclusion into the world in a tangible way, playing major roles over the last few decades in amplifying the voices of scholars who originated African American studies, native studies, and LGBTQ studies, among other groundbreaking fields. These works are readily available to provide insights and are frequently cited as resources in response to police brutality or white supremacist violence.

“But we have only to look to evidence such as that found in the Lee & Low Diversity Baseline Survey, indicating in 2019 that our ranks are 76-percent white, to know that holding a value is not sufficient. Every day our professional community—just as our personal communities—must work toward equity, toward inclusion, and toward justice.”

To mark its establishment of a position on the matter, the association today has released an AUPresses Statement on Equity and Anti-Racism, “declaring that upholding these core values requires ‘introspection, honesty, and reform of our current practices, the interests they serve, and the people and perspectives they exclude.’

“Only with systems of accountability in place to protect and lift up those who have been historically harmed and silenced by our collective inaction will we succeed in dismantling the white supremacist structure upon which so many of our presses and parent institutions were built. How to support these efforts sustainably across the industry must be considered a priority for the association, its members, and its executive board as well as the main focus of the equity, justice, and inclusion committee.”

‘To Act on Our Colleagues’ Specific Recommendations’

“Our inaugural EJI Community Read,” program, the press staff writes, “is another piece of this witness and work, and many member presses are organizing their staffs to read these essential selections: White Fragility by Robin D’Angelo (Beacon, 2018) and Invisible People by Alex Tizon (Temple, 2019). Our community’s full list of nominations for the Community Read project provides a wider lens through which to understand current events across the United States as people protest and seek to right the wrongs of systematic racism and the long injustices of white supremacy.

“As a community of publishers we are called to discuss and absorb what these authors have to say and to act on our colleagues’ specific recommendations—such as explicitly anti-racist training for managers, amelioration of the no- and low-wage entry points to our industry, and new recruitment and promotion strategies—with a goal of making equity a lived experience.”

Needless to say, the arrival of this message from the university presses has been prompted by the death of George Floyd, an African-American who was killed on May 25 in a police action. Derek Chauvin, an officer of the Minneapolis Police Department, was taped kneeling on Floyd’s neck on a city street. Chauvin is in custody and charged with third-degree murder and manslaughter. The three officers who participated in the arrest in which Chauvin died have been fired from the police force but not yet charged or arrested.

Unrest has swept the United States since, largely peaceful daytime protests turning to rampaging violence at night, curfews often ineffective in 40 or more cities from the East to the West, all against a backdrop of political brinkmanship by the White House administration.

And in making its statement, the association goes directly to one of the most difficult parts of the social devastation of racism, pointing out that it’s too easy to speak to the issue without embracing and engaging in change. The association’s member-publishers call out the names of people who have died in American police brutality in recent years, writing:

“George Floyd, Breonna Taylor, Tony McDade, Ahmaud Arbery, Eric Garner, Tamir Rice, Sandra Bland, Philando Castile, Michael Brown. The devastating list goes on and on. Yes, say their names. Yes, do the reading. But we must also live and work as though we have listened.”