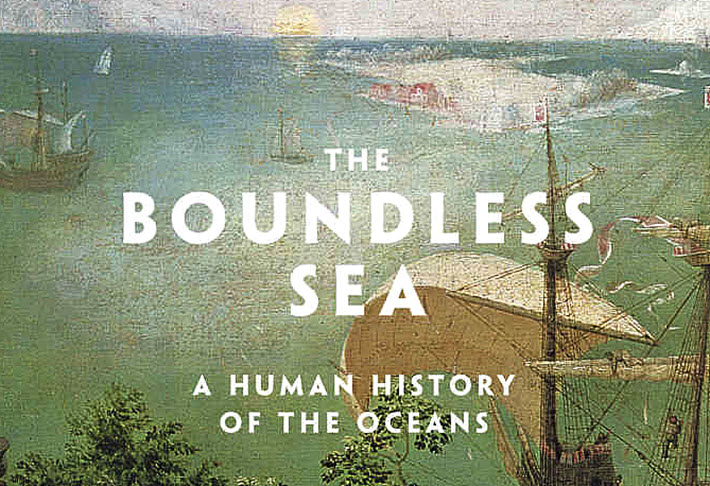 ‘We are living through rather more history at the present time than most of us would ideally choose to do,’ says Wolfson jury chair David Cannadine in the digital prize announcement.

Overnight in London, the Wolfson History Prize has digitally announced David Abulafia to be its 2020 winner for his book The Boundless Sea: A Human History of the Oceans (Penguin Books/Allen Lane, 2019).

In close to 50 years of operation, the Wolfson has awarded more than £1 million (US$1.2 million) in prize money to more than 100 writers. It annually offers a purse of £40,000 (US$50,581) to its winner and £4,000 ($5,058), in keeping with the comparatively large cash awards found in most of the serious history-writing awards. It’s considered the richest such offer in the United Kingdom.

Normally, the prize’s big moment would be announced in early- to mid-June at Claridge’s. This year, of course, it was relegated to the densely crowded world of publishing-related online “ceremonies” and webinars, and the program included former Wolfson winners Mary Beard (2009), Peter Marshall (2018), and Mary Fulbrook (2019). 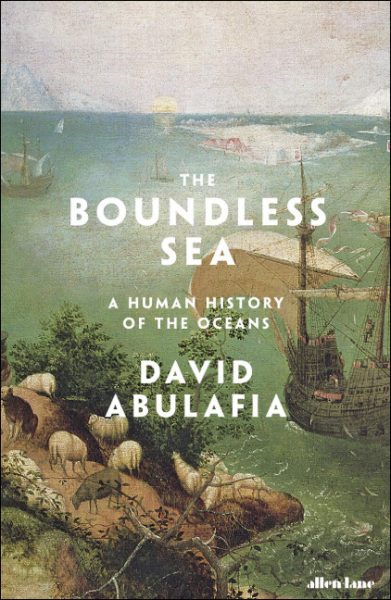 Perhaps pointing to a welcome internationalist direction, the prize’s shortlist this year had what organizers call “a distinctly global outlook, with five of the six shortlisted titles exploring non-British history.”

Jury chair David Cannadine in the recorded comments of the video announcement—with its determinedly resolute string-section music bed—does get off a good line about how “It can be argued that we are living through rather more history at the present time than most of us would ideally choose to do.”

And that’s the closest you’ll get to a president of the British Academy saying, “Enough history, thanks, we’re full up.” Cannadine assures us, however, that there are “many lessons to be learned from earlier outbreaks as we struggle to come to terms with the medical, economic, and social disruption of COVID-19″—all to be found, of course, in historians’ writings on bygone outbreaks.

In addition to the winning book from Abulafia, the shortlist this year has comprised:

”Thousands of Years of History’

Abulafia’s book, the program says in its media messaging “reveals the importance of the sea to all of our stories, highlighting how it has shaped human societies and cultures for millennia. 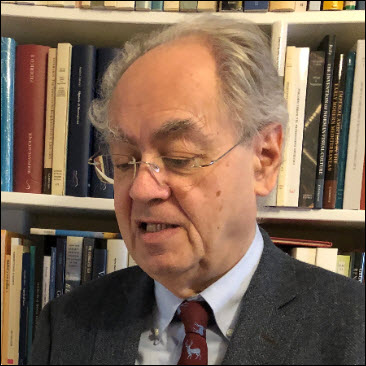 “Abulafia takes readers around the [world] and through thousands of years of history, exploring the earliest Polynesian seafarers, who navigated by stars; Viking raids in Northern Europe; piracy in the Caribbean; the Atlantic slave trade; naval skirmishes; through to the realities of modern-day super-shipping.”

In an acceptance statement, Abulafia—who is emeritus professor of Mediterranean history at Cambridge—is quoted, saying, “Winning the Wolfson History Prize I see as a tribute to all of us who have been trying to communicate history to the public, writing in an accessible way without jargon, and making sure that people see the past as an essential part of our human experience.”

Cannadine, for the prize, calls the title “a book of deep scholarship, brilliantly written.”

And Paul Ramsbottom, who leads the Wolfson Foundation, says, “This year’s Prize ceremony was [digital] for the first time but the essence of what the prize has stood for across nearly five decades remains constant. We celebrate the importance to society of outstanding and accessible history writing.

“David Abulafia’s book is magnificently ambitious, brilliantly examining the changing, extraordinary connections between the vast oceans and humanity. While broad in chronological sweep, this clearly has a strong contemporary resonance—as our relationship with the natural world (including the oceans) is under scrutiny as never before.”

The Wolfson History Prize is run by the foundation, an independent charity that awards grants in the fields of science, health, heritage, humanities, and the arts.

We embed the announcement video, 21 minut3es, for you here.

More from Publishing Perspectives on publishing and book awards is here. And more from us on the coronavirus COVID-19 pandemic and its impact on international book publishing is here and at the CORONAVIRUS tab at the top of each page of our site.