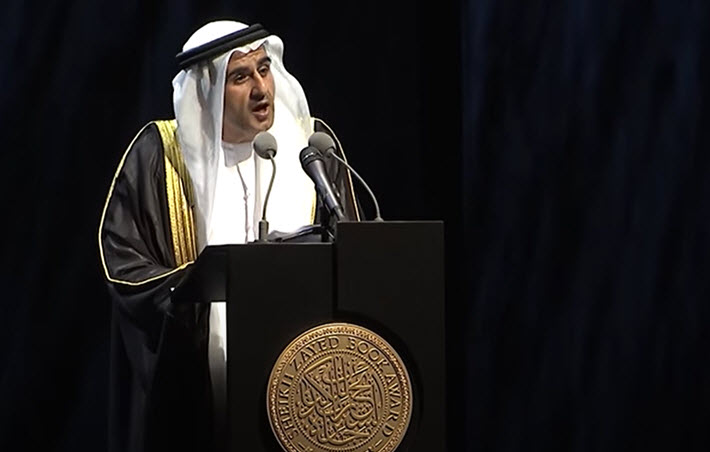 Now in its 15th year, the Sheikh Zayed Book Award opens its call to nominations. Publishers, authors, and scholars are invited to submit titles for the 2021 prize.

The Sheikh Zayed Book Award program, well known to Publishing Perspectives’ internationalist readership, has opened its submissions for the 2021 prize cycle, which will again provide each of its winners with a purse of 750,000 United Arab Emirates dirhams (US$204,192).

In its 15th year, the program again will operate in nine categories:

Today (June 1), the program is opening a registration tool online to provide more information and application for each of the categories.

The Zayed Award organizers say in a note that they’re accepting print copies in submission “in light of the improving COVID-19 situation around the world.” Depending on the market from which you read that, you may or may not agree that the coronavirus COVID-19 pandemic conditions—still without therapeutics or vaccine—are improving. Just days ago, the Cundill History Prize in Montreal, another lucrative award program, announced that its jurors are working entirely digitally for safety. 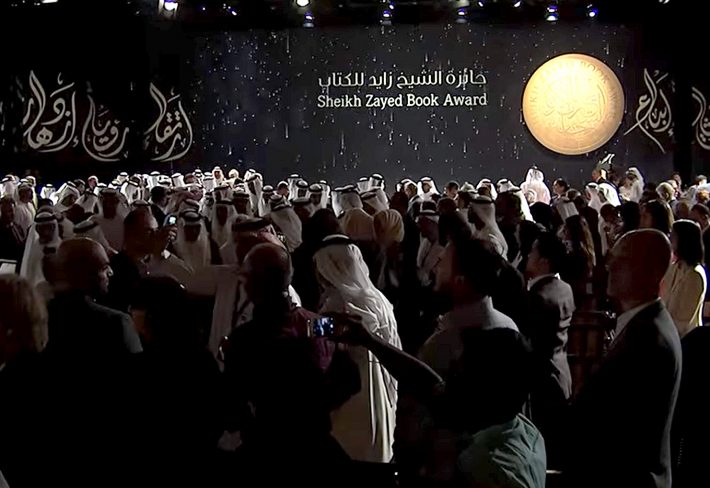 At a winners’ and audience reception after one of the Sheikh Zayed Book Award prize ceremonies. Image: SZBA

Based in Abu Dhabi, the Sheikh Zayed Book Award program’s submissions process has a deadline of October 1 and is open to nominations from publishers, translators, universities, and authors of any nationality.

Rapidly gaining in visibility among world awards programs, the Zayed Award is geared to getting literature of the Arab world into international markets. To that end, the Literature and Children’s categories have translation funding available to support publication in markets outside the region, with a focus on English, German, and French.

The program, of course, is led by Dr. Ali Bin Tamim, secretary general of the Zayed Award and chair of the Abu Dhabi Arabic Language Authority. In a prepared statement, Tamim is quoted, saying, “This year, we have learned that whatever happens, culture endures and adapts to the most difficult of circumstances.

“As the rich cultural life of the Arab world continues to flourish, I urge writers, publishers and scholars around the world to bring the fruits of their labor to the judges’ attention.”

Tamim, in fact, has presided over a record year of submissions for the 2020 prizes, seeing 1,904 nominations arrive from 49 nations, as a new infographic from the program reveals: 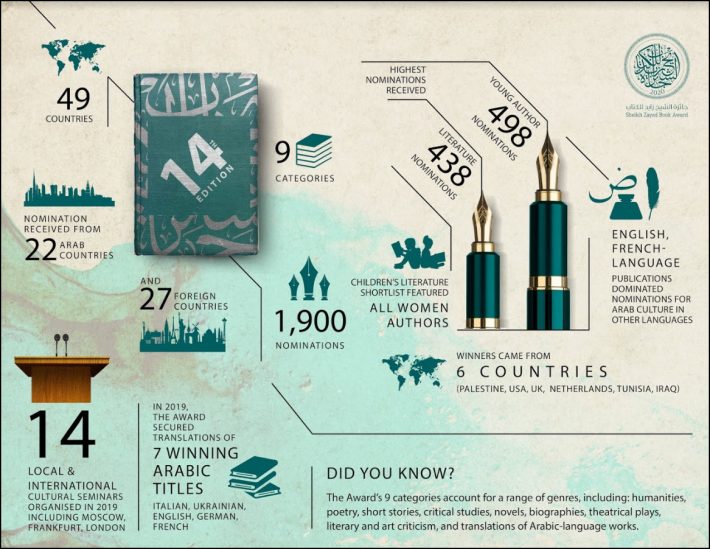 Statistics from the 2020 prize cycle, which was the 14th anniversary of the Sheikh Zayed Book Award. Image: SZBA

Except for works entered in the Translation and Arabic Culture in Other Languages categories, of course, content submitted for consideration must be published in Arabic.

The award was established in 2006 under the authority of the Abu Dhabi department of culture and tourism. The jurors who work through the first stages of the evaluations are appointed by the Scientific Committee.

More from Publishing Perspectives on the Sheikh Zayed Book Award is here, more on Arabic literature is here, more on translation is here, and more from us on the coronavirus COVID-19 pandemic and its impact on international book publishing is here and at the CORONAVIRUS tab at the top of each page of our site.