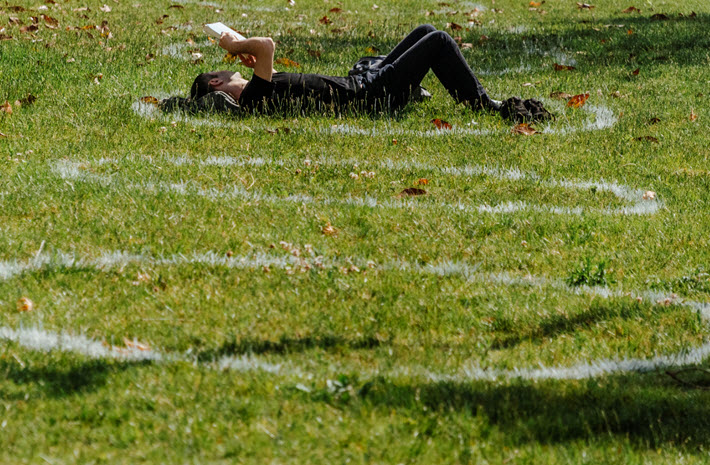 ‘The Register, Vocabulary, and Rhythm’

On Saturday (June 13), translator Duncan Lien will participate in a “digital salon” called “Translating Cultural Identity.” In the session, Lien will be joined by his fellow translators Alta L. Price and Tess Lewis, and registration, free of charge, is available for the event is here. The program is also to be streamed on Facebook at the Goethe-Institut’s page.

Lien is the 2020 winner of the Gutekunst Prize of the Friends of Goethe New York, administered by the Goethe-Institut New York. The prize comes with a purse of US$2,500.

In 2010, the Goethe-Institut New York received a donation in memory of Frederick and Grace Gutekunst. A prize was created from this donation to identify outstanding younger translators of German literature into English and to assist them in establishing contact with existing translation and publishing communities. As of 2017, the prize has been supported by the Friends of Goethe New York.

Lien, a third-year PhD candidate in comparative literature at Penn State, has a specialty in transnational German literature and focuses on German-Turkish relations.

He has won the Gutekunst Prize for his translation of an excerpt from Dilek Güngör’s novel Ich bin Özlem (I am Özlem, Auflage/Verbrecher, 2019). In his book, Güngör describes the strength it takes to assert oneself in a society that’s focused on a question of belonging, identity and “true” origins.

Jurors for this year’s competition were writer and editor Jeremy Davies and translators Lewis and Price (herself a Gutekunst winner)—who will be with Lien online in the session on Saturday. Their process made each submission anonymous and the jury’s decision was unanimous. In a statement of rationale about their selection, the jurors write: 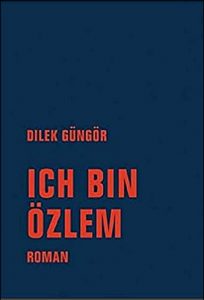 “Duncan Lien’s supple translation not only persuasively captures Özlem’s voice but also the contradictory and complementary emotions and tones that shift throughout the narrative.

“There’s a sense of shame pervading her account but also one of pride, impatience with her heritage and nostalgia for it, genuine affection for her family, and a longing to shed what they represent. Sometimes these emotions alternate, sometimes they overlap.

“Lien’s accomplishment in these 11 pages is having found the register, vocabulary, and rhythm to make them tangible. This year, the 34 entries were particularly strong but Duncan Lien’s stood out for its inventiveness and sprezzatura.”

And in discussing his work, Lien is quoted, saying, “Dilek Güngör’s 2007 work Das Geheimnis meiner türksichen Großmutter was one of my first encounters with Turkish-German writing, so it was a particular pleasure to return to her latest novel Ich bin Özlem as a translator. 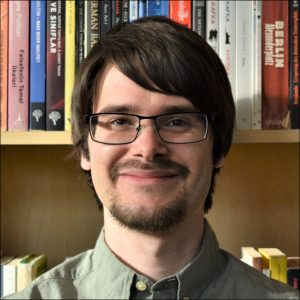 “Since then, I’ve lived in Turkey and come to a position of familiarity with Turkish culture as an intimate outsider.

“Although fundamentally different from the protagonist Özlem, who’s born in Germany to Turkish parents, this did offer me a privileged position to appreciate her often ambivalent relationship to elements of Turkish culture.

Moreover, it helped to make clear that neither the character nor her story can be understood solely in terms of cultural conflict.”

Lien’s dissertation project at Penn State examines the Cold War-era labor and political migration in the genesis of Turkish-German literature. In addition, Duncan has published on Turkish-Albanian literary encounters and his article “Rehearsing Better Worlds: Poetry as A Way of Happening in the Works of Tomlinson and MacDiarmid” appeared in Philosophy and Literature.

Past Winners of the Gutekunst Prize

More from Publishing Perspectives on publishing and book awards programs is here. More from us on translation is here and more of our Industry Notes series is here.