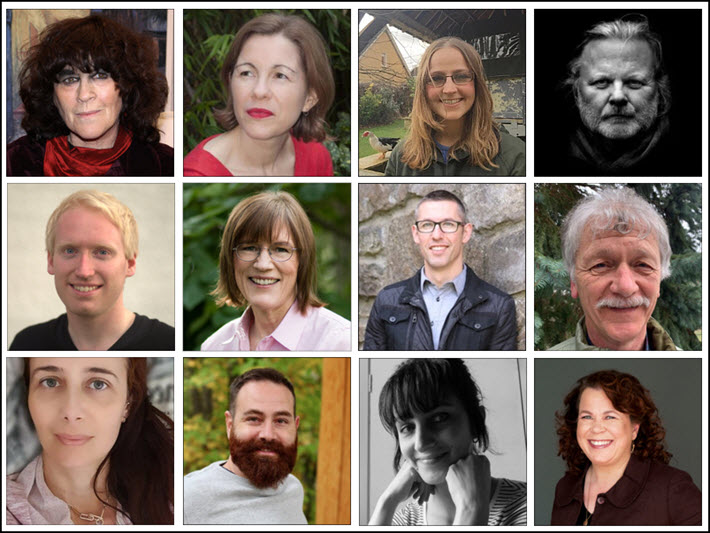 Today’s deals include fiction, nonfiction, and children’s books from Europe and the Americas. One title was longlisted for the International Booker this year. Another is from a generation ago.

We’ve reached a curious moment, perhaps even in the course of a contagion’s pandemic, when we see dazzling reckless selfishness demonstrated by some people and their governments. And we see on the other hand, the sturdy, bracing realistic wisdom of others. Too much of the first, too little of the latter.

Don’t let your eyes glaze over when you check the statistics.

At this writing, the 5:33 a.m. ET update (0933 GMT) of the Johns Hopkins Coronavirus Resource Center cites a world total of 8.5 million confirmed infections and a global death toll of 454,230. The pandemic is far from over, as public health experts are warning. The surprises bear them out: One of the world’s most fortified cities, Beijing itself, is tightening lockdowns, suddenly beset by a local cluster that has infected at least 180 people and has triggered more than 356,000 tests in five days, as Nectar Gan reports from China today at CNN.com.

That’s why we’ve selected the formidable Québecois author Marie-Claire Blais’ Soifs as our opener in today’s rights roundup. While These Festive Nights, its English title, is set 24 years ago at the end of the 20th century, that fin de siècle dynamic seems right, somehow. We see feckless partiers risking their own and others’ lives because they’re “tired” of taking precautions. And we see venal politicians eagerly risking the lives of their own supporters to stage dangerous campaign events.

We also—and from another part of Canada, Vancouver—have David Waltner-Toews’ book on pandemics, a nonfiction informative write for those who somehow are only now asking the questions they should have asked months ago.

Taken together, we are almost entirely in twos: two each from Canada, the UK, Norway, and Italy. We close with one bestseller from Finland.

As in each roundup, we use some but not all of the promotional copy supplied to us by agents and rights directors. We edit that copy to give you an idea about a book’s nature and tone. If you’d like to submit a deal to Publishing Perspectives, see the instructions at the end of this article and please read them carefully. 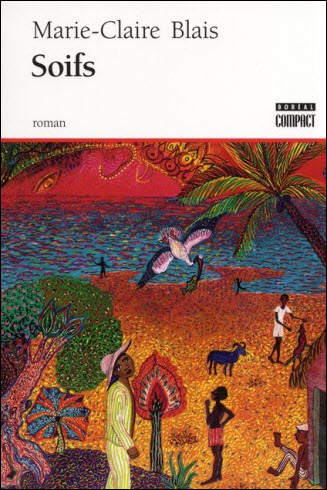 Now 80, Marie-Claire Blais is the author of 33 books, and this one, a study set in the Gulf of Mexico—think Key West—was published in 1996, winning Canada’s prestigious Governor General’s Award for French Fiction.

“A sun-drenched paradise in the Gulf of Mexico surrounded by the glimmering blue sea; Renata is convalescing on this island poised between two worlds: between great wealth and extreme poverty, between the past and an uncertain future, between the beauty of the world and the horrors of history.

“During her time here, Renata becomes tormented by thirst—for justice, for pleasure, for intoxication—while all around her, festivities are going on in joint celebration of the birth of baby Vincent and the end of the twentieth century.

“Over the course of three days and three nights, a group of characters assembles: wealthy, poor, writers, artists facing their own mortality; children immersed in innocent games; young men dying of AIDS; refugees; the Ku Klux Klan—a spectrum of humanity is depicted in the grip of doubt and suffering.” 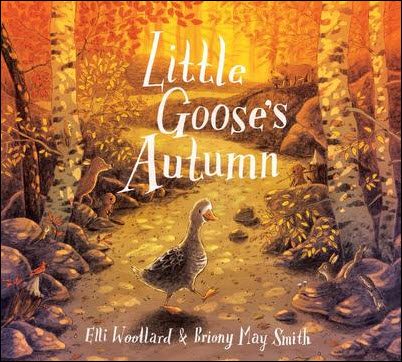 By Elli Woollard
Illustrated by Briony May Smith

“As summer fades to autumn, a lively young goose feels a change in the air and senses she has something important to do—but what?

“The beavers are chopping wood, the squirrels are storing nuts in the ground, and the bears are busy building a den. 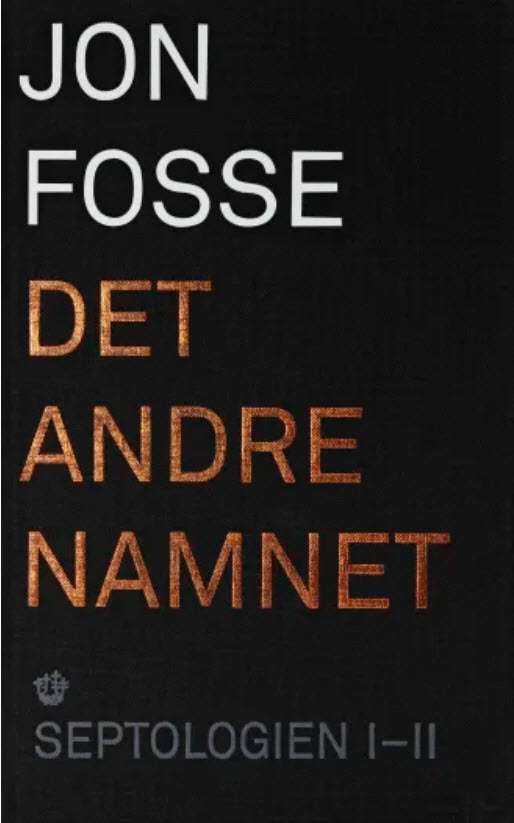 Septology is a 1,250-page work that’s to be published in three volumes.

This volume, the opener (Books 1 and 2 of a total seven), is set for an October publication during Frankfurter Buchmesse (October 14 to 18).

In its English translation by Damion Searls from the UK’s Fitzcarraldo Editions, The Other Name was longlisted (though not shortlisted) for the 2020 International Booker Prize.

The Septology series of seven books in three volumes is about “the nature of art, and God; about alcoholism and the passage of time.

“The main character and first-person narrator of Septology, Asle, is a painter and a widower who lives in the house in Dylgja where he used to live with his wife Ales. He is now alone; almost the only people he still sees are his neighbor, Åsleik—an old-fashioned country fisherman—and his gallerist, Beyer, who lives in the city of Bjørgvin, a couple of hours’ drive to the south.

“Another Asle, also a painter, lives in Bjørgvin, and he and the narrator are doppelgangers, in a way, or perhaps two versions of the same person, the same life.” 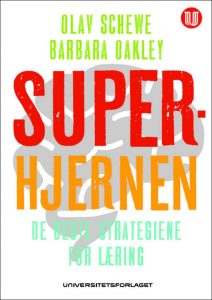 Learn Like a Pro
(Superhjernen: De beste strategiene for læring)

By Olav Schewe and Barbara Oakley

“A smart, well-researched book on learning techniques. The book has been sold into seven markets prior to its planned July release in Norway.

“Olav Schewe’s Super Student has been published in 19 languages and author Barbara Oakley’s book A Mind for Numbers has sold some 750,000 copies in international markets.” 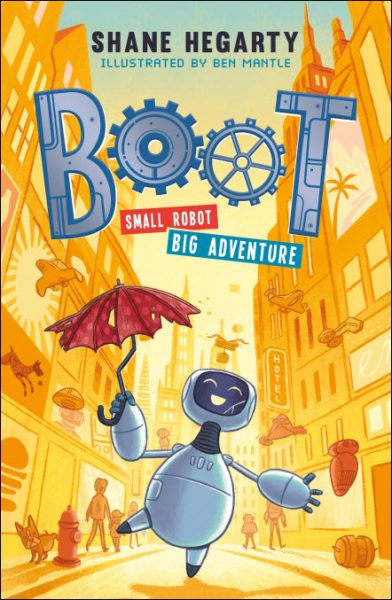 “The first book in a trilogy, this is a funny, warm-hearted story about a small robot waking up in a scrapyard with only two-and-a-half glitchy memories and the big adventure he embarks on to find his owner Beth with the help of a colorful gang of ‘advanced’ robots.

“A story full of fun, friendship, and Boot’s quest to find out why humans are so leaky and weird.” 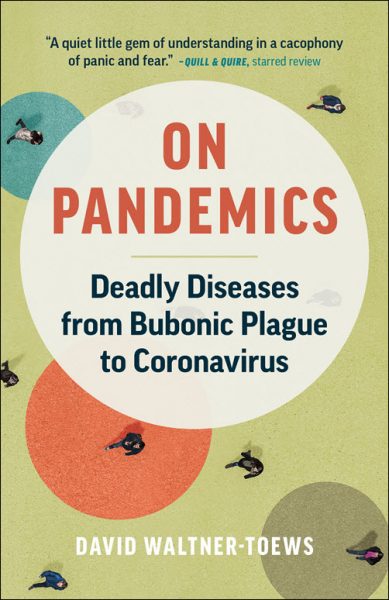 On Pandemics: Deadly Diseases From Bubonic Plague to Coronavirus

“Written by an epidemiologist, On Pandemics answers questions about animal diseases that jump to humans—called zoonoses—including what draws them to humans, why they have become more common in recent history, and how we can keep them at bay.

“Featuring important information about the coronavirus COVID-19, this comprehensive, easy-to-follow primer on pandemics, epidemics, and the panics they ignite in many parts of the world also highlights possible solutions for a safer, healthier future.” 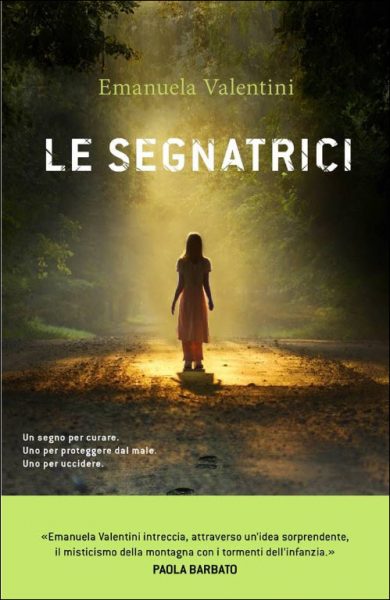 “A surgical oncologist named Sara Romani returns to the village of Borgo Cardo to mourn her childhood best friend, whose bones are found in the woods. Suddenly another little girl disappears, Rebecca: the last heir to the “Healers” tradition.

“For Sara, a woman of science, this opens a descent into an underworld of buried secrets. What is the shadowy mystery behind the centuries-old tradition of the Healers?” 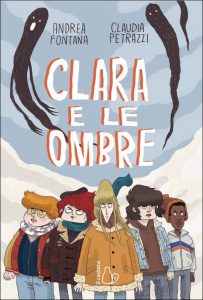 “Clara, a young girl with epilepsy, moves with her father to a new city after her mother leaves  them.

“Clara has always felt haunted by menacing shadows she’s never truly understood. Friendless and insecure, she’s made fun of by her new classmates until meeting a group of friends with whom she creates a special bond. When the school bullies begin to disappear one after another and the police suspect it may be the work of a serial killer, Clara and her pals discover an even more frightening truth.

“Will Clara be able to face up to her fears and save the kids who’ve disappeared? Will she learn how to conquer her own shadows?” 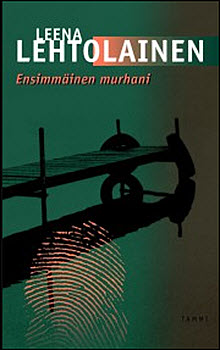 “Maria Kallio has just been assigned her first murder investigation. To prove to herself and her squad that she has what it takes to be a detective, she’ll have to solve the death of Tommi Peltonen.

“Found floating facedown at the water’s edge of his Helsinki villa, Tommi had invited his choir group to spend a weekend at his retreat. But beneath the choir’s seemingly tight-knit bonds lie bitter passion and jealousy.”