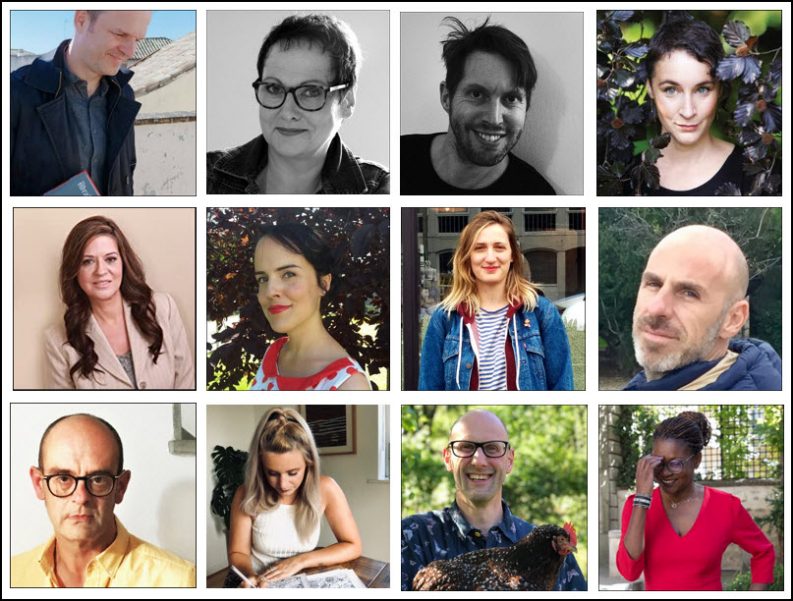 From Germany, Spain, Cameroon and France, the United States, Québec, Greece, Majorca, and the United Kingdom, our titles today are in the early stages of their rights sales. 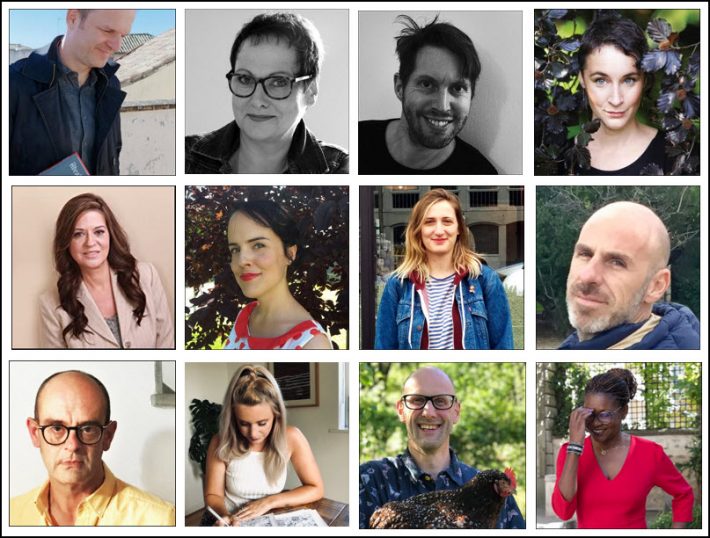 Books Coming to Market Amid the Crisis

As promised, our Rights Roundup today (June 5) is a bit of a departure. We decided that since so many physical settings for rights trading are off-limits during the coronavirus pandemic, it would make sense for us to look at titles without strong sales as yet—books that might have been presented at our trade shows this spring.

So it is that we have for you today political fiction in a graphic novel from Spain; a murder mystery from Germany set in an English village; an American thriller from a former police captain trained at the FBI National Academy at Quantico; a “jewel of absurdity” for kids 5 and older (truly) from French-speaking Canada; a meditation on power and personality from the Majorcan author Sebastià Alzamora i Martín; a French novel on modern Cameroonian history as told by three generations of women; and from Germany, anger management for your kids (and maybe for the rest of us). 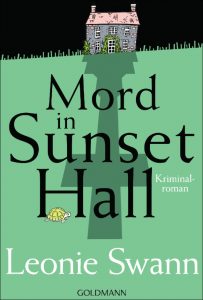 While this book is new, the German author Leonie Swann’s work (that’s her pen name) has a fine track record. Her debut novel, Glennkill (Three Bags Full in its English translation) was published by Doubleday (US and Canada) and Transworld (UK) and by houses in 23 other markets. The sequel also went to many of those international publishers.

Swann’s latest novel, Gray, has so far been sold to Laffont (France), Bompiani (Italy), Proszynski (Poland), and Am Oved (Israel).

In Murder in Sunset Hall, a Speigel bestseller, “Agnes has enough to worry about: her hip, the broken stairlift and her unruly housemates, a bunch of eccentric fellow pensioners. But now there are the dead old ladies in the potting shed, and in the neighboring garden.

“Idyllic English village life suddenly has a crack. A perfidious murderer is on the loose. Agnes and her housemates roll up their sleeves, grab their tortoise and set out in pursuit of the murderer, an effort that will lead them into their own pasts.” 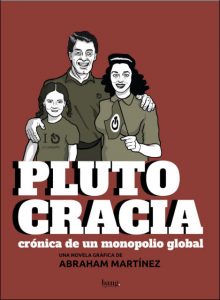 “In the year 2051, the largest company in the world, The Company, takes over the government on a planetary level and begins to run it as if it were a company.

“In a plutocracy, being richer is equivalent to having more power. There are no longer elections, but instead shareholder meetings in which the vote is based on the number of shares each citizen owns.

“In this context, an anonymous citizen decides to investigate how the world has reached such a situation.

“At a time when it’s increasingly common for wealthy people, such as Silvio Berlusconi and Donald Trump, to achieve political power, this graphic novel raises the possibility that in the near future the world will be governed through a plutocratic system, one that accepts it as natural that politics and wealth go hand in hand.”

In this promotional video, the music is that of Robert Johnson, “Me and the Devil,” performed by Soap & Skin. 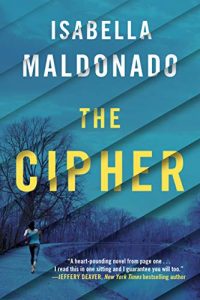 “Years later, when she’s jumped in a Virginia park, a video of the attack goes viral. And the man who abducted her 11 years ago is watching.

“Determined to reclaim his lost prize, he commits a murder designed to pull her into the investigation. His coded riddles may have made him a depraved social media superstar—a cyber-ghost dubbed ‘the Cipher’—but to Nina he’s a monster. Victim by victim, Nina must race to stop the killer.”

Isabella Maldonado is a retired police captain and contributes analysis to News Channel 12, the NBC News affiliate in Phoenix, Arizona. 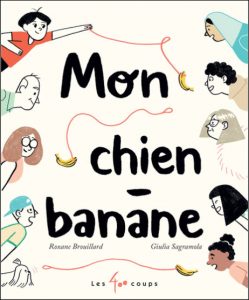 “In the park, a boy is walking a banana on a leash.

“This unusual situation is drawing attention, and passersby start to gather around the boy.

“A debate starts: everybody in the park is trying to understand why this boy is walking a banana, while the boy is trying to explain to all of them that his banana is actually a dog.”

Les 400 Coups’ material on this 32-page book says that Sagramola’s illustrations “evoke the great culture of American strips” with a “minimalist and punchy approach” to “give life to this range of characters we’ve all come across at least once in our lives.”

The book has won the Montérégie Book Prize, 2019, second place, for readers from 5 years old. 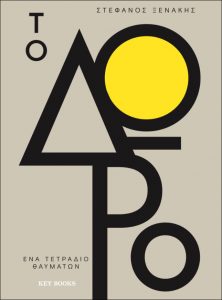 “It has sold more than 100,000 copies since its publication in June 2018 and has been at the top of domestic bestseller lists for more 80 weeks.

“Comprising 101 everyday life stories, The Gift, shows us that greatness resides in each of us and can be brought to the surface as long as we’re prepared to be unreservedly good human beings.” 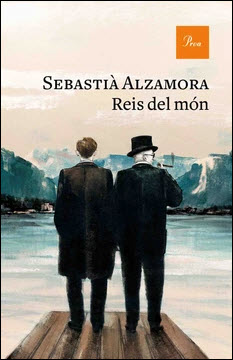 Reis del Món
(Kings of the World, also known as Conversation in Geneva)

“A novel of ideas, Conversa a Ginebra (also known as Kings of the World) centers around the lifelong friendship of a philosopher and a banker, both highly prestigious and important personalities in Spain in the 20th century.

“With both these characters coming from the same village on the island of Majorca, Alzamora offers a Nabokovian homage to the great writers of the past century.

“Originally written in Catalan, the work has support from the Institut Ramon Llull and the Institut d’Estudis Baleàrics.”

The Majorcan author Sebastià Alzamora classifies himself as one of the imparables, the writerly group called the “unstoppables,” and he directs the magazine Cultura. 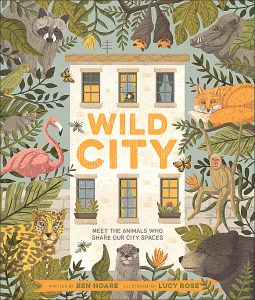 “Meet creatures who share our urban spaces—from bears to bats, penguins to opossums—and learn how they’ve adapted and thrived.

“The book’s factual text is written by Ben Hoare and is complemented by Lucy Rose’s illustrations.” 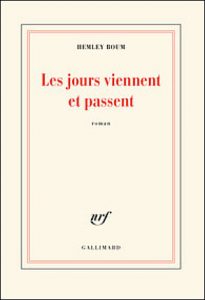 “In the evening of her life, Anna recalls her eventful existence in a rapidly changing Cameroon.

“By her side, her only daughter Abi–who has chosen to live in France–tries to resolve her own conflicts, to combine love life and family responsibilities.

“A very young woman, Tina, a survivor of the Boko Haram camps, will mix her voice and her destiny with theirs.

“And through these three generations of women, Hemley Boum describes the contemporary history of Cameroon.”

Boum, from Cameroon, lives and works in France. She’s quoted, saying, “I kept away from African literature for a long time. I was a sensitive woman, plagued by the turmoil of life, not a concept, a lost battle, a territory to conquer, an authenticity to redefine.” 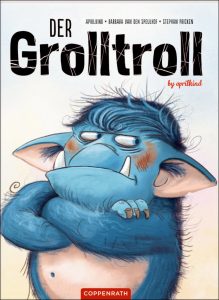 Produced in association with the Troisdorf-based toy and game designing firm aprilkind, The Grumbletroll is about anger management for feelings of frustration and rage when things don’t go the way you want them to. More merchandise on the theme includes a “crush ball,” a song album, a mug, and “resentment tattoos.”

“What should you do when anger takes you over? The little troll gets terribly angry. It’s like there’s a storm inside him. With lightning shooting out of the sky and thunder rumbling and grumbling mightily, very much to the chagrin of his friends who get more and more upset.

“Will the Grumbletroll be able to make up for his bad behavior?”

Titles we choose to list have both cover images and author images available. If there’s an illustrator or translator, we must have that person’s photo as well. We prefer color.

More of Publishing Perspectives‘ rights roundups are here, and more from us on the coronavirus COVID-19 pandemic and its impact on international book publishing is here and at the CORONAVIRUS tab at the top of each page of our site.