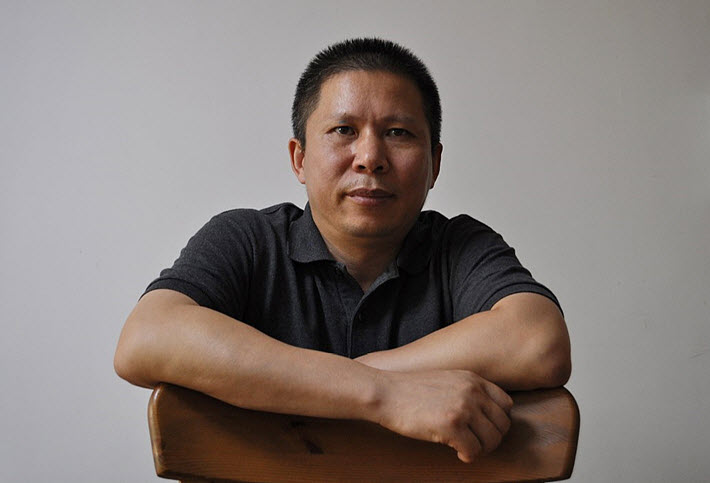 As the world observes the 31st anniversary of the Tiananmen Square massacre, the dissident writer Xu Zhiyong is named PEN America’s 2020 winner of the Barbey/Freedom To Write Award.

‘Written While on the Run’

One day after the International Publishers Association named the Vietnamese underground press Liberal Publishing House the recipient of its 2020 Prix Voltaire, PEN America today (June 4) is marking the 31st anniversary of the 1989 Tiananmen Square massacre by naming Chinese essayist and dissident Xu Zhiyong the winner of the 2020 PEN/Barbey Freedom To Write Award.

This is an award PEN gives annually to an imprisoned journalist, and today’s news follows the May introduction of the organization’s new Freedom To Write Index and  Writers at Risk Database. Of 47 incarcerated writers who have been given the Barbey/Freedom award since 1987, PEN says, 41 have been released, thanks in part to the kind of international pressure and attention such accolades can bring.

Xu is currently being held incommunicado in state custody, and it is widely expected that he will soon be formally charged with “subverting state power,” an offense that carries a maximum 15-year prison sentence. Earlier this spring, PEN labeled China as the top jailer of writers worldwide based on a global census published in the new Freedom to Write Index.

You can read some of his work in his February 26 essay, “Dear Chairman Xi, It’s Time for You To Go,” at ChinaFile.com, “written while on the run,” as Xu’s byline has it. Following a lengthy series of arguments on one-man rule, threats to private property and collective leadership, the coronavirus COVID-19 response, Hong Kong’s pro-democracy protests, and the trade war with the United States, Xu’s essay concludes, “In the classic Book of Changes, it says, ‘The Dragon overreaches himself, there is regret.’ Don’t delay until you are confronted by an unbearable tragedy. Then it’ll certainly be too late for regrets.”

It’s that writing that led to the arrest of Xu, who is an attorney and organizer of civil rights efforts in China. He was arrested during a COVID-19 test. The 3:32 a.m. ET update (0732 GMT) of the Johns Hopkins Coronavirus Resource Center shows China with 84,160 cases and 4,638 deaths. As Nectar Gan reports at CNN International, Wuhan has just conducted more than 6.5 million coronavirus tests, revealing 198 asymptomatic cases which, of course, can be highly contagious. 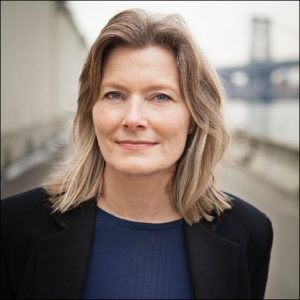 “As our own country reels in crisis, citizens peacefully demanding that leaders be held accountable must be protected. We stand in passionate solidarity with those who use language as a tool of protest—in words and writings, and as a spur to mobilize others and drive forward public debate—around the world and here at home.

“We are proud to honor Xu Zhiyong for his indomitable will to speak the truth in the face of grave danger, and we pledge that his voice will not be silenced, nor his name erased. We will fight on his behalf until he is free.”

“If I had any fear, or felt humiliated, they would have won,” Xu says. “Whatever worked on you, they would use it against you. For me, beating would only inspire me. In Linyi, Shandong province, at the entrance of the black jail in the Youth Hostel, brutal violence did not make me submit. Nor did insults have any use.

“In a post-totalitarian society, ideology is dead. There is no more class hatred. Beating people is just a job, a role to play.”

“His essays have served as calls to conscience at pivotal moments in China’s recent history. The one that resulted in his arrest was a detailed, blistering analysis of president Xi Jinping’s blind spots and shortcomings as a leader, published while COVID-19 still raged in China.

“His detention forms part of a Chinese government effort to control the global narrative about the outbreak, including by disciplining Chinese doctors and journalists who tried to sound alarm bells and punishing critics of the government response to the pandemic. In his writings, Xu has been a persistent voice calling out Beijing’s intolerance for dissent—and campaigning for social equity, rule of law, and a joyful vision for his country’s future.”

The Barbey/Freedom award typically is bestowed at PEN’s annual gala, which this year is set for December 8 at New York City’s American Museum of Natural History.

More from Publishing Perspectives on freedom of expression and publication is here, and more on awards in publishing and writing is here. More from us on PEN’s work is here.  More from us on the coronavirus COVID-19 pandemic and its impact on international book publishing is here and at the CORONAVIRUS tab at the top of each page of our site.