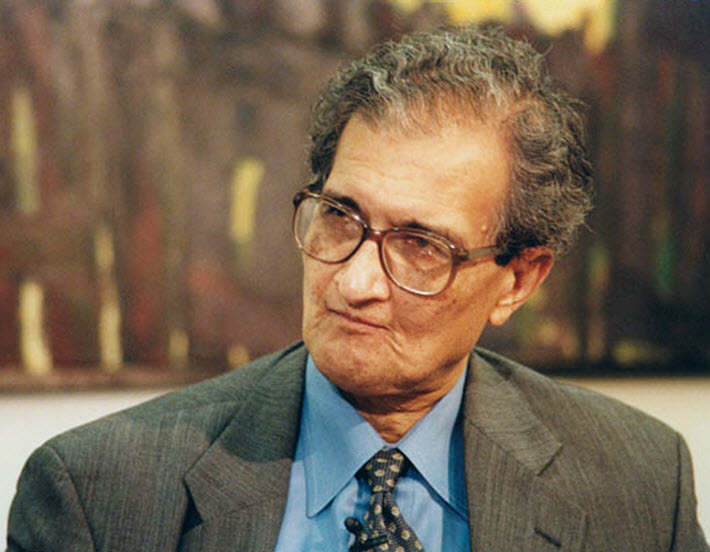 For seeing society’s wealth as reflecting ‘the opportunities for development available to all individuals,’ the German book trade’s Peace Prize goes to a Nobel laureate in economics, Amartya Sen.

The the Börsenverein des Deutschen Buchhandels—Germany’s publishers and booksellers association—has announced today (June 17) that Indian economist, philosopher, and Nobel laureate Amartya Sen is the recipient of the 2020 Peace Prize of the German book trade.

Börsenverein chief Karin Schmidt-Friderichs has made the announcement, conveying a message from the board that says that in selecting Sen, the association “has chosen to pay tribute to a pioneering scholar who has addressed issues of global justice for decades,” a figure “whose work to combat social inequality in education and health care is as relevant today as ever.

“Among Sen’s most important contributions,” today’s media messaging reads, “is the idea of evaluating a society’s wealth not solely based on economic growth indices, but also on the opportunities for development available to all individuals who comprise that society, in particular its weakest members.”

Sen, 86, was awarded the Nobel in Economic Sciences in 1998 and is a specialist in welfare economics–that is to say, on economic policy designed to support humanitarian understandings of wealth inequity and need.

Since 2004, Sen has been based at Harvard, living in Cambridge, Massachusetts, and holding the Lamont chair as a professor in philosophy and economics. Prior to his Harvard years, Sen was master of Cambridge University’s Trinity College, from which he received his PhD in 1959. 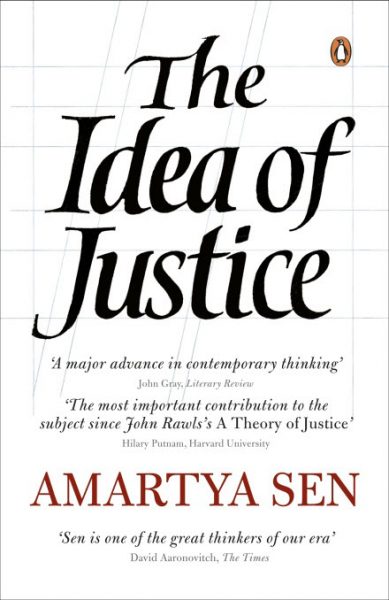 awarded, Sen holds more than 100 honorary doctorates, His books have been translated into more than 30 languages. Among them, The Idea of Justice (Penguin Random House, 2010) may be the most impactful and among his best known works.

At the time of its publication, Sen’s Harvard colleague, Hilary Putnam called the book “the most important contribution to the subject since John Rawls’ A Theory of Justice.” Sen’s argument, Putnam said, is that “what we urgently need in our troubled world is not a theory of an ideally just state, but a theory that can yield judgments as to comparative justice, judgments that tell us when and why we are moving closer to or farther away from realizing justice in the present globalized world.”

And it’s that real-world understanding of social justice that has propelled much of Sen’s approach and its widely favorable reception. Trying to transform temporal powers and workaday politicians into something sublime being useless. And what’s left as the best hope for an advancing world, then, is important for today’s political class to hear: democracy.

An 2009 article in The Economist (which publishes, inexcusably, without bylines for its journalists), wrote, “Sen ends, suitably, with democracy. It can take many institutional forms, he says. But none succeeds without open debate about values and principles. To that vital element in public reason, as he calls it, The Idea of Justice is a contribution of the highest rank.”

The Börsenverein board writes today that in generating his economic philosophy so widely, Sen’s contributions have been felt in “a number of fields, including welfare economics, social choice theory, decision theory, studies in hunger and poverty, and development economics.”

The Coronavirus Context for the 2020 Award

The award ceremony is set for October 10 at the Church of St. Paul in Frankfurt and “will be organized in compliance with any applicable health regulations in place at that time,” today’s announcement says. That ceremony, as is the annual custom, is expected to be broadcast live on German public television.

As Michael Nienaber is writing from Berlin for Reuters, Angela Merkel’s cabinet has today approved another budgetary addition to buoy its stimulus package, putting overall borrowing at €218.5 billion (US$245.35 billion). “The bold move,” writes Nienaber, “shows how far center-left finance minister Olaf Scholz has moved Germany away from its image as Europe’s austerity champion to become one of the biggest spenders in the euro zone’s efforts to rebound from the pandemic.”

And Frank Jordans at the Associated Press writes that Germany’s new coronavirus tracing app, launched Tuesday (June 16), is part of a broader discussion in a country in which data privacy standards are energetically defended. In this regard, Jordans writes, “Germany, where a person’s right to their own data even after death is rooted in the constitution, has proved a particular challenge.” 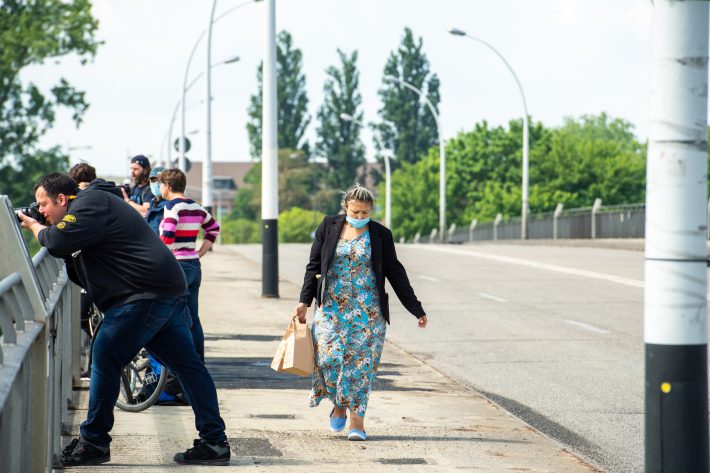 At the Kehl-Strasbourg border between Germany and France, a May 9 shot. Image – iStockphoto: Adrian Hancu

More from Publishing Perspectives on industry awards is here, and more from us on the German book market is here. More from us on the coronavirus COVID-19 pandemic and its impact on international book publishing is here and at the CORONAVIRUS tab at the top of each page of our site.