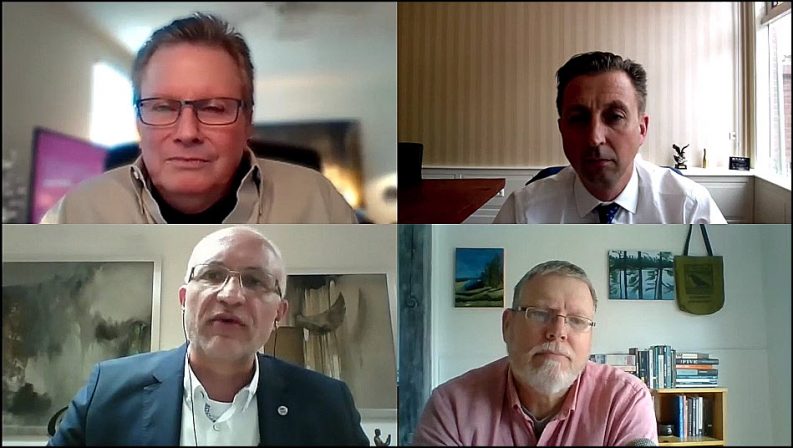 Reflecting the unity needed in world publishing to address the COVID-19 crisis, a discussion of the pandemic’s impact reveals parallel challenges for publishers, booksellers, and authors. 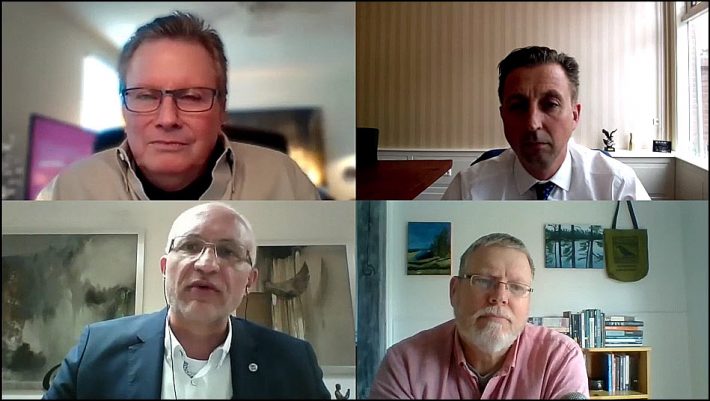 ‘Coronavirus and the Publishing Chain’

The frequently described “patchwork” nature of the coronavirus COVID-19 pandemic experience seems to become only more fragmented by the day.

And that comes to light in publishing when the International Publishers Association on Tuesday (June 16) releases a new taped discussion at 1 p.m. CEST (1100 GMT, 7 a.m. ET). The discussion focuses on challenges of publishers, booksellers, and authors. Running 30 minutes, the conversation, moderated by Publishing Perspectives, can be found here.

In Greece, where quick and firm mitigation efforts have produced an enviable 3,121-case scenario and 183 deaths, a publisher may be readying a somewhat delayed spring list right now. While in France, the Syndicat national de l’édition (SNE), France’s national publishers association, 72 percent of publishers indicate that they’re cutting back on planned activity.

The intent in the dialogue being released on Tuesday is to look at what the international industry is facing systemically, with observations running more along trend lines than numbers, not least because that patchwork reality—and the fact that the world is still in-pandemic, a crisis far from over—make quantifying losses almost impossible.

We’ll break out just a few quotes for you from each of the representatives of the three elements of the industry who speak.

“Book releases have been delayed. Collapsed revenues,” Hugo Setzer enumerates the key impediments handed to publishing among disrupted supply chains, the loss of physical points of sale, halted printing and shipping of books, and a consumer base disoriented and grappling with new circumstances.

Setzer, the president of the IPA, is himself a publisher, as Publishing Perspectives readers know, and speaks in the program from his base in Mexico City at the educational publishing house he leads, Manual Moderno.

“There are cancelled industry events,” he says, which of course in the publishing industry’s traditions of face-to-face contact and business, have become a serious consideration both in issues of international rights sale and normal intra-industry commerce.

“For example,” Setzer says, “our International Publishers Congress, which was supposed to take place in May in Lillehammer, where publishers from all around the world should have come together to meet and discuss the main themes of concern.

“And yet, not only our IPA congress but also so many book fairs around the world have been cancelled, places where we can meet and discuss things, meet with our authors, we meet with booksellers.”

Setzer also talks about “predatory platforms” but also about consumers rediscovering reading during the pandemic, among several hopeful signs.

“Everything Hugo was talking about” that affects publishers has also hit authors with simultaneous timing and parallel impact, says John Degen. The chair of the International Authors Forum, Degen speaks on the program from Toronto. 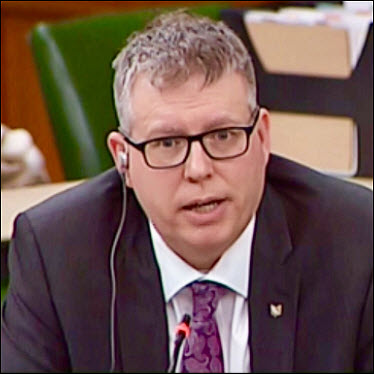 “Authors who had books ready for launch in the spring have had those launches put off or cancelled altogether. So they’re having to scramble to try to do an online launch, and [is that] as effective in terms of sales as an in-person launch?

“It’s all those things. But I think there’s a hidden impact that doesn’t get talked about an awful lot is that we’re in the middle of a global health crisis. There’s this funny sort of meme on the Internet that says authors are natural introverts. So being locked down in our homes, this is the perfect opportunity to work on a book.

“But it ignores the fact that authors now are taking care of kids who aren’t in school, taking care of parents who are incredibly vulnerable. And so I’d say that productivity is probably way down. It’s caused a real problem.

“I heard on NPR the other day, ” the States’ National Public Radio, “that literary agents are seeing a spike in submissions but it seems to be ‘instant books’ written during the lockdown. We’ll see how far that goes. But the author who’s been working on a book for two or three years and the lockdown comes? I think there’s been a real disruption there.

“And we’re not going to see the impact of that for months down the road, or a year at least.”

Among positive points, Degen sees acquisitions continuing and writers, with publishers and bookstores, innovating in the digital space to find readers.

Speaking from the Hague, the European and International Booksellers Federation‘s co-president, Fabian Paagman, says, “Overnight, as the lockdowns started happening and spread through the world, booksellers experienced” the brunt of the pandemic’s disruption “immediately. 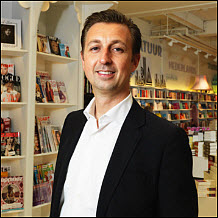 “The differences are enormous.” Not only does that “patchwork” effect of the pandemic’s presence “vary a lot” for how booksellers can operate—or not—from country to country, as Paagman points out, “but also the government regulations are very different,” he says.

“We have countries with complete lockdowns—or areas of countries that have complete lockdowns—or only limited lockdowns, and this is affecting the booksellers in ways they’ve never experienced before. All of a sudden, they have to think not only of a new business model but how do you respect this six-feet-apart” distancing convention, “a way of serving your customers totally different from what you’re used to, it’s actually in your DNA.”

In other words, when hand-selling is, by definition, counter to most pandemic-era regulations, a bookseller’s staff is facing fundamental adjustments.

A bookseller must ask, “How do I stay alive without being able to sell one book. I’m able to keep my store open but with all these restrictions. It’s really a very complicated situation, where to a certain extent we learn as we go.

“To take a positive note, we see great entrepreneurship” among booksellers at the moment. “We like to think that booksellers are, in general, very innovative people who are open to new developments. And we see this in a lot of our member-organizations happening now.”

Paagman says he’s also concerned about a “definite shift” by consumers to online retail giants and their platforms, further eroding a level playing field for brick-and-mortar stores. At the same time, he does, he says, see a lot of goodwill from consumers, booksellers speaking of loyalty and support from readers—great hope in the development, by necessity, of a stronger “buy local” ethos in many parts of the world.

The Coronavirus Context This Week 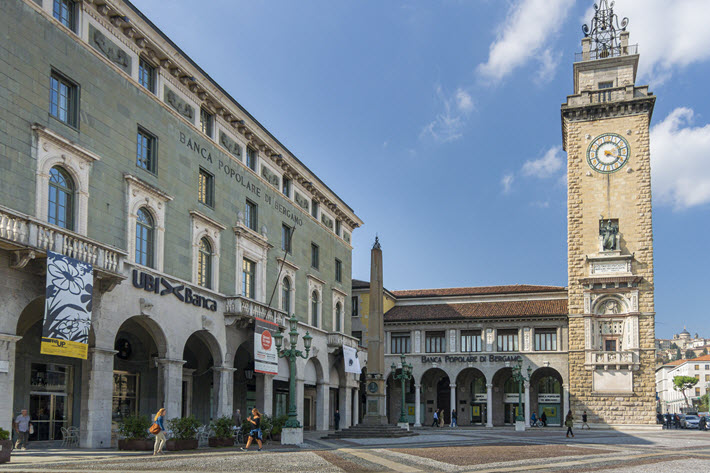 In Bergamo, one of the centers of the Italian pandemic battle, a shot from Saturday (June 14) in the old town square. Image – iStockphoto: S Martin

The vast variations in how the world’s populations and cultures are dealing with the COVID-19 pandemic form a deeply textured background to the IPA discussion this week.

“If you live in in a part of the country where you may not know someone who’s died of the coronavirus—but maybe you know five or 10 people who’ve lost their jobs—you might think it’s all overblown.”Andy Slavitt

In São Paulo—where the death toll reached 5,480 deaths on Thursday (June 11)—the Associated Press’ Tatiana Pollastri and Mauricio Savarese report that graves three years and older are being exhumed to make room for coronavirus burials. The city’s mayor, Bruno Covas, has himself tested positive and is battling cancer. And yet, Covas has begun allowing shops to open, at least for four hours daily. Brazil’s caseload, second in the world, is at 867,624 infections, with 43,332 deaths, according to the 7:33 a.m. ET update (1133 GMT) of the Johns Hopkins Coronavirus Resource Center.

That death toll puts Brazil just behind the UK for fatalities. In the United Kingdom, the Johns Hopkins system sees 41,783 deaths, even as British bookstores today (June 15) begin their long-awaited efforts to reopen. In speaking to our colleagues Katherine Cowdrey and Ruth Comerford at The Bookseller, bookshop personnel are hitting notes of high optimism in some cases and something nearer reluctance in others.

Mog Harris from Warwick Books tells Cowdrey and Comerford, “We are going to take a ‘slowly slowly’ approach to reopening our bookshop for browsing. We’ll start with accepting payments on collection from Monday and a bit of doorway bookselling to test how many people want to be in the shop. We anticipate that it’ll be a bit bumpy to negotiate increased contact with customers and keeping up with online enquiries and orders.”

And in the United States, where the caseload and loss of life are the most horrific—2.1 million cases, 115,732 deaths—public health officials live on a constant round of news-messaging appearances, desperately trying to get wayward citizens to wear masks and distance themselves amid the various states’ independent reopening activities.

Andy Slavitt, the former acting administrator for the US Center for Medicare and Medicaid Services, has said to CNN’s Jim Sciutto on New Day this morning, “If you live in the Northeast” where New York City has staged the most profound fight with the virus, “you’ve experienced the trauma that comes from the coronavirus. You’re likely to know someone who’s died or at least become sick. You’re very cautious and you wonder why the heck the rest of the country isn’t getting it, isn’t wearing masks.

“But if you live in in a part of the country where you may not know someone who’s died of the coronavirus—but maybe you know five or 10 people who’ve lost their jobs or some small businesses that have closed—you might think it’s all overblown.”