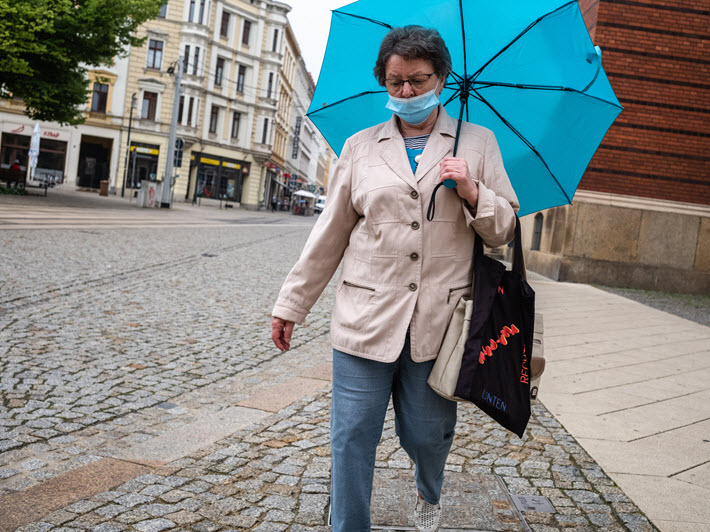 The city-based BookFest is still being programmed for venues in Frankfurt. Now, Frankfurter Buchmesse announces a 16-hour single-day digital program for October 17.

Our last information from Frankfurter Buchmesse‘s annual BookFest program was a call for publishers’ proposals for the 2020 edition of the city-wide roster of activities.

Working as a kind of off-campus outreach, BookFest is a public-facing element of the trade show, including author readings, poetry events, tastings, concerts, parties, discussion sessions, workshops, and other outings. During last year’s events, Bookfest comprised 60 events in 55 locations around the city of Frankfurt.

Organizers say that the 2019 edition of BookFest program drew roughly 25,000 attendees to presentations with writers, musicians, politicians, actors, and an astronaut. There were more than 50 publishers participating in the programming, which prompted more than 500,000 views on Facebook.

But that previous call for proposals arrived on March 2, and an additional program has been announced. A BookFest program is to be delivered as a digital event on October 17, Frankfurt Saturday, the trade show’s dates this year being October 14 to 18.

As organizers point out, the digital approach makes the BookFest content worldwide, a positive factor with which the webinar-busy world of publishing is very familiar now. On the other hand, of course, the move is being made as the global death toll in the coronavirus COVID-19 pandemic has passed the 500,000 fatalities mark of the weekend, according to the Johns Hopkins Coronavirus Resource Center, in its 6:33 a.m. ET update (1033 GMT), showing 500,321 deaths and a stunning world caseload of 10.1 million.

Buchmesse does still expect to stage a physical “BookFest City” program during the dates of the fair at locations in and around Frankfurt. More on that is here. This call for participation today (June 29) is for the digital edition only.

The online plan is being developed to offer several digital stages on the 17th of October, the content curated to include “a continuous moderation and focus” for the audience. With the new plan comes a new deadline. Publishers and exhibitors are invited to propose their ideas, authors, and topics for BookFest events by July 15.

“We are looking for authors’ suggestions and ideas for exclusive virtual encounters,” the organizers say in their media messaging, with an emphasis on “exciting interviews, relevant discussions, interesting productions, international entertainment.”

Diversity and inclusion are key thematic drivers here and the proposals will be evaluated with those factors top-of-mind.

Submissions may be made in English or German, the languages in which content will be streamed.

It’s expected that the program will run some 16 hours, utilizing those multiple digital stages. Slots in the programming are set at 10 and 20 minutes each.

Not unlike programming familiar from the Hay Festival’s international events, political and social discussions may come into play here, as might music and cooking events, tech presentations, lifestyle commentary, and travel content.

Streaming platforms used are to be seen on Buchmesse’s site as well as its Facebook and YouTube channels.

There is no cost to exhibitors and publishers for participation.

More on Frankfurter Buchmesse’s comprehensive digital plan is to be made public soon.

The Johns Hopkins dashboard indicates that Germany, at this writing, is 15th in the world for caseload with 194,693 cases and 8,972 deaths.

Among the most recent news reports, Deutsche Welle writes that on Sunday (June 28), the state of Bavaria announced a “coronavirus test offensive,” in which each resident of the state will be offered at test at no charge. Bavaria has reported 48,294 cases and 2,592 deaths, more than any other of Germany’s 16 federated states.