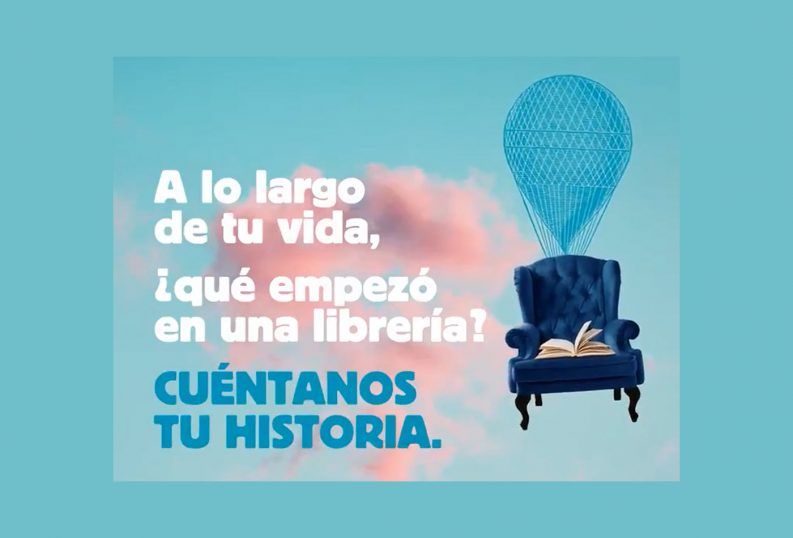 Turning to consumers with a challenge to remember what booksellers have meant to them, Spain’s publishing industry associations roll out a campaign to reopen the nation’s critically important book retailers. 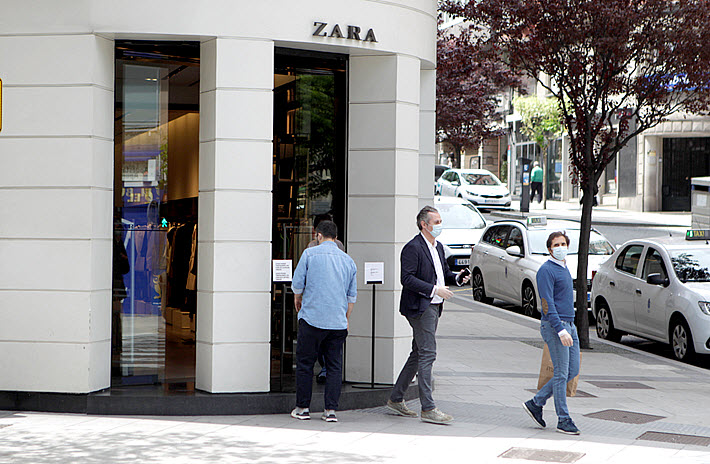 Early efforts at retail reopenings began in Spain in May, this shot having been taken as a Zara venue turned on its lights in Coruña. Image – iStockphoto: Imaxe Press

‘Everything Begins in a Bookstore’

The Association of Spanish Book Chambers today (June 4) is rallying around the market’s reopening bookstores, announcing a major campaign to come-hither potentially skittish consumers back to these important retail points.

This is, we’re told, the first time that all the various supply chain’s organizations have worked in concert on a project, and that means a unified rollout has begun of the #TodoEmpiezaEnUnaLibrería campaign—#EverythingBeginsInABookstore. And that means a coordinated push from Cegal, the association of Spain’s bookstores; the federation of publishers; and FANDE, the highly influential distributors’ network.

The campaign reflects and promotes a coming together, with media messaging this morning speaking about how “the main associations of the publishing sector have joined forces to carry out a collaborative action to reactivate” the bookstores, “which have been severely shaken by the COVID-19 crisis.

What’s more, the Spanish publishing community is positioning the success of a revived bookstore economy as the essential ecosystem that will support them all.

“The campaign recognizes and highlights the importance of bookstores,” say the key players in their announcement, “as a basic link in the book chain and a point of connection between authors, publishers, and readers. Their reopening reactivates the entire sector.”

The Challenges of a Hesitant ‘Reopening’

What makes this obviously valiant effort by the publishing industry of Spain to “reawaken” its prospects and fortunes all the more impressive is the fact that this is one of the nations most profoundly damaged by the pandemic. Its deaths are outnumbered by Italy’s, but its caseload stands only behind those of the UK, Russia, Brazil, and the United States.

Consider that the Associated Press reported on Monday (June 1) that Spain’s public health authorities registered no deaths attributed to the coronavirus COVID-19 pathogen. That was the first 24-hour period since March, the AP writes, without a virus death. And that coincided with a tally of 71 new cases of the infection during the same period, deemed “very, very encouraging” by Fernando Simón who leads the country’s public health response.

Nevertheless, as many media are reporting, the Spanish market’s “reopening” is hardly the yelping romp into the streets you might imagine. As Keith Johnson reported for Foreign Policy in May, “even easing measures leaves them stricter than in most of the United States.”

And as Emma Pinedo and Inti Landauro write at Reuters, while the publishing industry works to mount its bookstore-saving crusade, Pedro Sánchez’s regime in Madrid is trying to work out how “to entice international visitors back for a planned re-opening in July,” with the government saying it wants to offer some sort of “guarantee” of health conditions. And at this writing, the 3:32 a.m. ET update (0732 GMT) to the Johns Hopkins Coronavirus Resource Center, Spain remains fifth in the world for coronavirus caseloads at 240,326 cases and 27,128 deaths in a population of 47 million.

All this frames the Spanish publishing chambers’ efforts as quite heroic, yes, but also clear-eyed. Spain’s book business, not unlike its coronavirus-staggered neighbor Italy, is heavily dependent on its bookstores.

According to figures reported by El Pais in 2015, there were then 3,650 bookstores, almost two for every 25,000 people, and they were concentrated in Madrid, Andalusia, and Catalonia. Galicia at that point had the most bookstores per inhabitant, followed by La Rioja and the Canary Islands.

While book buying in some cultures has shifted its emphasis to online retail, the book business outfits in Spain are turning to digital not for sales but to jump-start their program to revive their physical bookstores.

And so it is that this campaign’s slogan has a specifically valuable meaning to the Spanish book industry. If it’s to regain its footing after months of economic devastation, these publishing pros have to hope that everything will re-begin in a bookstore.

‘What They’ve Started in a Bookstore’

“The campaign,” organizers say, “is being developed through social-media networks and will last eight weeks.

“What we’re asking is for readers and authors to share videos, images, and/or written comments in which they explain what they’ve started in their life in a bookstore, what makes, in their opinion, a visit to a bookstore unique, or that they tell of indelible and unique experiences ‘lived’ in these establishments.

“Through this,” the readers and authors will be invited to share videos, images or comments in which they explain what they have started in their life in a bookstore, what makes, in their opinion, a visit to a bookstore unique, or that they tell of indelible and unique experiences lived in these establishments.

Some of the social media messaging we’re using here is from the set of pre-designed endorsements from authors, publishers, booksellers, and readers made by the program to seed the same expressions of interest from the public. You can peruse more of this at the program’s Twitter handle itself.

And organizers say that what they’re looking for through the deployment of this campaign is “continuity during the next two months, with the aim of accompanying and strengthening the reactivation of the sector”—a bridge campaign, in other words, to try to get to firmer ground after the body blow of the pandemic’s forced stoppage.

The three associations and their member-companies say they’ve also set a goal of “obtaining the support of the state administrations.” As we hear so frequently from their neighboring counterparts in Italy, the publishing players of Spain need government help in the recovery.

While the business may be sharing happy balloon-chairs and pink clouds to readers and booksellers, they’re speaking business-level urgency to the international publishing industry.

Here’s what they want the Publishing Perspectives international readership of trade publishing professionals to know:

“The book industry in Spain is the country’s leading cultural sector in terms of turnover, and has a business network made up mainly of small and medium-sized enterprises that guarantee plurality and diversity.

“The cessation of activity as a result of the measures adopted to combat the pandemic has had a huge impact on the turnover of the book sector as a whole, initially estimated at around €1 billion (US$1.1 billion) in the internal book market and €200 million (US$225 million) in the external market.

“Since the outbreak of the pandemic, the Association of Spanish Book Chambers has called for the need to adopt measures to help alleviate these adverse effects.”

And while the public-facing drive rolls out to have everyone consider what for them has begun in bookstores, the industry is sending three key demands to Madrid, asking for: