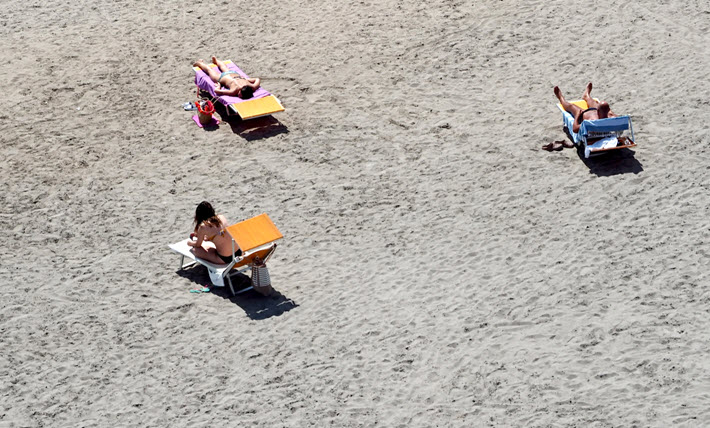 The chief of the Italian publishers association tells Rome that its support for badly damaged cultural organizations is not enough: A family allotment for cultural spending is the next ask.

‘This Is Not Enough’

As Giada Zampano is reporting for the Anadolu news agency, Italy’s newly deployed coronavirus COVID-19 mobile tracing app called Immuni is getting a good reception. The software was downloaded some 500,000 times as it launched on Tuesday (June 2) and is to be activated on Monday (June 8) in Liguria, Abruzzo, Marche, and Puglia.

Using Bluetooth—and with authorities pledging that all data will be expunged after use—the geo-location program uses smartphones to track citizens testing positive for the infection. “If someone tests positive,” Zampano writes, “and marks that status on Immuni, then the app will alert anyone who has been in proximity of that person. They’ll be advised to self-quarantine and get tested themselves to limit the spread of the virus.”

In recent polling, 44 percent of Italians responded that they’d be willing or probably willing to download the app.

And continuing its efforts to make the case for broader support from the Giuseppe Conte government in Rome, the Italian publishers association (Associazione Italiana Editori, AIE) today says that it applauds culture minister Dario Franceschini’s endorsement of two decrees that together will allocate €40 million (US$45,157) from the so-called Fund for Business and Cultural Institution Emergencies.

Calling for the ‘Family Card’

Where the association’s president Ricardo Franco Levi sees the most concerning lag, however, is in the publishers’ insistent pressure for the creation and issuance of a “family card” that would stimulate book-buying and consumer support for other cultural elements of the economy.

“We appreciate this first step in support of the book supply chain,” Levi says in reference to Franceschini’s action in an open statement released today to the news media from Milan and aimed at Franceschini’s offices.

“But this is not enough. We would like to remind you of our proposal, made together with the Italian Booksellers Association, to support Italian publishing through a purchase card intended for families with children at the beginning of the school year.

“This measure would allow us to face the emergency and, at the same time, to build the foundations for a policy in support of reading which is still lacking in our country.

“We are confident that formulas can be found to ensure rapid coupon distribution.

“Thanks to the purchase card, publishers who—in the absence of this intervention, would still have to receive specific support from the government to deal with this dramatic moment—would have immediate and direct relief” from the family spending it presumably would trigger.

“To underline the seriousness of the blow suffered by all the publishing industry,” Levi says, “just remember that three-quarters of the small and medium publishers” could be forced to shut down by the end of the year if serious relief and support is not forthcoming. 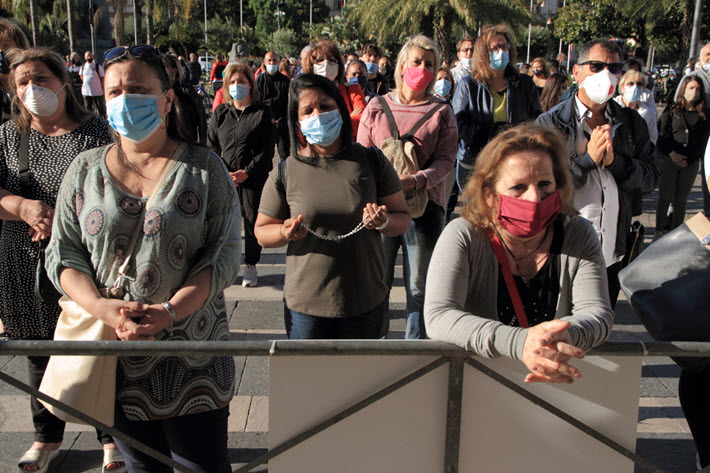 In Pompei, worshippers attend an outdoor service on May 31, taking up positions marked on the groud for distancing. Image – iStockphoto: Pasquale Senatore