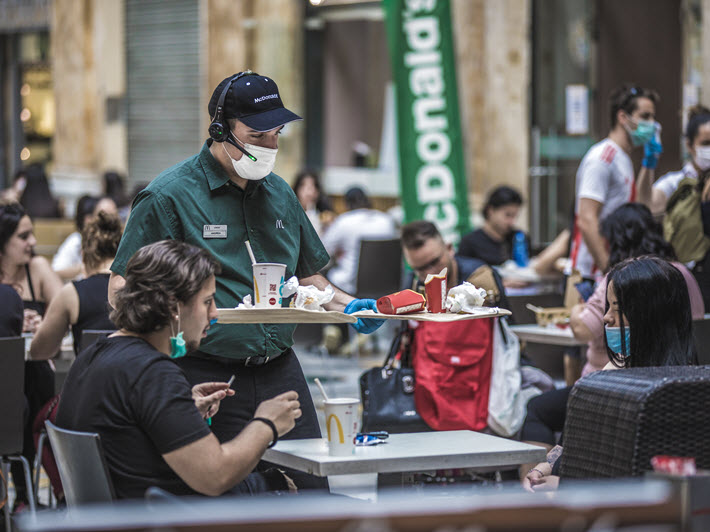 The head of the Italian publishers’ association, Ricardo Franco Levi, presses the organization’s case for inclusion in Rome’s education plan for recovery at Conte’s States-General sessions this week.

Service at a McDonald’s in Naples on June 13. Image – iStockphoto: Sergio De Michele

‘The Situation is Dramatic’

As news reports have made clear, Italy’s statistics agency Istat has projected that the country’s economy will contract by 8.3 percent this year, and further revisions may worsen this outlook even further as data becomes more available.

Relayed in a report from CNBC by Holly Ellyatt, it’s clear that the “stagnation territory” into which the market’s economic prospects had fallen by the end of 2019 had created a vulnerable scenario even before the nation became Europe’s first epicenter for coronavirus COVID-19 outbreaks.

As Ellyat writes, Istat wrote that the Giuseppe Conte government’s lockdown had “a deep impact on the economy, influencing production, investment, and consumption decisions and very negatively affecting the labor market.” And indeed the 8.3-percent figure is prefaced on an assumption that there will not be a second wave of contagion in Italy—and that the economy will respond well to policy decisions, “avoiding turbulence in the financial markets and a credit crunch.”

For a badly staggered Italian publishing industry, this has come to mean that the best hope for the book business lies in attaching its fortunes to the developing educational response of the government. This is the working theory being adopted at this point by the Italian publishers association (Associazione Italiana Editori, AIE).

Conte, convening a Stati Generali at the Villa Pamphili—a States-General summit of key industry components on the economic debate about the way forward—has exposed many aspects of a badly frayed commercial context, but has worked to maintain a positive outlook At the Italian Times, Cristina D’Amicis reports that he has told the assembly, “The situation is dramatic but we are confident because in Europe the conviction has matured that only  a strong, cohesive, and coordinated response will allow us to face this shock.”

In addressing the States-General as a chief of one of the Confindustria group of creative-industry associations, it sounds as if AIE president Ricardo Franco Levi is not waiting for European cooperation, but is angling very hard to position book publishing as integral to the educational initiatives that are part of Rome’s recovery plan—itself attacked during sessions of the States-General as a “welfare” program.

Casting the need as one of re-launching reading itself in Italy, Levi is quoted today (June 18), saying, “Growing knowledge, culture and education in our country is the best way to get out of the current crisis and build a better Italy.”

Levi on Four Points of Recovery 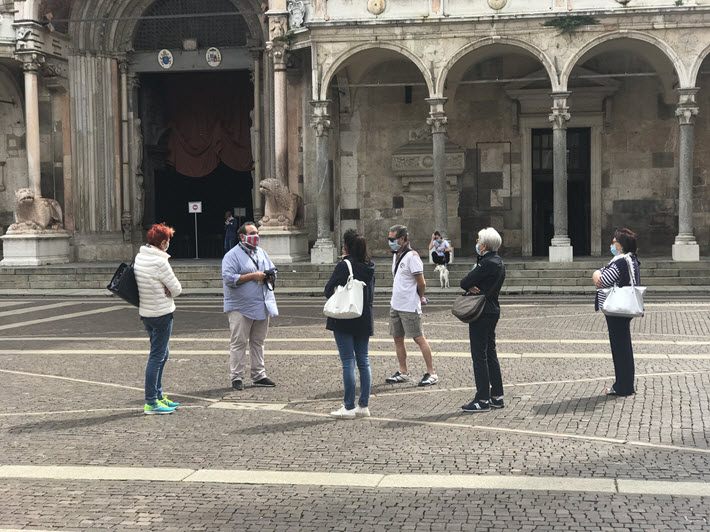 In Cremona, a small group of masked tourists, June 13. Image – iStockphoto: A Columbo

Levi delivered to the States-General a document that outlines how “the support and promotion of reading must take a central place on the political agenda. The reading data in fact indicates a national emergency, all the more because it describes a country split in two” in which the South’s lags in reading data is even more pronounced, he says, than economic differences with the comparatively wealthy, commercialized North of the country.

The publishers’ association, Levi has told the States-General, “proposes to intervene by putting ‘school, the country’s cultural growth, university, and research’ at the center” of its recovery efforts.

This must lift, however, not only schoolbooks and other educational publishing, but the whole industry, Levi says, if the country is to avoid losing 77 percent of its smaller presses by year’s end. His organization’s membership has indicated in surveys that more than three-quarters of the smaller independent houses are contemplating closing because they won’t have the money to go on past 2020.

Tax deductions for families for the purchase of books, Levi says, are now more necessary than ever: “The governor of the Bank of Italy,” he says, “has raised the alarm on the growing poverty of the country, stressing that material deprivation will increase the cultural poverty of the younger generations, many younger citizens being forced to  abandon their studies even before graduating—or perhaps never enrolling in university” in the near-term years to come.

And it’s into that educational system gap, Levi says, that the publishing industry now must be supported in moving forward to retain reading’s importance and cultural citizenship.

In its 7:33 a.m. ET update (1133 GMT),the Johns Hopkins Coronavirus Resource Center reports the Italy now at No. 8 in the world’s highest caseloads with 237,828 cases and a death toll of 34,939, the world’s fourth highest after the UK, Brazil, and the United States. 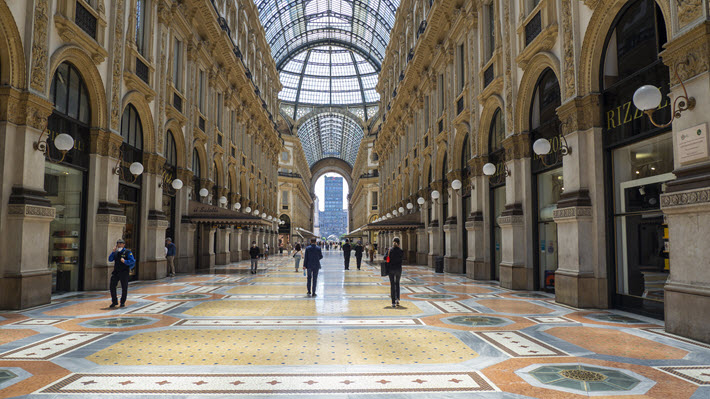