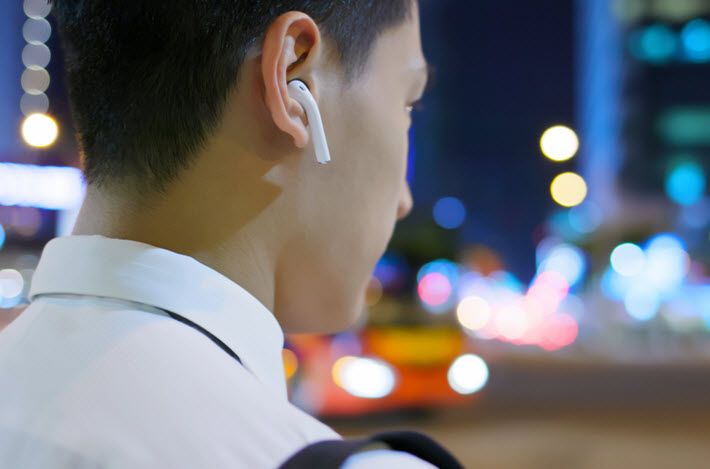 Starting with a statistical overview, Bookwire’s All About Audio conference on June 24 examines facets of growth in audiobooks with specialists on what’s working and what’s next.

Shortly after Bookwire’s “All About Audio” international program opens online Wednesday (June 24), Bilbao-based consultant Javier Celaya will tell digital conference-goers that before the end of this year, the world audiobook market will grow by 25 percent. 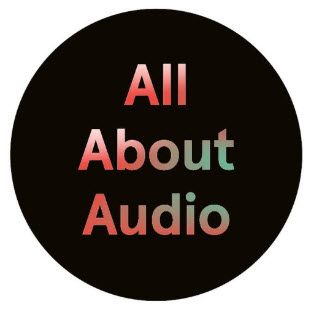 The founding CEO of Dosdoce.com, Celaya is expecting the international audiobook trade to reach almost US$4 billion by year’s end, a world record.

Wednesday’s “All About Audio” event, introduced by Frankfurt-based Bookwire‘s audio lead, Videl Bar-Kar, features presentations from Celaya and six other speakers, each taking a specific angle on the current context and outlook for audio activity.

The program is to include a quick round of questions for registered attendance and will be held on the Zoom platform.

Its featured speakers in addition to Celaya:

Today, an overview of some of the talking points expected to surface in the “All About Audio” programming. 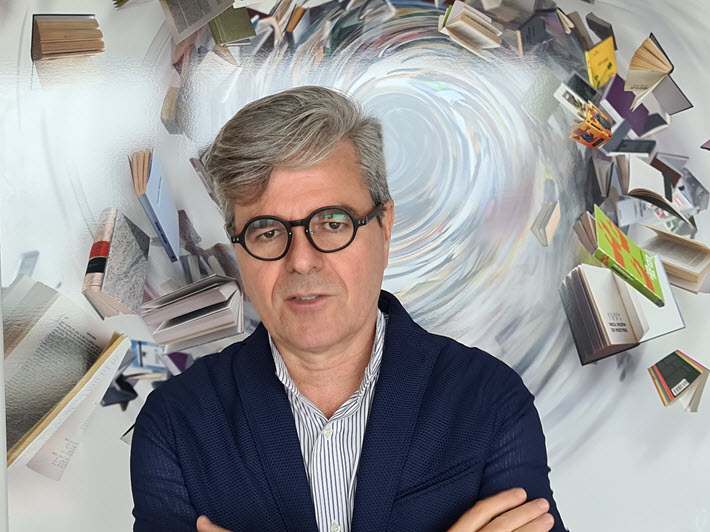 The key message he’s bringing is that publishers can and should think of the growth of audiobooks and podcasting as being parallel tracks in development.

Despite the industry-battering effects of the coronavirus COVID-19 pandemic, Celaya tells Publishing Perspectives than in his outlook for audio o9verall, he sees the global podcasting market paralleling audiobooks’ growth with its own increase of some 30 percent, setting its own record at some US$1 billion by year’s end.

In fact, Celaya tells us, “If the audio content industry continues to grow with a compound annual growth rate of 20 percent until the end of this decade, the worldwide audiobook and podcast market together will surpass US$25 billion by 2030.”

“But this might change with the rise of podcast subscription services.”

Audiobooks have the lead in subscriptions, Celaya says, with audiobook subscription streaming services growing faster than unit sales. International industry specialists will note that in the United States’ and United Kingdom’s markets, the key metric remains unit sales in audiobooks and ebooks. But in the Latin American, Asian, and continental European markets, he says, subscription platforms are “becoming more relevant.”

What’s more, Celaya is looking these days at the fast-growing overhang of podcasting and sees, if not a competition, a podcasting imperative growing, something publishers may need to take into account. 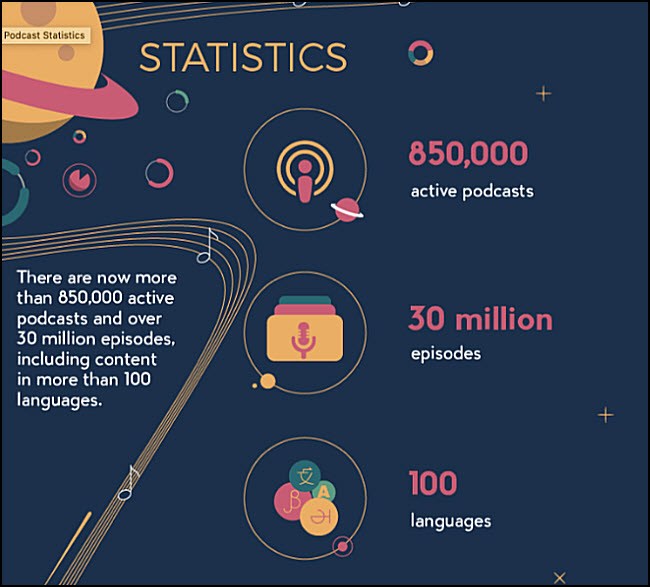 Keep in mind that podcasting is relatively easy to accomplish and open to all, compared to the demands of top-grade professional audiobook production, of course. But Celaya tells us, “There are more than 1.1 million podcast series comprising more than 30 million active episodes in 100 languages worldwide–but only half a million audiobooks available worldwide.”

Among the audiobook titles on the markets, Celaya says he sees:

And in podcasts? He cites an aggregate of more 850,000 active podcasts in operation.

Following more sector-setting detail, Celeya’s colleagues on the “All About Audio’ program will offer a series of targeted viewpoints of their own.

Targeted Viewpoints from ‘All About Audio’ Speakers

With each specialist providing a relatively short look at key issues in her or his purview today, Bookwire’s program unfolds across a series of observations in both audiobooks and podcasting.

Declan Moore: Podcasting and the Pandemic

Founded in 2016, the American podcast network Wondery was launched by Hernan Lopez with backing from 20th Century Fox. 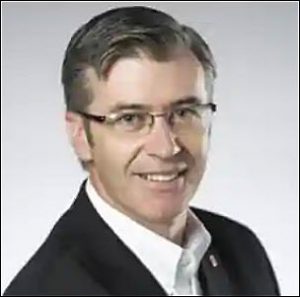 Moore, who heads up international for Wondery in London, is the past CEO of National Geographic Partners, and in response to Publishing Perspectives’ question, says that the initial downturn in podcast listenership seen in some markets at the onset of the COVID-19 pandemic.

“Like many producers,” Moore says, “we saw an initial dip as people both adapted to new schedules from stay-at-home orders and sought out more news content as the pandemic spread and they were seeking information on how to protect themselves, their families, and loved ones—and what the federal and local responses and guidelines were.

“New schedules began to emerge as people seemed to have their hands full at home in the mornings, but managed to carve out new me-time in the afternoons for neighborhood walks, chores (or parenting hand-offs!).

“Since a dip at the end of March,” Moore says, “we started seeing a recovery in April which gained steam in May with a strong showing in June—up significantly over last year.

“Across genres,” he says, “we’ve seen a 24-percent increase in comedy, perhaps as people look for light relief from the headlines . We’ve also seen a 19-percent increase in weekend listening, as well as a 30-percent year-over-year leap in listening to kids’ and family podcasts.”

Page was with senior management at Audible UK before her work with the Berlin-based Blinks Labs GmbH, known as Blinkist. In her capacity as director of publishing relations with Blinkist, she’s focused on the digital revenue boost that audio has begun to promise the publishing world. 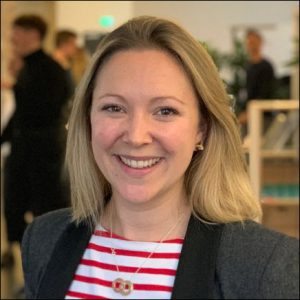 She works with rights holders, audio talent, and publishers on the content catalogue and tells Publishing Perspectives that she sees energy in specialized, focused educational content, in particular.

“We’re really interested in the surge in popularity for micro-learning,” Page says.

“It’s important not to underestimate the value a listener can get from a punchy, well-produced audio experience—and how effective a tool it can be for introducing new audiences to big ideas and emerging authors.” 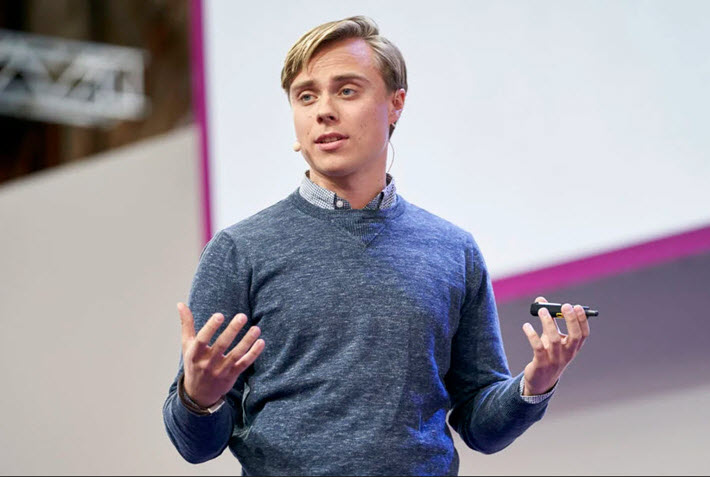 Based, like Blinkist, in Berlin, Future of Voice is a company that creates customer applications for call centers and digital assistants … like the one who keeps waking up in the United States these days when she mistakes the word election for her name on television newscasts. Let’s be sure to ask Kosub about that on Wednesday.

Future of Voice, at which Kosub is the co-founding managing director, was selected by Amazon to work with the Alexa program on its Echo devices. Prior to his work in voice assistant technologies, he created and sold an e-commerce startup, Wandnotiz, and has studied business administration at Harvard, MIT, and the University of Hamburg.

“Now is the time when intelligent computers start understanding us, and in the way most natural to us: the way we speak.”Malte Kosub, Future of Voice

With an estimated 3.25 billion digital voice assistants already in service last year, what Kosub knows is that these devices and their speech programs have a growing potential for audio distribution and delivery.

Talking with Publishing Perspectives, he talks about his concept of voice—as that performance-plus-distribution-plus-delivery system—as the coming “No. 1 gatekeeper in our digital world.”

That perspective makes a lot of sense as soon as he fills in the evolutionary context he sees around it.
“For the last 20 to 30 years,” Kosub says, “most of us have learned to ‘understand computer.’ Now is the time when intelligent computers start understanding us, and in the way most natural to us: the way we speak.”

In Wednesday’s “All About Audio” program, Kosub says, “I’ll not only point out why conversational AI [artificial intelligence] is taking over right now—and will do so even more in the future—but also how brands and companies can make use of it.

“I’ll present our voice formula for realizing smart projects on digital assistants, as well as on call center hotlines and chatbots.”

We—and Alexa—will be listening in.

Another speaker familiar to our readers is Helena Gufstafsson, based at Stockholm’s internationalized subscription company Storytel. 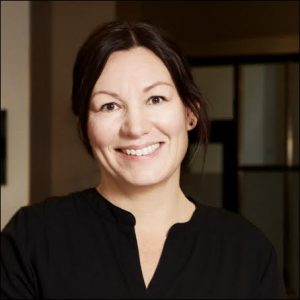 Now with its presence expanded to 20 nations, Jonas Tellander’s Storytel is among the world’s leading players in subscription models in audiobooks, often producing original content in its markets that don’t have as much local-language audio content available as a subscription audience may demand.

In Wednesday’s presentation, Gufstafsson will be touching on a topic that warms any publisher’s heart: backlist.

“With curation and personalization digital services helping people find books in a broader context, we see growing numbers of backlist listenings. In fact, in some ways, backlist is becoming the new frontlist.”

In a chance to hear from one of Europe’s largest publishing conglomerates, Saga Egmont‘s Mette Caserta, based in Copenhagen, has watched as the audiobook sector grew into its now key position for publishing houses. 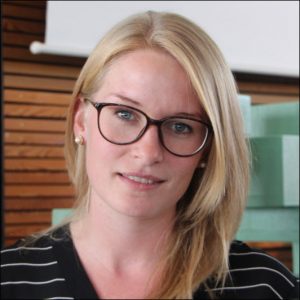 Saga Egmont International is the parent of Denmark’s Lindhardt & Ringhof and as Saga Egmont’s editor-in-chief, Caserta has watched as streaming boosted audiobooks into a reborn status (from their stalled spot in the old market of cassette tapes and CDs).

“The publishing industry stands at a new digital golden age,” she tells us, much as film and television production has moved into new standards and reach through the streaming networks that now purvey cinematic content.

“As I’ll demonstrate in my talk,” she says, “for us at Saga, the combination of audio and streaming have been the key to growing our own market. And I’ll end with some strategies that publishers might want to consider for navigating the market.”

Deezer is best known for its music streaming service founded in 2007 by Daniel Marhely and Jonathan Benassaya and based in France. Now accessed in as many as 180 markets, the company is perhaps better aware than most of how many others are out there with it on the Net. 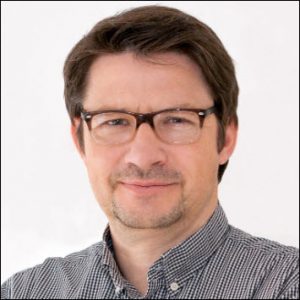 Not surprisingly, then, Richard Wernicke, the Berlin-based head of content for the company is talking on Wednesday about how to face that competition by making the most of audio content.

Prior to his work with Deezer, Wernicke was with the German streaming music service Simfy and held managerial posts with EMI Music and Four Music.

One of his areas of emphasis is on the usefulness of a UCPS, a user-centric payment system, as he oversees editorial for audiobooks as well as music and podcasts at Deezer.

Publishing Perspectives is a media partner with Bookwire’s ‘All About Audio’ conference. More from us on audiobooks is here, more on subscription is here, more on Bookwire is here, and more from us on the coronavirus COVID-19 pandemic and its impact on international book publishing is here and at the CORONAVIRUS tab at the top of each page of our site.