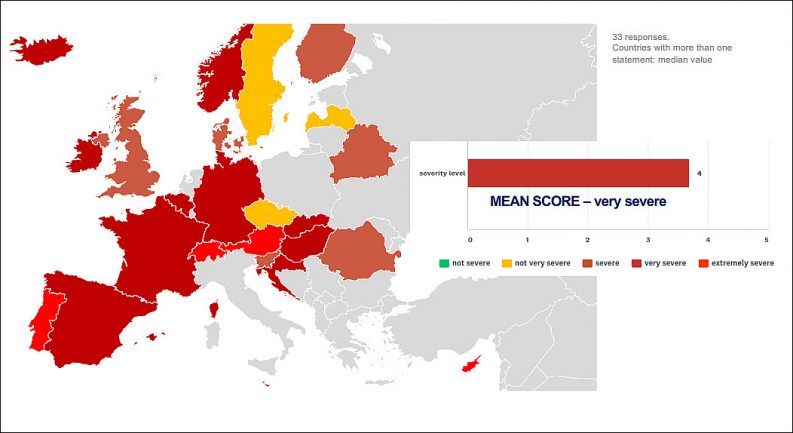 While harder to gauge than some sectors of the world industry, the pressures faced by writers and translators in the European markets are quantified in a survey responded to by 33 organizations in 24 countries. 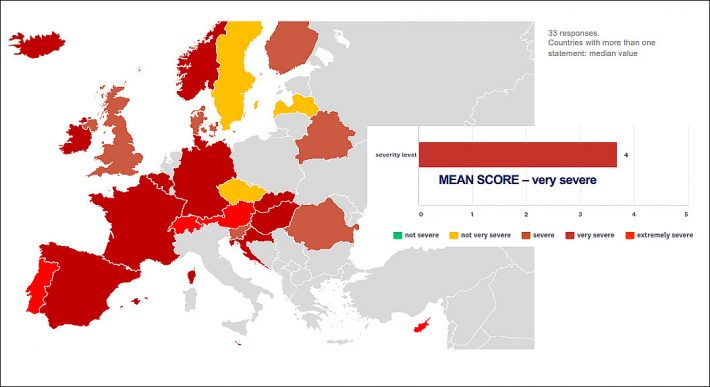 In terms of the impact of the coronavirus COVID-19 pandemic on the world publishing industry, one of the hardest sectors to see into is the authors’ experience.

This has to do with both the nature of authors’ position in the supply chain and with the individual-vendor status of their work.

Book publishing is unlike many industries in that its fundamental product, the writing, is not, for the most part, an in-house commodity. Publishers wait for their next new bestselling authors to arrive on no known date, writing about no pre-arranged topic, and in many if not most cases as people previously unknown. A Nielsen- or NPD-style point-of-sales tracking system of each authors’ progress is impractical. The rankings of book sales on retail platforms like Amazon can offer only clues to how titles are navigating a bottomless marketplace of millions of books.

What information can be gathered on the contagion’s effects on authors’ work and circumstances, then, is anecdotal. And survey work is, of course, a matter of a self-selecting sample: respondents who are motivated and/or have time to answer survey questions do so, others don’t. 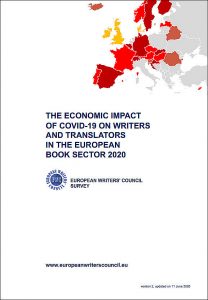 None of these caveats, of course, negates the importance of getting what insight might be available on the pandemic’s presence in the writers’ corps for the precise reason that the industry is dependent on these workers for its essential content.

And this is why it’s useful to look at elements of the report issued earlier this month by the European Writers’ Council based in Brussels.

Not unlike the European and International Booksellers Federation (EIBF) and the Federation of European Publishers (FEP), the council’s work lies in advocacy, and its constituency includes “the creators of literature, poetry, fiction and nonfiction, young adult and children’s literature, drama, screenplays, core texts for audiovisual works, and translation of all forms of literary works.” Core focal areas are in copyright, cultural policy, and cultural exchange. It works through national market writers’ unions and has been in operation since 2005.

With 41 member-organizations from 27 nations, the European Writers’ Council counts some 150,000 writers and translators in its representational field.

Publishing Perspectives has been in touch with the organization’s president, the German author Nina George, best known in English translations by Simon Pare for The Little Paris Bookshop (Penguin Random House / Crown, 2016) and The Book of Dreams (PRH / Ballantine, 2019). In the council’s leadership, George works with the council’s secretary-general Myriam Diocaretz.

The Economic Impact of COVID-19 on Writers and Translators in the European Book Sector 2020 (PDF) is probably the most comprehensive and detailed study to date in the European arena of how responding writers and translators say they’re being affected.

Represented in the survey are responses from 33 writers’ and translators’ organizations in 24 countries including Belarus, Switzerland, the UK, Iceland, and Norway. This group of markets has an aggregate membership of some 127,000 writers and translators who work in 27 languages.

While encouraging you to follow up by looking at the full report, we can offer here today (June 30) an overview of some high points.

Highlights from the Survey 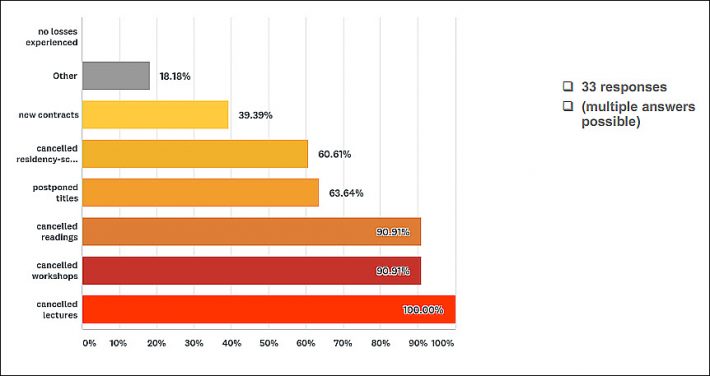 One observation is that as so many publishing and book events have moved to various digital formats, little provision has been made for writers and translators to be paid, especially because in most cases there are few e-commerce accommodations that offer payment functionality. It’s worth the effort by publishers and others to remember that any appearance or participation by an author or translated online is a chance to pay that person for that appearance.

Another comment from the survey has to do with perceived increases in piracy of ebooks, but some of the contributing factors here sound like ongoing conditions, not necessarily reliant on the pandemic. For example, “low-priced subscription models without fair remuneration for authors” are problematic and discussed frequently, contagion or no. At the same time, reduced ebook pricing was seen during the highest levels of contagion in Europe, as retailers sought to build sales. This, of course, produced less revenue.

As for aid programs: 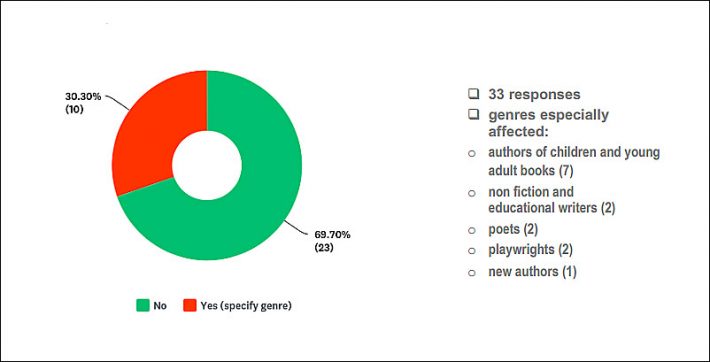 In terms of which genres may be especially affected in the pandemic, just over 30 percent of respondents to the European Writers’ Council say they see authors of children’s and YA books particularly impacted. These are writers who are dependent more on some others on appearances—as in school readings and workshops. Image: European Writers’ Council

It’s estimated in the course of the report’s content that up to 30 percent of fiction published in the European markets each year is work in translation.

In the latest June 30 figures provided by the Worldometer tracking system, Europe shows a total of 2.4 million cases (2,437,781 at this writing). The new cases there on a daily basis are, for Tuesday, 8,547. Total fatalities from the pathogen stand at 191,263, but the good news for the region is that the new cases for the day stand at 237. A total 1.4 million people have recovered (1,368,155. And at this point, 5,728 people are listed in serious to critical condition.

More from Publishing Perspectives on authors is here, more on Europe is here, and more from us on the coronavirus COVID-19 pandemic and its impact on international book publishing is here and at the CORONAVIRUS tab at the top of each page of our site.