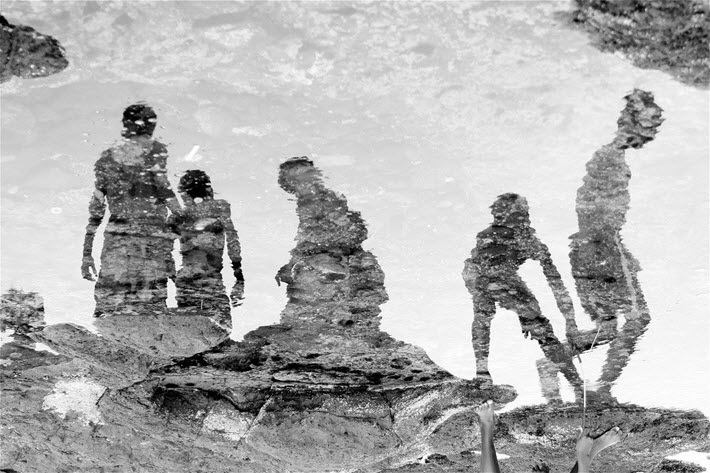 The African archipelago also known as Cape Verde makes its ‘Words Without Borders’ debut this month, its Portuguese-based literature coming from a people accustomed to feeling they’re at the center of things.

Hélder Paz Monteiro, “#04/05 (in)ver(tido) reflexo.” Image: courtesy of the photographer and provided by Words Without Borders

You may know Cabo Verde as Cape Verde, a place frequently mentioned in relation to the Atlantic hurricane season (it starts June 1) as meteorologists study the early signs of storm-system development.

What blows in from this archipelago off the west coast of Africa this month, however, is literature. Put together by Words Without Borders editor Eric MB Becker, this suite of translated content opens new territory. It’s the first time the organization and its magazine has featured work from Cabo Verde. The occasion was prompted by Becker’s appearance at the 2017 Festival Literatura-Mundo do Sal, an international event on the island of Sal.

With a population of fewer than 550,000 people, the Republic of Cabo Verde also has a comparatively modest 349 cases of the coronavirus COVID-19 at this writing, according to the 4:32 a.m. ET update May 21 (0832 GMT), from the Johns Hopkins Coronavirus Resource Center. The death toll? Three people.

This month’s issue’s work originates in Cabo Verdean Portuguese and a Cabo Verdean variant spoken on Santo Antão, a creole language with Portuguese and African influences. And with that, Words Without Borders now can claim 142 languages in its growing collection of translated literature. Becker is a translator from Portuguese, himself, and has contributed translation to some of the work of this edition. 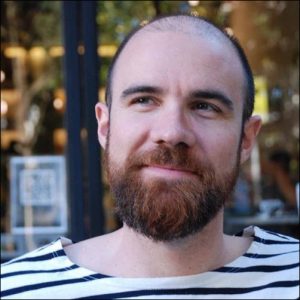 This issue includes the work of six writers in 10 pieces, one of which is an introduction by cultural anthropologist Manuel Brito-Semedo and translated from Portuguese by Jethro Soutar.

Brito-Semedo’s assertion that Cabo Verdean people “aspire to see their work travel the world and long for their country’s literature to occupy a central place in the global picture” might elicit a cry of Join the crowd! from writers of many languages and nations. In the grand sweepstakes of literature and commerce, who doesn’t want to see their work recognized, read, and revered?

But as you learn in this essay, “Islands Running Across the Globe,” tradition holds that “Cabo Verde’s two main resources are its latitude and longitude, fixed points; in other words, its geographical location. This is why the islands have been used throughout history as a supply base for voyages of ‘discovery’ or coastal trading, as a point of reference on maps, and as a bridge connecting two extremes of the Atlantic.”

This is an island culture immersed in the notion of centricity. Historically serving as a base for European seafaring explorers and/or conquerors of the world since the mid-15th century, “Cabo Verde was more than just a strategically located point on the map,” Brito-Sameda writes. “It also served as a bridge between two ethnic groups, one from Europe and one from Africa, and between two parts of the Atlantic Ocean, the north and the south.”

It also is the quintessential example, he explains, of a culture “formed by the blending of races and institutions, and the people were quick to grasp this and forge their own path and culture. Cabo Verde’s folklore, popular music, creole language, and high regard for literature are all examples of this mixed origin and remain defining characteristics of its people today.”

Those interested will find a detailed assessment of the various influences on the literature of these islands, followed by one novel excerpt, three short stories, three essays, and four poems in translation.

Items in the May Edition

‘Voices From the Pandemic’

Becker and Susan Harris have commissioned work for Words Without Borders “to offer humanistic perspectives on, and literary responses to” the COVID-19 crisis. New work is being added as available.

You’ll find it here: Voices from the Pandemic: A New Series for These COVID-19 Times.

More from Publishing Perspectives on ‘Words Without Borders’ is here, and more from us on translation is here. More from us on the coronavirus COVID-19 pandemic and its impact on international book publishing is here and at the CORONAVIRUS tab at the top of each page of our site.