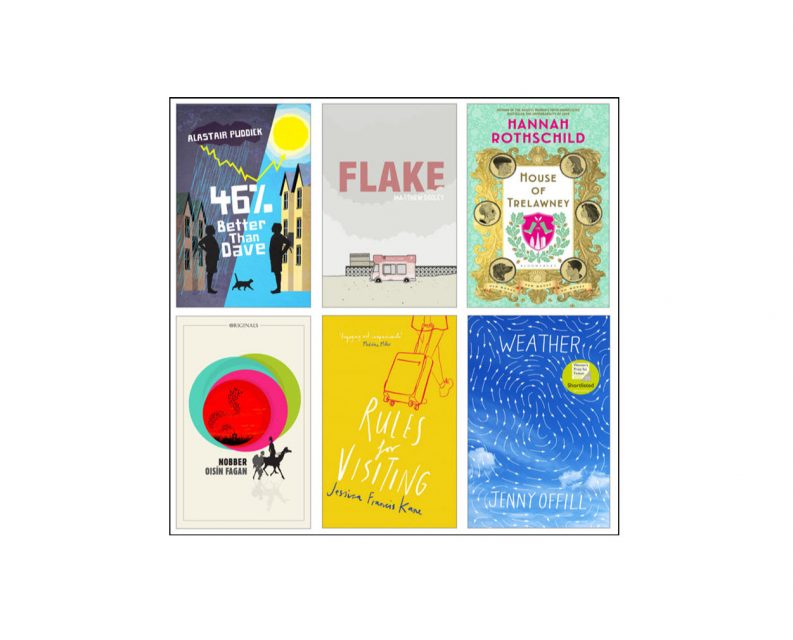 Celebrating the funny side of fiction, jurors for the 20th edition of Bollinger Everyman Wodehouse Prize for comic fiction announce their shortlist picks today. 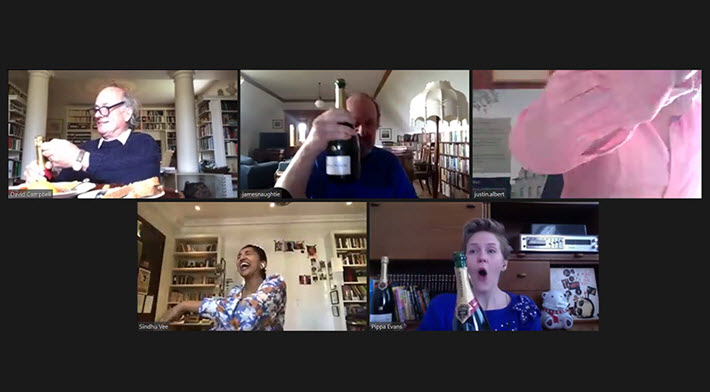 Another digital doing of an awards program, the Bollinger Everyman Wodehouse Prize for comic fiction today (May 28) is announcing its 2020 shortlist, with a roster of six titles.

The jurors made their decisions in a merry online lunch, and the program has provided screengrabs from that event to the press.

The award this year had 69 novels in submission, all published between June 1 of last year and Sunday (May 31). The program is in its 20th anniversary year, although no prize was given one year, the jurors deciding nothing submitted was laughable enough.

The winner of this prize gets a set of the Everyman’s Library Wodehouse collection along with a jeroboam of Bollinger Special Cuvée and a case of Bollinger La Grande Année. The jeroboam is twice the size of a magnum. And last year’s methuselah, which went to Nina Stibbe for her book, Reasons To Be Cheerful (Penguin).

There’s also a pig involved—based on the Bollinger logo—to be named after the winning book.

This year’s shortlist includes the program’s first graphic novel, and Hannah Rothschild is being shortlisted for a second time. The winner of this year’s award is to be named on June 24. 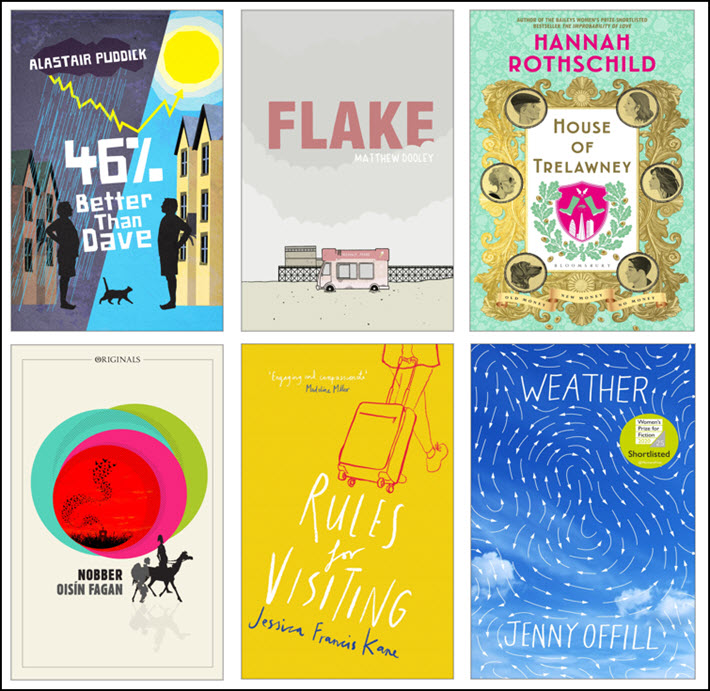 In a prepared comment, David Campbell, the publisher of the Everyman’s Library, is quoted, saying, “The judges were all very pleased to have been able in these harsh times, when humor has never been more important, to select such a very strong shortlist, and in the 20th anniversary of the prize.”

Victoria Carvantan, Champagne Bollinger director for the UK, says, “This year’s entries provided a welcome distraction for the judges from the troubling times we’re experiencing. Now more than ever it is important that we take joy in simple pleasures and there is nothing better than being transported into the comic world of a great book, made even better with a glass of Bollinger in hand.”

And there’s a valuable opportunity here for industry players to consider which “normal” activities should be carried forward (at least publicly) during an exceptionally and historically grave period. There will be, after all, better times, when so many lives aren’t being lost amid life-threatening government mismanagement in many markets and a lethal contagion now detected in at least 213 countries and territories.

At this writing, the 3:32 a.m. ET update (0732 GMT) Johns Hopkins Coronavirus Resource Center reports 356,042 lives lost worldwide, 37,542 of them in the Bollinger prize’s home base, the United Kingdom. The UK”s caseload at 268,619 holds fourth place among the world’s case counts and it is second in fatalities only to the United States, which has overnight surpassed 100,000 deaths. Crippling unemployment and social stress accompany every element of the medical catastrophe.

While respected colleagues will come to different conclusions, it’s good at least to consider how any industry’s more lighthearted traditions may be seen at such times. Under unique and woeful circumstances, a prize can be conferred quietly, after all. And to be sure, the context of the public health emergency is hardly the program’s fault, nor is the work of its authors any less commendable. But tone counts and the industry’s presence in the issues of the day can at times be a good thing to evaluate.

Past Winners of the Bollinger Prize

More from Publishing Perspectives on awards in books and the industry is here. And more from us on the coronavirus COVID-19 pandemic and its impact on international book publishing is here and at the CORONAVIRUS tab at the top of each page of our site.