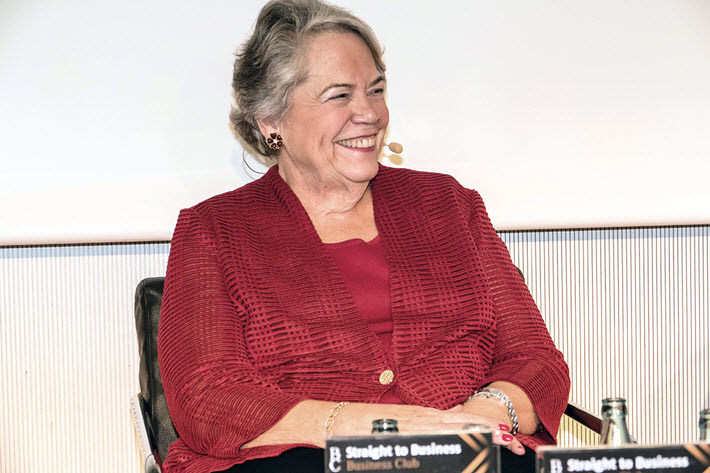 Among the most admired and respected of Big Five leadership, Reidy joined Simon & Schuster in 1992. PEN America’s Jennifer Egan calls her ‘a champion of free expression who embraced her role as a publisher.’

A Woman in Leadership, an Enabler of Others

Tremendously difficult news for the American and international publishing world:

Carolyn Reidy, president and CEO of Simon & Schuster, has died on May 12, the company reports, of a heart attack. She was 71 years old.

Reidy had led Simon & Schuster through years of enormous blockbuster hits and challenging economic conditions since 2008. She was appreciated by many in the industry—and certainly in the news media—for her straightforward comments on issues facing publishing.

For example, in discussing the impact of self-publishing on the trade industry during a CEO Talk appearance at Frankfurter Buchmesse in 2017, she said there was no doubt that self-publishing was “huge” and had “taken away some consumers” from the trade in the US market. It had created a need, she said, for trade publishers to “make the case for what it is we provide and what self-publishing does not provide.

“I think it makes us focus,” she said, with typical candor, “more on what we do for the author. Self-publishing makes us make sure our game is as good as it can be.”

She also was never afraid to offer a controversial glimpse into her thinking. At Frankfurt, when asked about Brexit, she made a point of asserting that the advantage the UK market historically has had with its exclusive rights in the European market would be over. Already raised eyebrows shot up even further when she added, “I still don’t understand why the British think they have India.”

Recognized as a pioneering leader among women in the executive corridors of the publishing industry, Reidy is being hailed by many women in the business.

Jennifer Weiner writes, “Carolyn Reidy was a trailblazer for women in publishing. One of the first and few women leaders at the top of significant organizations. She was certainly an inspiration to me. A tremendous loss for our industry.”

The lives lost in the publishing industry this year have been just devastating. So many great talents and passionate advocates of literature. Sonny Mehta, Susan Kamil, now Carolyn Reidy. I’m sure my mind is deliberately blocking others out because it’s already far too many.

Speaking for the Association of American Publishers, the organization’s president and CEO Maria A. Pallante says, “We join our friends and colleagues on the AAP board, at Simon & Schuster, and across the global publishing community in mourning the loss of Carolyn Reidy.

“A former chair of AAP’s board, she was a giant among industry giants, and her undeniable poise, grace and charm earned her the love and admiration of scores of people who had the privilege and pleasure to know her.   Carolyn was a friend to me and I will miss her sorely.” 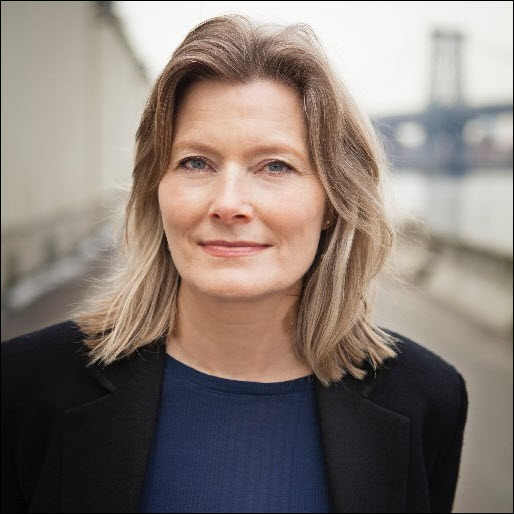 Today, PEN’s US president Jennifer Egan has issued a statement, saying that the organization “joins the entire literary community in mourning the incalculable loss of Carolyn Reidy, a primal force in publishing and a longtime supporter of our organization—both in her capacity as Simon & Schuster CEO and personally—as well as a revered and beloved champion of writers.

“Carolyn was a literary giant, a leader who artfully navigated the upheavals of publishing to amplify a wide range of voices reflective of our lived world. Curious, kind, and ever approachable, she was that rare publisher who would send a handwritten letter to a writer, praising her most recent book. Carolyn believed in every story she touched, and ushered our works into the wider world with passion, care, and decades of expertise.

“Carolyn was also a champion of free expression who embraced her role as a publisher in encouraging and protecting it. In a speech she gave to PEN America two years ago, she said, ‘In our country, too many voices are marginalized, or powerless, and through our choices of what to publish we have the ability and the obligation to help change that.’

“By embodying those principles, Carolyn expanded the literary universe of countless writers and enriched American culture. While her loss is enormous, equally so is the shining example of her legacy.” 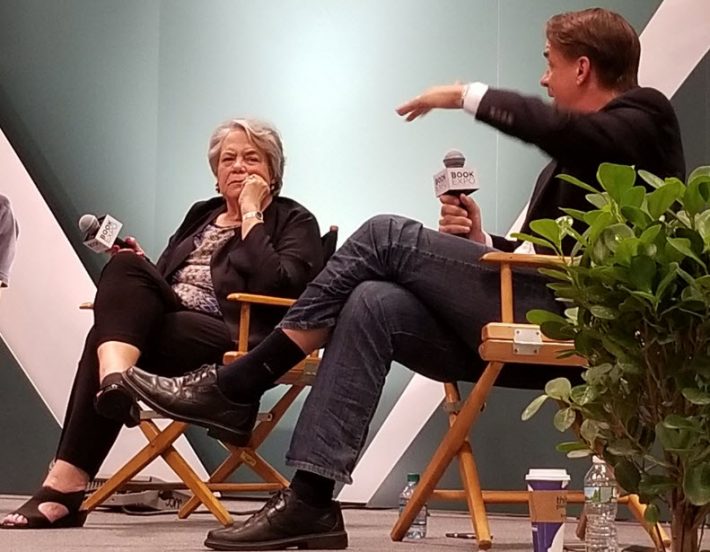 As recently as March, Reidy had found herself in the position of telling the publishing house’s staff that ViacomCBS CEO Bob Bakish had announced the network’s intention of selling Simon & Schuster.

She wrote to the company’s employees, “We have a history of strong and long lasting relationships with our authors, and we will continue to bring important voices to readers around the world, both with our current publishing and our rich backlist of perennially favorite titles.” 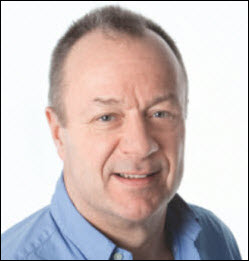 Late today, The Bookseller editor Philip Jones has written of how Simon & Schuster UK CEO Ian Chapman has issued a statement saying, in part, “I was fortunate, nay privileged, to work directly for Carolyn for the past 12 years. Her support of Simon & Schuster in the UK, Australia, and India was unwavering.

“Carolyn was empowering, inspiring, approachable to every member of the company. All of us are stunned by the news, on a personal level as well as professional, our authors, too, whose careers she championed and took such pride in.

“I learned and was still learning from her every day and I know that I will continue to hear her voice in my ear, full of wisdom, candour, humour and determination.”

As Hillel Italie writes for the Associated Press, Reidy “was an undergraduate at Middlebury College, and received a master’s degree and a doctorate in English from Indiana University.

“Reidy had worked in publishing for much of her adult life, starting in 1974 in the subsidiary rights division of Random House. Before coming to Simon & Schuster, she was president and publisher of Avon Books.” 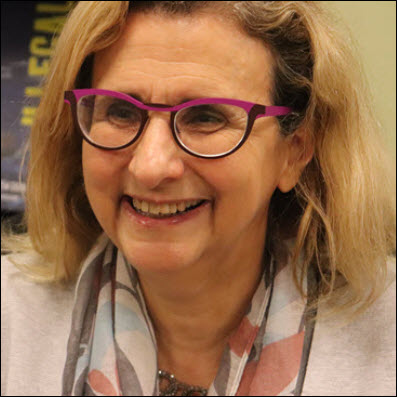 Dominique Raccah, herself an influential leader in American independent publishing as the founding CEO of Sourcebooks, issued a statement saying, “Carolyn Reidy was a trailblazer for women in publishing.

“One of the first and few women leaders at the top of significant organizations. She was certainly an inspiration to me.

“A tremendous loss for our industry.”

As a woman who also has… a decent amount of "personality" and some very pronounced opinions, Carolyn Reidy made me feel like there was room for me in the professional world, and in publishing, from the very first moment I met her.

Eulau: ‘Carolyn Inspired Me and Challenged Me’

Dennis Eulau, Simon & Schuster’s executive vice president for operations and CFO, in making the announcement to the worldwide staff of S&S has written today, in part:

As a publisher and a leader, Carolyn pushed us to stretch to do just that little bit more; to do our best and then some for our authors, in whose service she came to work each day with an unbridled and infectious enthusiasm and great humor.

” She had the rare combination of business acumen and creative genius that made her a once-in-a-lifetime publishing executive.”Dennis Eulau, Simon & Schuster

“Her fierce intelligence and curiosity, and her determination to know everything about a given subject if it could help us to be better, were matched by her complete and total accessibility: she wrote congratulatory notes to employees when they were promoted, and colleagues in every corner of our company always felt that they had a first-person relationship with her, and that they could reach out to her to discuss any subject and receive a thoughtful response in return.

“She was equally attentive, on a personal level, to our authors, to whom she sent handwritten notes when they received awards, made the bestseller list, or simply to let them know when she finished reading their books.

“Before joining Simon & Schuster, Carolyn was president and publisher of Avon Books, after having worked at William Morrow and Random House, where she was publisher of Vintage Books and associate publisher of the Random House imprint. She began her publishing career in 1974 in the subsidiary rights department of Random House.

“While this news is undoubtedly as much of a shock to you as it was to me, our thoughts and prayers in this time of grief are with Carolyn’s beloved husband Stephen, and her sisters and brothers and nieces and nephews whom she held dear.”
Information about where donations may be sent is to be announced at a later date.

More from Publishing Perspectives on Simon & Schuster is here. More of our obituaries are here.