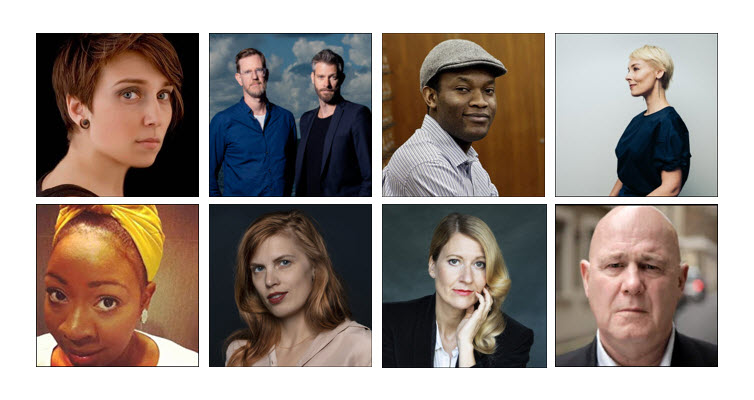 Sales of translation rights are being made into markets and territories from Romania and Serbia to Indonesia and Israel, as publishers enrich their lists with international releases. 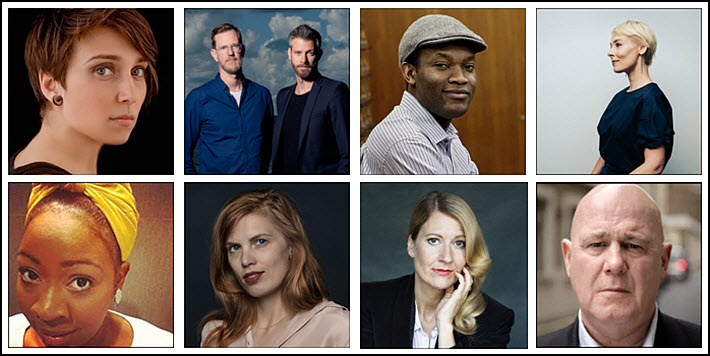 Fiction, Nonfiction, and a Children’s Book on Germs

From publishers in France, Turkey, Sweden, the United States, the United Kingdom, and South Korea, our  Rights Roundup titles today (May 8) are selling into a host of languages, markets, and territories, from Japan and Taiwan to Bulgaria and Estonia. 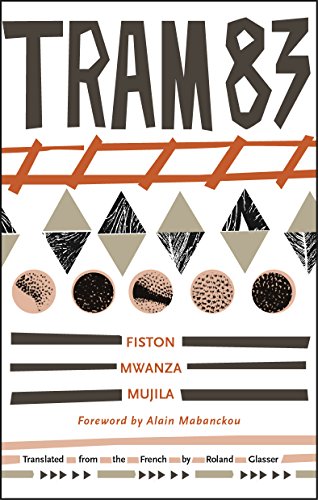 This, of course, is the noisy hum of international rights sales that lies below the surface the eerie stillness the pandemic has appeared to impose on world publishing and so many of its sister creative industries. There’s relationship fiction here, and political fiction, “emotional romance,” urban fiction, spy-craft nonfiction, and  family saga.

There’s a thriller co-authored by two guys who started writing together when they were each 10 years old—and now they’ve gotten back to it. And for kids, there’s a book that discusses the body as a hotel and our world’s germs as its occupants.  It’s fair to say that some hotel guests are more welcome than others.

We’ve chosen to lead off with the Congolese author Fiston Mwanza Mujila’s Villain’s Dance, first published in Paris by Éditions Métailié, which also produced his debut Tram 83 in 2014. Longlisted for the International Booker and a winner of the Etisalat Prize, Tram 83 has an English translation by Roland Glasser from Deep Vellum.

And in the new Villain’s Dance, Mujila is looking at “a country mined by dictatorship”—a concept increasingly familiar, far beyond Africa, as corruption and ineptitude seem such brazen accompanists to the pandemic’s advance in certain markets.

We’ve increased the frequency of these Rights Roundups, so that international rights directors and literary agents can have more chances to communicate some of the titles in which they’re seeing market interest, while many of the season’s usual physical rights-trading centers are shuttered by the contagion.

If you’d like to submit a deal to Publishing Perspectives, see the instructions at the end of this article. And as in each roundup, we use some of the promotional copy supplied to us, editing that copy to give you an idea about a book’s nature and tone. 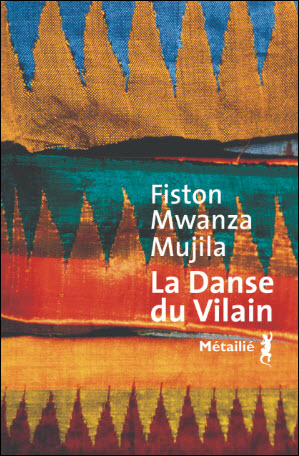 “The Democratic Republic of Congo, otherwise known as Congo-Kinshasa or DRCongo, has had a series of names since its founding. The name of Zaire best corresponds to the experience of the novel’s characters. The years of Mobutu’s regime were filled with utopias, dreams, fantasies, and other uncontrolled desires for social redemption, the quest for easy enrichment and the desecration of places of power.

“Among these events was Zairians’ immigration to Angola during the civil war boycotting the borders inherited from colonization–as if the country did not have its own diamonds—and the occupation of public places by children from outside.

“Mujila creates the atmosphere of the time through a roundup of characters. The diviner Tshiamuena, also known as Madonna of the Cafunfu mines, prides herself on being God with whoever is willing to listen to her. Franz Baumgartner, an apprentice writer originally from Austria and a rhumba lover, goes around the bars in search of material for his novel. Sanza, Le Blanc, and other street children share information with the intelligence services when they’re not living off begging and robbery. Djibril, a taxi driver, only lives for reggae music.

“As soon as night falls, each character dances and plays his own role in a country mined by dictatorship.” 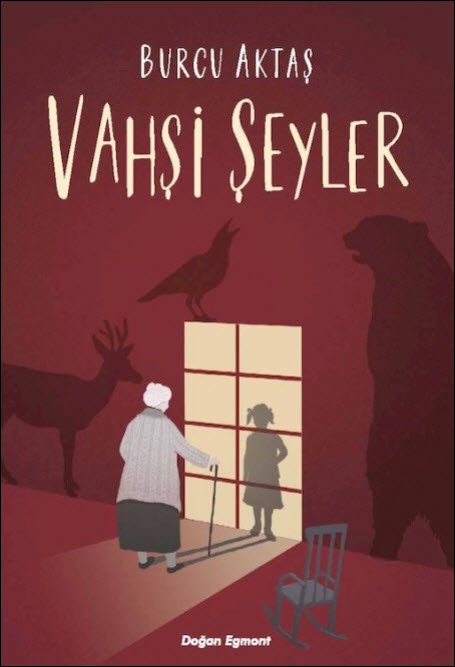 “A critique of concrete cities, ever expanding and occupying the space of all creatures. An old woman spends all her time at home watching the city in which she is now feels herself to be a foreigner. The city, Sehir, has a brown sea, unfinished buildings, hills covered with apartments, gardens covered with plastic flowers.

“One day while watching the street, she sees a little girl. And after that, strange things begin to occur. A roe deer is spotted in the midst of road traffic. A grizzly bear hibernates on a construction site.

“Who’s more savage, a bear or a human being? And who is that mysterious little girl?” 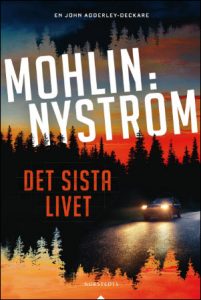 By Peter Mohlin and Peter Nyström

“Swedish-American FBI-agent John Adderley wakes up in the States with extensive gunshot wounds. Ten years earlier in Sweden, a father searches for his missing teenage daughter. Years pass with no clues or body, as John’s set to testify against the drug cartel he infiltrated.

“Having grown up in Sweden, he has a special interest in this cold case and demands to be transferred to Sweden to work with police who reopened the case. He must solve the case before the drug cartel finds him.

“Peter Mohlin and Peter Nyström grew up together in a small Swedish town and created their first crime novel as 10-year-olds. After working professionally with editorial text and directing and scripting for stage and film, they decided to pick up where they left off in middle school and write a crime novel. This is their debut, and a second book is to be published in 2021.” 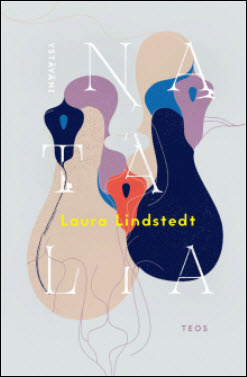 “The new novel by the Finlandia Prize-winning Lindstedt is about a young woman’s sexuality, the power of narration, and identity.

“This novel takes a deconstructive approach to the self-help narratives of our time and drives the tools of auto-fiction into a dead end, asking what’s concealed when everything is revealed.” 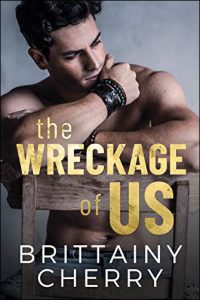 The Wreckage of Us

“In this emotional new romance novel, Hazel Stone and Ian Parker wear armor to conceal pain within themselves.

“As they work together on Ian’s grandfather’s farm, they strip away that armor piece by piece, letting hope come out and love come in. Hazel dreams of the Ivy League, and Ian is devoted to his music—but the chaos around them keeps them grounded. Still, they’re determined to close the distance between them and overpower the noise.” 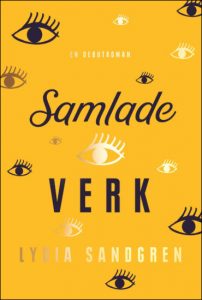 “Collected Works is a literary debut. a family saga of several generations.

“Martin Berg, owner of a small, ailing publishing house, is tumbling into a life crisis. Several years ago, his wife Cecilia disappeared from his and their children’s lives. Now, in middle age, looking back on his life, he can only see the sliding doors; what could have been. He wonders what would make up his collected works over his life: his close friendship with the unique and immensely more remarkable artist Gustav Becker, his passionate love for his now-missing wife, his two children and, not in the least, the half-finished manuscript that seems to mock him and his youthful dreams.

“Simultaneously we meet Rakel, Martin’s daughter, who is feeling out of place and restless in Gothenburg. The city is preparing for a retrospective of celebrated painter and family friend Gustav Becker’s work, and wherever she turns she looks into her mysteriously disappeared mother’s eyes, plastered on billboards everywhere – the enigmatic Cecilia, the muse of the brilliant artist. When Rakel finds a possible clue to her mother’s fate, her world tilts on its axis.” 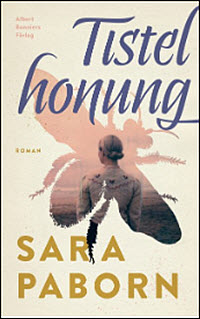 “Wild Honey is a relationship novel that spans two centuries. With loveable characters and a sense of humor, Sara Paborn draws the reader into the throws of youthful infatuation while also asking serious questions about what it means to be a woman then and now.

“In the end, we all yearn to surrender to love.” 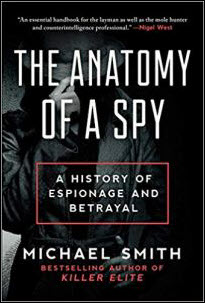 The Anatomy of a Spy

“Why do people put their lives at risk to collect intelligence? How do intelligence services ensure that the agents they recruit do their bidding and don’t betray them? What makes the perfect spy?

“Drawing on interviews with active and former British, American, Russian, European, and Asian intelligence officers and agents, Michael Smith creates a layered portrait of why spies spy, what motivates them, and what makes them effective.” 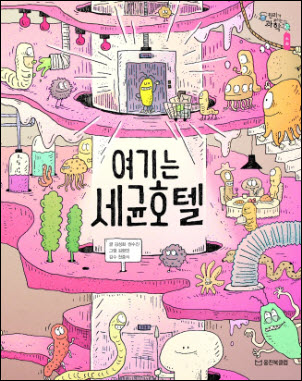 “Did you know that your body is one huge luxurious hotel for germs? There are millions of rooms for germs inside and outside of your body that you’ve probably never noticed, and they’ve been there since you were a small baby.

“What are germs doing in in our bodies? Do they make us sick? Or do they protect us from other bad germs? Read through different types of germs and learn how and why germs can be helpful.”

As usual, we give preference to titles that already have some right sales. And as you can see, it’s of high importance in titles we choose to list that an image be made available to us, both of the book’s cover and of its author. In a sale listing, we also require not only the language/territory into which the title has been sold but also the name of the publisher to which the title has been sold in that territory.

More of Publishing Perspectives‘ Rights Roundups are here, more on publishing rights is here.  More from us on the COVID-19 pandemic and its impact on international book publishing is here and at the CORONAVIRUS tab at the top of each page of our site.