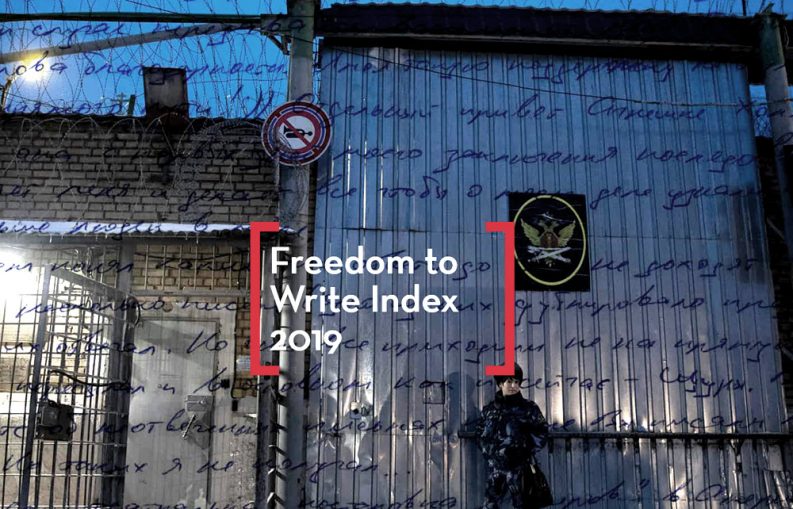 The new PEN America Freedom To Write Index provides an unprecedented overview of international suppression and detention. China, Saudi Arabia, and Turkey are the leading offenders. 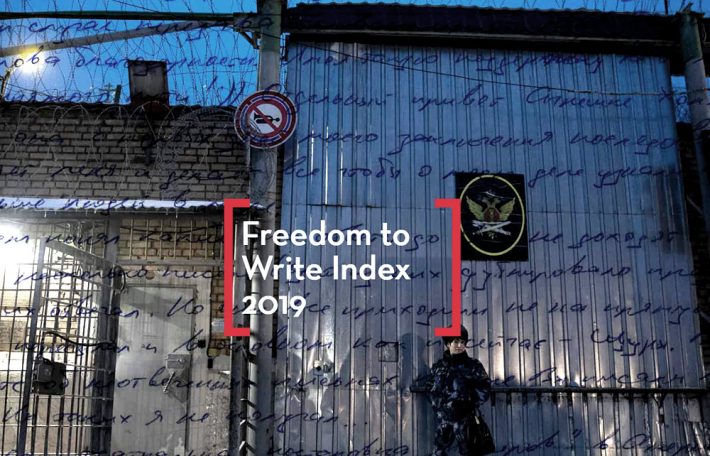 ‘A Menace to the Brittle State’

The numbers are, by any decent standard, terrible—and urgent.

PEN America’s landmark release Tuesday (May 19) of its inaugural annual Freedom To Write Index reveals that roughly 34 nations held at least 238 writers, academics, and public intellectuals in some form of detention.

Creating a much-needed consolidated listing of known international imprisonment, the new compendium brings into focus the fact that China, Saudi Arabia, and Turkey are standing at this writing as the world’s busiest jailers of people of letters, “facing often brutal treatment and baseless charges,” as the nonprofit organization of more than 7,200 members writes.

The listing includes novelists, poets, playwrights, songwriters, biographers, memoirists, essayists, bloggers, and other genre writers, and its darkening report reveals that almost 60 percent of these people were held in 2019 by China, Saudi Arabia, and Turkey.

The new index is accessible online as a “Writers at Risk” database here and its extensive introductory report is online here in a PDF for download here. In the online database, filtering presets let you can scroll through the entire listing or segment out entries by region, gender, status (“continual harassment,” convicted, “death in custody,” house arrest, imprisoned, and more), and professional designation. To see a specific country, type its name into a blank in the filtering options.

One of the most sobering revelations of the report’s release can be had in a single glance at the program’s mapping:

In PEN America’s Freedom To Write Index mapping of 2019 detentions of people of letters, the countries shaded in pink detained between one and four people; the countries in medium-red held five to 19 people; and the nations shaded in deep red detained 20 or more people. Image: PEN America

PEN’s analysis shows that the Asian-Pacific region detained or jailed at least 100 of the index’s subjects, 42 percent of the 2019 total. The Middle East and North Africa held 73 people featured in the index, or 31 percent of the total. This means that these two regions accounted for almost three-quarters of the detentions and/or imprisonments being tracked.

Europe and Central Asia stand as the third highest aggregated region, with 41 people, 17 percent of the total. And of those, Recep Tayyip Erdoğan’s Turkey accounts for 30 of those jailings.

Sub-Saharan Africa was analyzed to have held 20 writers, or 8 percent of the total, and the Americas reported four imprisonments and/or detentions, slightly under 2 percent of the whole.

A national listing from the index of countries holding five or more writers and intellectuals in 2019 features:

On the release of the new index, Suzanne Nossel, PEN America’s CEO, is quoted, saying: 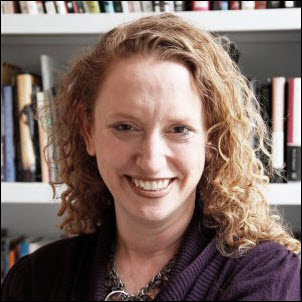 “The index spotlights governments’ nefarious will to suppress truth and control the public mind by silencing writers who dare challenge authority or portray social and political alternatives that rulers reject or fear.

“Many of these writers use the imagination to pierce ideological orthodoxies, give voice to suppressed populations, and rally readers to think and act in new ways. This is what makes great writing potent, but also threatening.

“Rather than treasuring literary icons, too many regimes regard esteemed independent-minded writers as a menace to the brittle state, and seek to prevent words, stories and ideas from chipping away their iron control.”

The report, led by PEN’s director of free expression at risk programs Karin Deutsch Karlekar, looks at what drivers may be behind governmental targeting of writers, intellectuals, and others. “The drive to suppress ethnic identities and nationalism puts individuals writing in or advocating for ethno-linguistic minority languages under heightened threat,” the team writes, “including in the context of crackdowns on Uyghur culture and language in China and Kurdish in Iran and Turkey.”

Karlekar: ‘In This Moment, When Truth Is Vulnerable’ 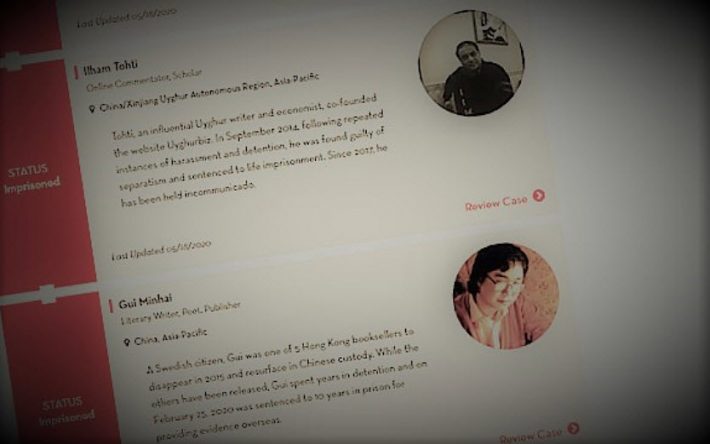 The John Templeton Foundation is funding the creation of the Freedom To Write Index and its Writers at Risk database.

There are notes on the methodology behind the index and the database here.

Publishing Perspectives has facilitated an introduction of the PEN America team and the International Publishers Association’s Freedom To Publish committee chair Kristenn Einarsson produce the annual Prix Voltaire, which honors bravery “in upholding the freedom to publish and enabling others to exercise their freedom of expression.”

As was discussed in our most recent report on the IPA’s calls for a presidential pardon and release of the imprisoned publisher Khaled Lotfy, a Prix Voltaire laureate, there are rising concerns for the coronavirus COVID-19’s impact on prisons, where the pathogen’s spread can be extremely hard to contain. This heightens the danger to all prisoners during the pandemic, of course, as has been reflected in remarks made by Michelle Bachelet, the United Nations’ high commissioner for human rights and former president of Chile.

Karlekar, speaking for the effort she has led to produce the new index, is quoted, saying: 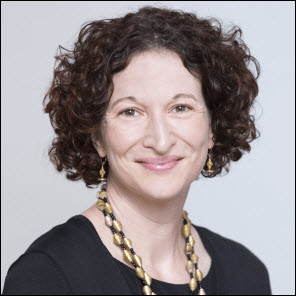 “Speaking out on behalf of individual writers at risk around the world has long been the bedrock of PEN America’s advocacy work.

“When writers are in jail, they know that the PEN global network will not let them be forgotten. We hope that this report with names and personal stories will help raise the profiles of these writers, mobilizing journalists, legislators, human rights advocates, and political leaders to protest their unjust detention.

“The numbers in this index are, of course, far too high, but we also know that advocacy to free those unjustly behind bars does work. In this moment, when truth is vulnerable, and when the world faces a time of reckoning in which a new future waits to be written, it’s imperative that we defend the freedom to write, and work to free those who remain behind bars for daring to exercise that power.”

More from Publishing Perspectives on freedom of expression and publication is here. More from us on PEN’s work is here.  More from us on the coronavirus COVID-19 pandemic and its impact on international book publishing is here and at the CORONAVIRUS tab at the top of each page of our site.