The next publishing trade show to go digital is the United States’ BookExpo, with its public-facing BookCon set to have an outing online, too. 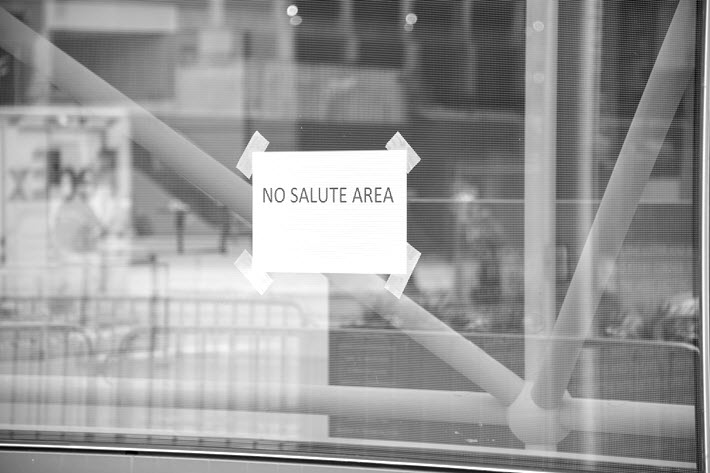 During New York City’s use of the Javits Center as a military field hospital in the COVID-19 crisis, the venue – normally the annual BookExpo and BookCon site – has reminded personnel that they don’t need to salute each other while working as a civilian medical center in the pandemic. Image – iStockphoto: MD Herskovitz

The flight to digital safety continues, with two announcements of publishing events going into online territory.

BookExpo and BookCon 2020 were canceled by ReedPop on April 14, as Publishing Perspectives readers know, after all of the Big Five publishers in the United States had withdrawn, as had Ingram Content Group. Ingram and its associated programs had become in recent years the largest exhibitor at the Jacob Javits Center.

The Javits facility, of course, most recently has served as a field hospital in New York City’s battle with the coronavirus COVID-19. In its 6:32 a.m. ET update (1032 GMT), the Johns Hopkins Coronavirus Resource Center New York state has sustained 25,641 deaths. (The Worldometer figure, which is one of the sources Johns Hopkins uses, typically runs ahead of Johns Hopkins’ consolidated tallies and at this writing sees almost 200 more New York City deaths, its fatality total standing at 26,812.)

The New York City death toll is reported at 14,753, with a caseload of 178,766. As Gov. Andrew Cuomo said in his Sunday (May 10) briefing, the figures for May 9 put New York back at the level it had reached on May 20 in “this hellish journey,” as he described the ordeal his state and its flagship city have undergone. Daily deaths now are running at about 200 per day.

For context on the wisdom of the ReedPop cancellation decision, exhibitor withdrawals aside, we should point out that the next closest United States local death toll to New York City’s is that of the entire neighboring state of New Jersey, with 9,264 deaths.

Another point worth making in the timing of the ReedPop cancellation is that by letting the industry know in mid-April that the chances of a physical trade show in late May were off the table meant that Reed could look at the idea of a digital program instead. The London Book Fair cancellation, which was made only six days before the show’s opening, came much too late to organize a digital program within the same time frame of its original mid-March dates.

By comparison, the Bologna Children’s Book Fair trade show in hard-hit Italy utilized its second set of dates, May 4 to 7, to run a digital offering last week, and we have a separate report on some numbers in that outing’s results.

As seen with Bologna’s four-day effort, the trend seems to be an effort to spread programming across a series of days, which may or may not prove particularly popular with users. Even enthusiasts aren’t physically in place for these events, of course, and shows and companies may find that it’s harder to keep pulling participants back to their screens for events across protracted periods of time.

One of the most ambitious announced so far, you’ll remember, is the Sharjah Virtual Reading Festival, announced by Ahmed Al Ameri’s Sharjah Book Authority for May 27 to June 5, a development that has followed the cancellation of this year’s Sharjah Children’s Reading Festival. The digital programming is to embrace an outreach to adults as well as to young readers.

BookExpo and “BookConline” (one wonders how effective that branding can be, sounding more like a phone line than a digital evocation of a fan show) have announced these dates:

ReedPop’s messaging says that both online iterations of their respective events are free and feature “a full slate” of programming in the final week of the month when the shows would have taken place IRL, in real life.

And the normally public-facing fan event BookCon-now-BookConline—”the event where storytelling and pop culture collide,” which always sounds a bit violent—is a re-up of a format that Lance Fensterman’s BookCon folks have been working with, an online gathering of almost 100 authors in Q&A and panel formats. Authors mentioned to date include Cassandra Clare, Zoraida Cordova, Jenny Han, Judy Blume, Jodi Picoult, Nic Stone, and Mike Curato.

ReedPop plans to use its BookExpo and BookCon Facebook pages as for platforming its digital doings. In an interesting sideline to this, both sets of programming will be publicly available. Normally BookExpo is industry-facing prior to the weekend arrival of the fan-fun BookCon.

More from Publishing Perspectives on BookExpo is here, and more from us on the coronavirus COVID-19 pandemic and its impact on international book publishing is here and at the CORONAVIRUS tab at the top of each page of our site.