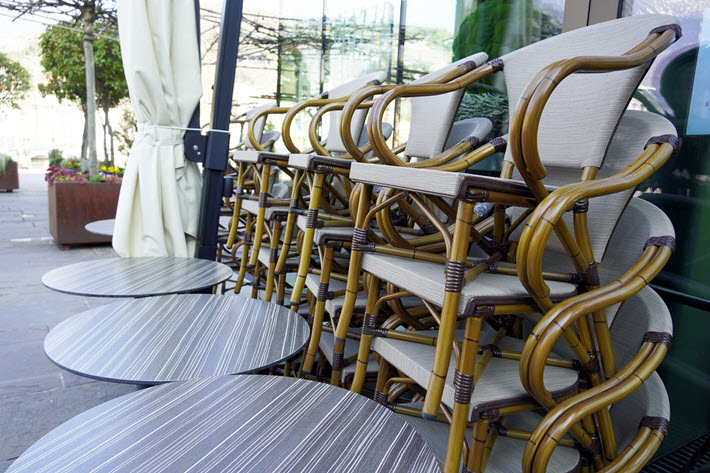 Not only have more than 90 percent of planned book releases been stalled in Italy, but consumers seem to be making a sharp turn in favor of e-commerce and digital recommendations.

At a restaurant in the Italian South Tyrolean town of Merano, which is so dependent on tourism that it has an interactive museum about Alpine travel, the Touriseum. Image – iStockphoto: Alfred Smatlanek Sikula

As Chico Harlan and Stefamo Pitrelli are reporting from Rome for the Washington Post, politicians in the last 24 hours have warned that citizens are becoming reckless, with a resumption of nightlife “from Milan to Naples” creating scenes in which “Italians this weekend gathered at beaches, bars and piazzas, drinking and sometimes flouting social distancing rules while soaking in the nation’s celebratory post-lockdown mood.”

And a message to Publishing Perspectives today, today (May 26) from the Italian publishers association (Associazione Italiana Editori, AIE) says that in the first trimester of 2020, the book business has lost sales of 8 million units, a revenue loss of €134 million (US$147 million).

In commentary from AIE president Ricardo Franco Levi, we read, “By the end of the year, we could be looking at a revenue shortfall of €650 million to €900 million out of a total anticipated annual €3.2 billion.” That’s a shortfall equivalent to US$713 million to $988 million from an expected annual $3.5 billion.

Working with Nielsen and Editorial Information, the association has determined that it can detect a net loss between January 1 and May 3 of €90.3 million. That’s expanded to €134 million lost when it includes stationery stores, direct sales, book fairs, and specialized bookshops (including academic stores).

“New book releases have come to a standstill,” the association reports. From March 16 to May 3, publishers with books distributed by major national groups have suspended 91.1 percent of their planned publications.” 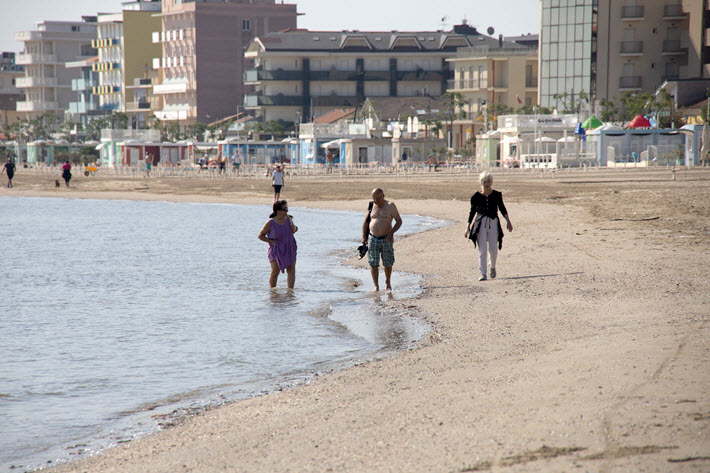 In a shift of consumer patterns, in the first 16 weeks of the year, 47 percent of Italy’s trade book sales, both in fiction and nonfiction, took place online. In the same period of 2019, only 26.7 percent of those sales were made online.

Like France, Italy is a market that buys its books in normal times primarily through physical stores, and some observers wonder if the move to online commerce during the pandemic will permanently change consumer behavior.

The AIE, for example, tells us that prior to the pandemic, 59 percent of Italian readers surveyed said they followed recommendations made on social media, blogs, and other sites online. That percentage now has been surveyed at 64 percent, another indicator of rising consumer acceptance of digital

January through April, large-scale retail held relatively stable at 7.3 percent, while bookstore sales fell from 66 percent to 45 percent of the sales.

Between March 9 and April 12—the weeks of the Giuseppe Conte government’s nationwide lockdown—bookshop sales are calculated to have dived 85 percent. In some cases, the association says, bookshops levied customer loyalty to nourish an online presence for themselves. In those cases, in which home deliveries were made by the stores, the downturn was limited to a less-steep 71 percent.

Everything in the Italian experience of the contagion—the original European epicenter before Spain and the United Kingdom overtook it—is complicated, of course, by the fact that its economy was not sturdy even before the pandemic. As Margherita Stancati has written for the Wall Street Journal (with powerful photographs by Gianni Cipriano), “Although Italy’s lockdown officially ended on May 18, many restrictions remain, and the economic impact will be long lasting.

“The new poor include small-business owners such as shopkeepers, restaurateurs and market vendors, as well a vast number of workers employed in sectors such as tourism and entertainment, which have little prospect of reviving any time soon.” 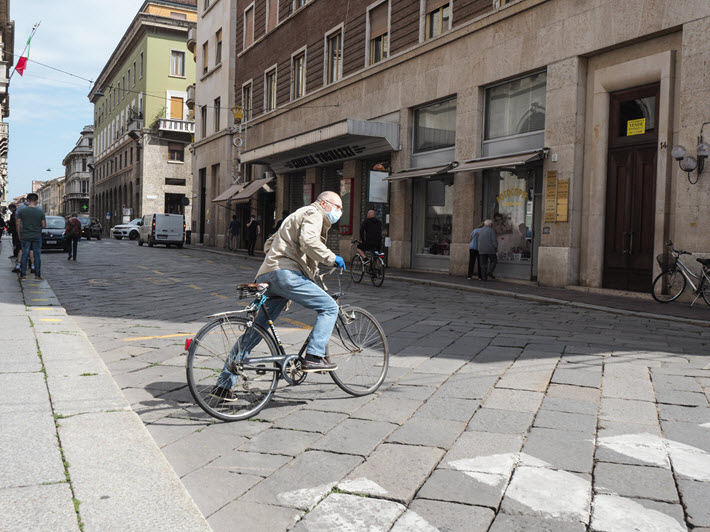 A shot from May 20 in the Lombardy town of Cremona where restrictions are being lifted. Image – iStockphoto: A. Columbo