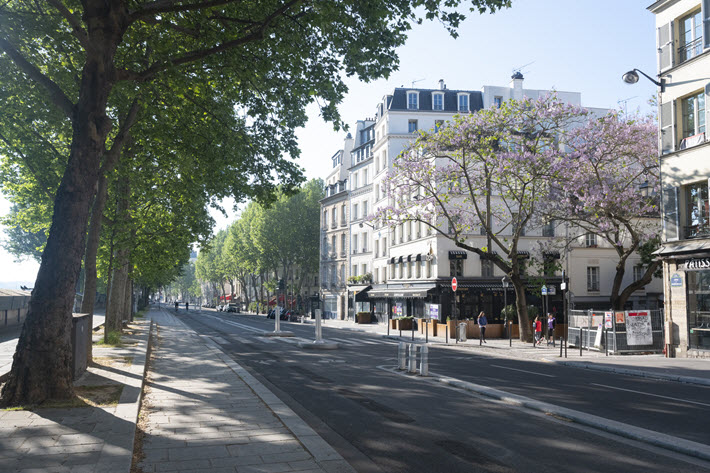 Detailing the damage of the pandemic, the French publishers’ association issues its first report from the crisis with a survey of up some 250 houses. 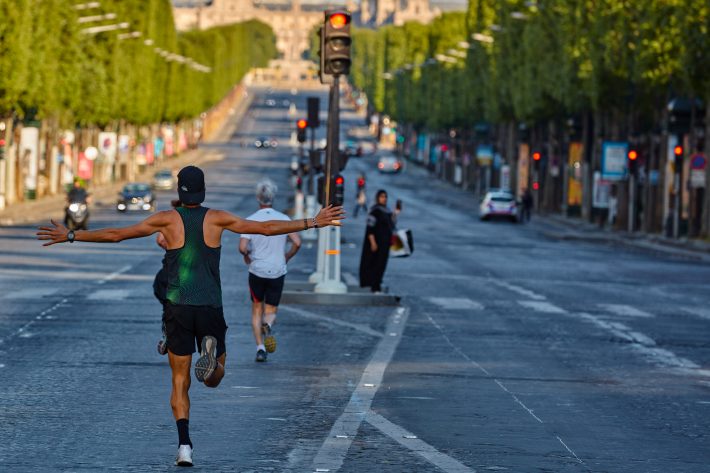 An April 26 shot of Parisians during their one hour of permitted daily exercise during the lockdown. Image – iStockphoto: Ostill

In the kind of survey report we’re hoping from for many more world publishing markets—including those of the United States and United Kingdom—France’s publishers have issued today (May 19) a report on what it calls the “sudden stop” imposed on the business in the coronavirus COVID-19 pandemic.

Answered by 132 companies and publishing groups that represent some 250 publishing houses both big and small across all sectors of the industry, the report is an effort to asses “as precisely as possible the profession’s needs” and “to make concrete proposals to support the recovery.”

Because Publishing Perspectives serves an international audience of publishers, rights directors, literary agents and scouts, our readership understands how important it is for each national market’s publishers association to take stock this way, when the time is right in terms of the contagion’s outbreak and reopenings in a given market. Arguing for the book business’ importance is going to depend on how clearly and compellingly the industry can make its case in terms of damages, losses, setbacks, and status. 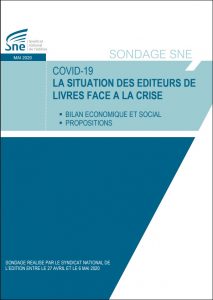 For example, when the Syndicat national de l’édition (SNE), France’s national publishers association, surveyed its membership between April 27 and May 6, some of the top-line results they got were:

Discussion from the association refers to the newly “weakened” and “fragile” industry and identifies three primary reasons for this being the state of the business:

‘The Bonds of Interdependence’ in the Book Industry 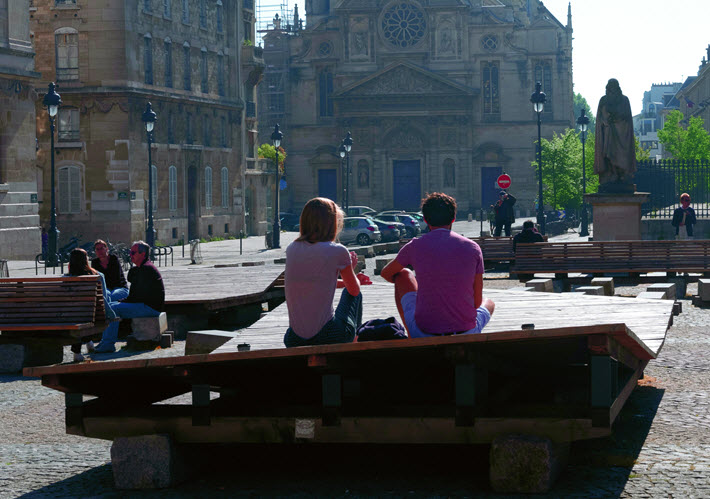 The medical system in France’s eastern sector was so badly overwhelmed by the caseload that German military support was welcomed, transporting patients across the border to some of the German medical centers that had weathered the storm with less crippling numbers.

Even in its early reopening efforts, the nation is struggling. As Thomas Adamson reports for the Associated Press, “Just one week after a third of French schoolchildren went back to school in an easing of the coronavirus lockdown, there has been a worrying flareup of about 70 COVID-19 cases linked to schools,” according to government officials Monday (May 18).

Today, Amazon’s six warehouses in France are reopening after a month of closures triggered by “a dispute with labor unions over the health and safety of workers,” as CNN International’s Hadas Gold reports, but the French population (67 million) buys its books far more heavily from physical bookstores than online, as we know, and as Publishing Perspectives has reported, much is expected to rest on how successfully the bookstores can make an exit from the confinement restrictions.

At this writing, the 9:32 a.m. ET update (1332 GMT) of the Johns Hopkins Coronavirus Resource Center ranks France as seventh in the world by caseload, even after Russia’s sudden leaps upward and Brazil’s new rises on the charts. The French market reports 180,051 cases. And its 28,242 deaths make it the world’s fourth nation in terms of fatalities.

In terms of response and support, the SNE’s report today emphasizes that the nation’s book industry must work in concert, approaching the Macron government with appeals for resources in unity “among all players in the book chain—publishers, authors, booksellers, distributors, printers—underlining the bonds of interdependence that unite them and the necessary solidarity they need in order to safeguard the sector and its diversity.”

The industry is basically arguing for something that will go beyond a €180 million plan (US$196.8 million) plan from the ministry of culture. That approach includes grants, loans, social security tax exemptions, and a special postal rate for books. What the business wants is something that includes promotion, incentives, and buys such as a national advertising campaign, “massive pubic book orders for libraries,” and consumer spending prompts not unlike Italy’s “18app” program that provides money to teens at age 18 to spend on books and other cultural purchases.

The association also makes the point that it is a kind of feeder business to the other creative industries, the starting point for storytelling that then goes on to support film, television, theater and other entertainment industries.

A couple more points of interest from the report:

The association reports that relations between publishers and authors appear to be healthy, despite the strain of the situation. This also goes for distributors, suppliers, employees, and shareholders, all of whom understand the crisis and its stresses. There is some friction reported between the industry and booksellers as well as with its bankers

You can find a download of the full report from the association here.

More from Publishing Perspectives on the French market is here, more from us on bookselling is here, and more on the coronavirus COVID-19 pandemic and its impact on international book publishing is here and at the CORONAVIRUS tab at the top of each page of our site.