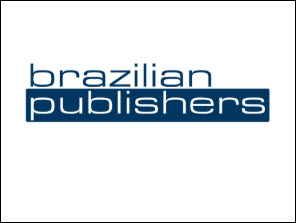 First envisioned as a tool for publishers to use at trade shows, Brazilian Publishers’ new app—which releases Monday—has been adapted to support rights trading and networking during the health crisis. 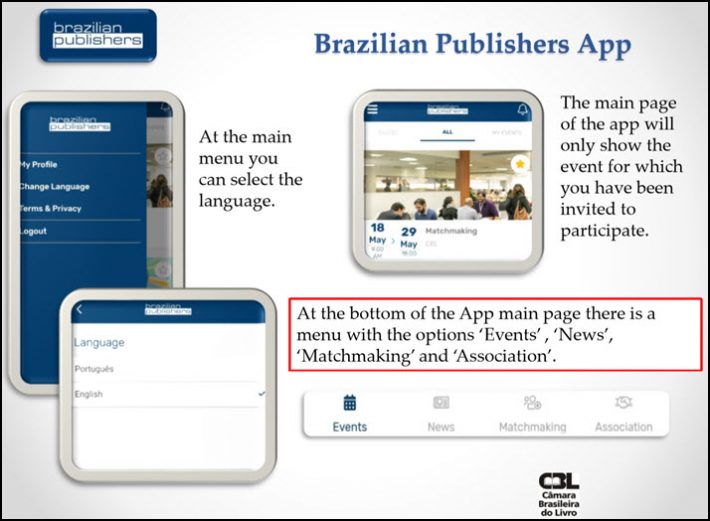 ‘Inviting International Companies To Be in Touch’

As Publishing Perspectives readers will remember, we wrote in April about the São Paulo-based  Brazilian Publishers organization—which supports the export of Brazilian books and content—announcing a coordinated outreach effort between the Brazilian Book Chamber, (Câmara Brasileira do Livro, CBL) and the Brazilian Trade and Investment Promotion Agency, called ApexBrasil.

On Monday (May 25), the program will launch its new app, which has been adapted—in mid-pandemic, no less—to offer matchmaking and meeting arrangements for international rights trade discussions. The tool is available for Android and iOS and the download is free.

It’s another example of how publishers and other players in the value chain are working to establish a broader digital foundation on which more of the industry’s needs can be operated. If anything, the necessity imposed by the world health crisis has become the mother of innovation, some of which has the potential to assist world publishing, its supply chain, its rights trading business, and its readers.

At this point, 25 Brazilian publishing houses already have registered, interested in matchmaking meetings to help them network in rights trading and deals.

The promise of the coming app arrives at a good time, as the coronavirus news from Brazil is not good. Quickly becoming the world’s third nation for caseloads (after the United States and Russia), Brazil’s numbers are surging dramatically, CNN International’s Nick Payton Walsh reports from São Paulo that whole fields of graves are being dug, with burials occurring almost one every 10 minutes.

At this writing, the 5:32 a.m. ET update today (May 22, 0932 GMT) of the Johns Hopkins Coronavirus Resource Center reports 310,087 cases of the COVID-19 infection and 20,047 deaths. ICU units are said to be overwhelmed as 19,951 new cases have been reported in a single 24-hour time period, the Jair Bolsonaro government having long downplayed “the little flu.”

‘To Quickly Adapt the Scope of Our Work’

In our exchange with the Brazilian Publishers’ manager Fernanda Dantas, she concedes that the timing of both the organization’s increase in activities and the coming release of the app are good, considering her market’s worsening conditions in the pandemic. And the prompt for all this has to do, of course, with the sudden disappearance of the usual trade-show settings for rights trading and networking. 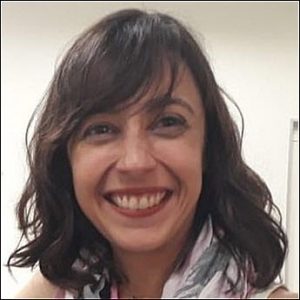 “Besides a strong presence in the most important book events worldwide,” Dantas says, “we also provide support to Brazilian companies regarding basic qualification for international sales, preparation for participating in events, and targeted-business advisory services. We work hard on the relationships with entities from all parts of the world by exchanging information, sharing experiences, and offering support by means of several initiatives.

“Participation in international fairs is crucial for our project and until recently such events were the main meeting points for our publishing houses and the international publishers—an environment that was rich and appropriate to close deals.

“Now, because of social distancing and the cancellation of in-person events, we’ve made all efforts to quickly adapt our scope of our work and started promoting virtual business meetings, ensuring the presence of Brazilian publishers in online events organized by fairs that couldn’t happen in physical places. Also, we invested a lot in communication campaigns in order to increase the visibility of our editorial content. We brought forward some actions that were already in our plans, and we still have some additions we’ll announce soon.” 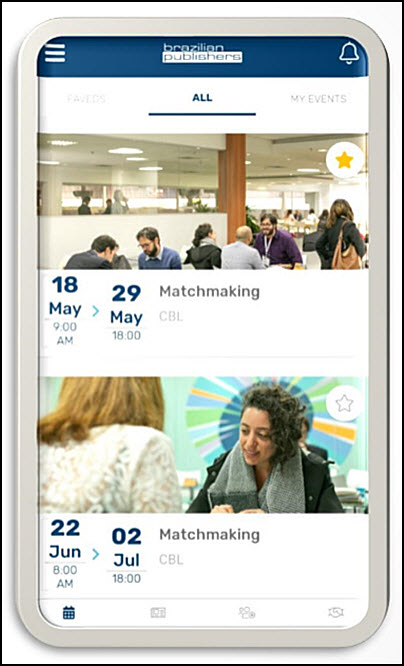 The new app is central now to the program, and Dantas says, it was first developed “as a tool for organization at international events—agendas, supporting materials, etc.

“But because of the COVID-19 pandemic, we’ve made some changes and adapted the application so we can use it as a tool for online business meetings.

“We created an area of events in which we can arrange matchmaking sessions and invite international companies interested in buying Brazilian books and book rights to participate. After downloading the app, the invited publishers have to register for the event in order to access the meeting scheduler. There, you can see all the Brazilian companies participating in the event, explore their profiles, and invite them to meet with you.

“The meetings then happen outside the app, on the preferred platform of each publisher. For our Brazilian publishing houses, of course, it’s valuable for researching and inviting international companies to be in touch, all scheduled in the app.”

International publishers interested in participating in the Brazilian Publishers app and its meeting-making support should  complete and submit the form found here.

“The Brazilian Publishers team,” Dantas says, “will then analyze the registration forms and select participants,” inviting them to various events.

While the program goes live on Monday, she says, the organization expects to create monthly events for publishers and other rights players to consider.

With the activation of the app, she says, a tutorial will be released to quickly get interested parties registered and oriented to the new service’s features.

In new reporting from the Ceralc project, which is intended to encourage sustainable business growth in Latin American and Caribbean markets—in partnership with the European Union—Dantas says that there are estimates of earnings dropping by more than 50 percent for publishers and bookstores in the health emergency.

The region’s printers alone are considered to be taking a 40-percent hit so far, with distributors down 30-percent.

The study indicates that bookshops, distributors, and printing companies are the supply chain’s likeliest venues for layoffs and pay cuts, as publishers cut back on planned releases and new buys.

“The Brazilian government has enacted some measures aimed at avoiding layoffs,” she says, “which authorize employers to reduce employees’ hours as well as their pay proportionally,” with the government making up the missing part of an employee’s usual salary.

“That’s been helping people to save their jobs,” Dantas says.

“And every year, the chamber carries out a survey of the Brazilian publishing market called Production and Sales of the Brazilian Editorial Sector. This year’s survey is in progress now, so we’ll have a more detailed overview of the impacts of the pandemic on our market soon.

“Here all bookshops are closed, like the rest of the shops, and they’re expected to remain closed at least until May 31. Only supermarkets and food stores are allowed to open at the moment, but there are specific rules to make people keep a safe distance from one another in such places.

“Here in São Paulo, there’s a lot of support for small bookshops, and the market has been mobilizing and helping to promote those offering delivery services. Many of them didn’t have e-commerce, but several initiatives have been developed so far, and the sales via WhatsApp have been increasing a lot.” 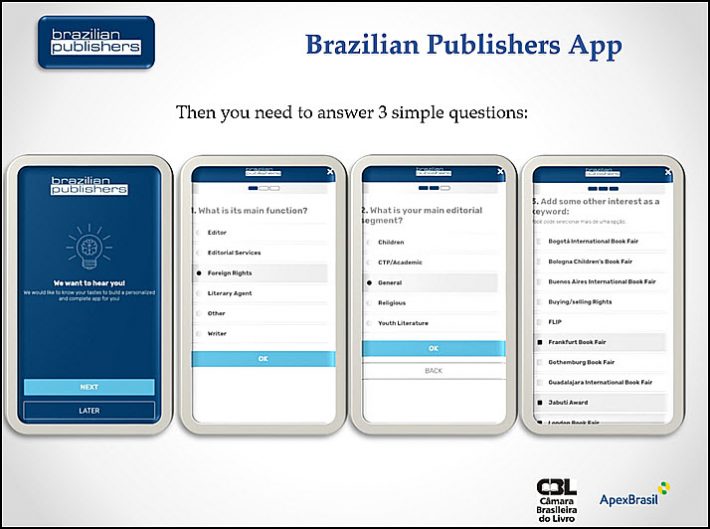 More from Publishing Perspectives on the Brazilian market is here, And more from us on the coronavirus COVID-19 pandemic and its impact on international book publishing is here and at the CORONAVIRUS tab at the top of each page of our site.