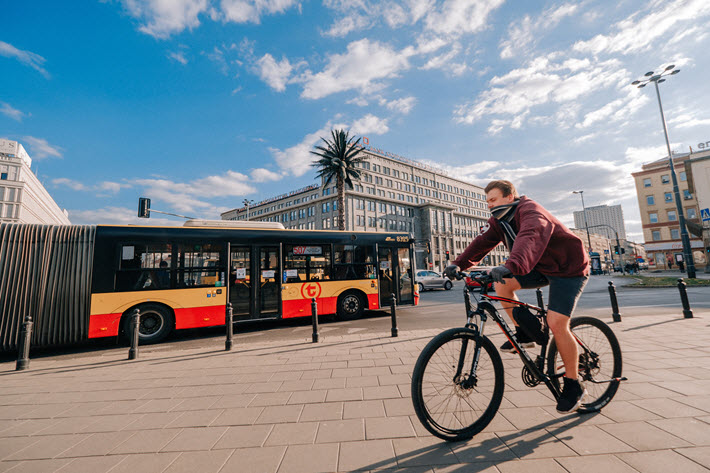 Trends reported by Polish publishers show downturns in sales of as much as 70 percent during the spring, and the cancellation of the Warsaw Book Fair has seen the market stage a digital effort, BookTarg.

Editor’s note: At this writing, in its 4:32 a.m. ET update (0832 GMT), the Johns Hopkins Coronavirus Resource Center reports that Poland has 22,074 confirmed cases of the coronavirus COVID-19 infection and 1,025 deaths in a population of 38 million. Reports from the Polish Press Agency PAP in the past 24 hours indicate that the country’s prime minister, Mateusz Morawiecki, has pointed with pride today (May 27) to his country’s handling of the contagion, with roughly 27 deaths per 1 million inhabitants.–Porter Anderson

Last year’s edition of the Warsaw Book Fair drew the event’s second-highest attendance in history, with some 80,500 visitors recorded. The 2019 fair featured a record 1,038 authors and had seen librarian and bookseller attendance top 2,000.

When this year’s coronavirus COVID-19 pandemic forced the fair’s organizers to cancel the planned late-May event, a number of book industry players and retailers teamed up to produce Poland’s first online book fair, BookTarg, or “Book Market.” The event was online Thursday through Sunday (May 24).

BookTarg fielded some 40 authors from Poland and abroad, and offered consumers a chance to engage with them in the digital space. BookTarg’s organizers include Poland’s leading online retailer Allegro, the ebook subscription service Legimi, and a book-reading social network called Lubimyczytac. Sponsorship came from the book fair itself as well as from the Polish Chamber of Books, which help make it possible to attract publishing industry professionals.

And in a development that could have substantial effects on Poland’s book fair scene, Murator Expo—the Warsaw Book Fair producer with a 40-percent stake in the fair—has filed for bankruptcy protection after laying off most of its staffers. They include Jacek Oryl, Murator Expo’s CEO with whom Publishing Perspectives spoke July. Polish publishers—who hold the remaining 60 percent of the shares—say they’re discussing a new formula for the event’s 2021 edition.

In terms of the new BookTarg event, Legimi’s co-founding CEO Mikołaj Małaczyński says, “We launched this initiative to fill in the void left by the cancellation of the book fair.

“There’s an ongoing debate within the publishing industry,” Małaczyński says, “about how to replace the canceled fair” in terms of a business model. On our part, this was a pro-bono, non-commercial initiative. No entry fees or fees for online booths or stands. In addition to hosting meetings with authors and book-promotion events, there was also a professional segment of the conference as part of the fair with webinars, also free to attend.”

Major Drops in Sales Reported by 41 Percent of Publishers 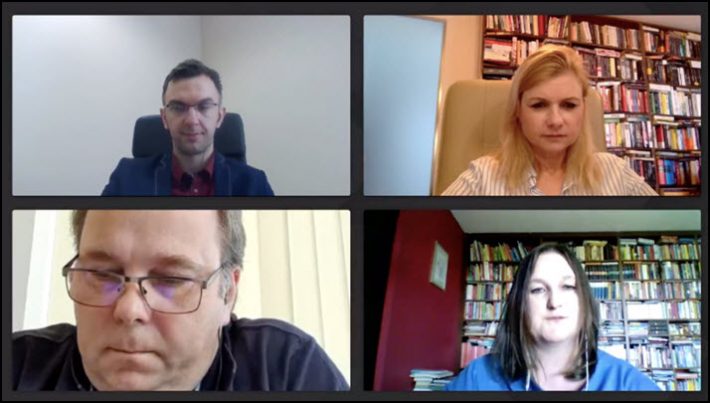 One of the key discussions was hosted by Ewa Tenderenda-Ożóg, owner of the publishing industry research firm Biblioteka Analiz. The session’s specialists commented on the chamber’s input from a survey made between April 29 and May 6, drawing responses from 118 publishing players and bookstore owners.

Talking points from the research:

Approximately 25 percent of the respondents said they were able to move all their employees to remote work, but 43 percent said they couldn’t enable any of their workforce to operate off-premises.

‘We Simply Need Regulations in Place’

Policy issues loomed large for the panel, as the industry has begun to look for its footing in a changed economy.

“This is just the beginning,” he said, “and it’s not possible to make up for these losses before the end of the year. The fact that people are now going out again” amid initial reopening stages “doesn’t mean they’ll go out to buy a book.”

Olesiejuk said the shift to online retail for his titles has been impressive. “Online sales have captured 50 percent of [Poland’s] book sales.”

Łukasz Okuniewski, chief executive of local bookstore chain Książnica Polska, said, “From our point of view, sales have picked up a bit, in particular at bookstores located on streets, and not in shopping malls. I’m also touched by the sacrifices of our employees who have given their best during this experience.”

Sonia Draga, owner of the house that carries her name—Sonia Draga publishes the Polish translations of Dan Brown’s novels and other high-profile international bestsellers—said that independent bookstores could be among the first victims of the ongoing crisis, referring to a longstanding proposal to introduce fixed book prices in the Polish market.

Draga said the measure would allow the industry to stabilize its prices and help both small publishers and bookstores in a market in which books are unique among other retail for being sold at a typical discount of 30 percent.

“We simply need to have such regulations in place,” Draga said.

More from Publishing Perspectives on the Polish market is here. And more from us on the coronavirus COVID-19 pandemic and its impact on international book publishing is here and at the CORONAVIRUS tab at the top of each page of our site.