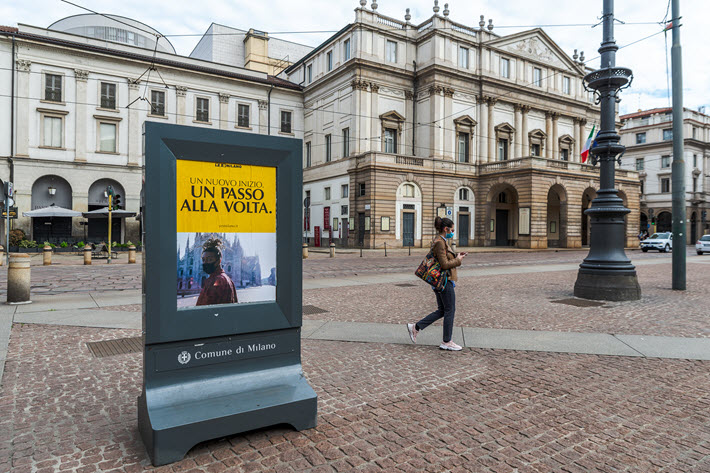 Offering a ‘360-degree view of the potential,’ Italy’s literary agents are organizing ADALI during the ‘critical situation’ imposed by COVID-19.

May 4 in Milan. The sign in front of La Scala reads “One Step at a Time.” Image – iStockphoto: RCD

‘For a New Start After the Pandemic’

Amid “the ongoing debate on the future of books” in the coronavirus COVID-19 pandemic, 37 literary agents and agencies in Italy have formed ADALI, the Association of Italian Literary Agents.

The association includes representatives both of authors and of publishing houses. Members must have been operating for at least two years and have taxable residency in Italy or have Italian authors as at least 50 percent of their clients lists.

A provisional executive council has been created with Marla Gabriella Ambrosioni of her eponymous literary agency standing as president and treasurer. Roberta Oliva of Natoli Stefan & Oliva is secretary. Officers serve without payment other than reimbursement of their expenses.

The timing of this development is insightful and its full context is important, as is made clear in the organization’s initial communication: “The pandemic is going to affect our lives until a vaccine is available all over the world,” says the statement. “It’s a dramatically exceptional situation that calls for exceptional innovation in the book world, too.

“We cannot be stuck in methods and sales policies which were set for a world that does not exist anymore, and that for the past 10 or 15 years had increasingly shown faults.”

“We keep thinking that the world of books has a great responsibility toward society, and we feel that weight from our standpoint.”ADALI statement

Anyone who follows the publishing industry’s interrelationships of authors, publishers, and agents will find this a potentially fascinating development, especially as it’s being prompted by and during the  impact of the virus on this profoundly culturally sensitive society.

At this writing on May 10, the Johns Hopkins Coronavirus Resource Center‘s update at 5:21 p.m. ET (2121 GMT, 2321 Rome) shows Italy with its population of 60 million as the fourth nation in the world for caseload, after the United States, Spain, and the United Kingdom. But with its fatality toll of 30,560, Italy stands third among world markets for deaths. Only the UK (31,930) and the States (79,495) top its casualty count.

And with so much news attention now focused on the Boris Johnson government’s effort to establish a five-stage alert system for the contagion’s advance (BBC’s writeup) and on the United States’ descent into what many public health emergency experts warn is a premature reopening of various economic features (the Associated Press’ writeup), something of Italy’s agony has been overshadowed in the last couple of weeks. The Giuseppe Conte government anticipates more wider openings (museums, libraries) on May 18, after making a tentative start that has allowed Naples, for example, to re-fire the ovens of its pizzerias for takeout.

But questions about what kind of recovery the country actually can make—and implications for Europe—are quickly becoming critical questions, as Chico Harlan and Stefano Pitrelli wrote on Saturday (May 9) at the Washington Post. “Even before it was hit by one of the world’s deadliest outbreaks,” they write, “Italy was seen as the wild card of Western Europe—flirting on-and-off with populism, sometimes seeming to be only one mismanaged crisis away from becoming the continent’s next Brexit or Greek-style debt disaster.

“Now that crisis has arrived, and what hangs in the balance is not just Italy’s stability but that of Europe, as well.”

‘To Support Books and Reading’ 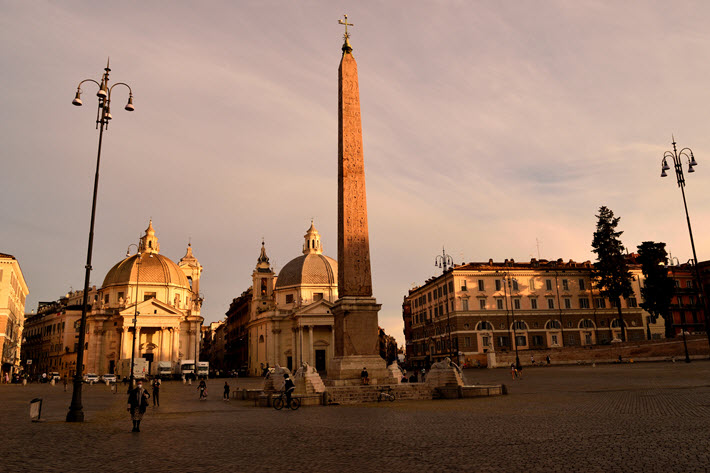 As Publishing Perspectives readers know, the Italian publishers association (Associazione Italiana Editori, AIE) and sister creative industries’ associations have made repeated, panicked appeals to their federal government for support. Italy’s publishers say that books published in 2020 will number 18,600 fewer than originally planned, meaning that 39.3 million copies won’t be printed and 2,500 titles not translated.

“Together with the other stakeholders in our industry, we must find renewed strategies to intercept new potential readers, to build awareness in our population and create more curious citizens.”ADALI statement

In answer, the new agents’ association says, “The publishing industry is currently in a critical situation and ADALI, thanks to the 360-degree view of the industry that literary agents have—being the link among authors, publishers, film and tv producers, distributors and book shop owners—will be able to make a relevant contribution to the strategies for a new start after the pandemic.”

While mission statements aren’t uncommon in the creation of new trade associations, especially in the creative industries, this one is indelibly colored by the situation in which the new association has come together. From ADALI’s media messaging, we’ll quote here extensively for you. This is a point of view worth hearing, set in a unique moment in history and in a market wracked like none other by the pathogen.

“The position of literary agent is pivotal in the publishing industry, because agents work on a book from the very start of the project, and they assist authors throughout their creative processes. As agents are constantly in touch with many different publishers, they possess a 360-degree view of the potential as well as the shortcomings of the publishing industry. The best interests of the literary agent, so closely similar to the best interest of authors, are pushing us to innovate mechanisms which have proven ineffective, and which need to be reassessed.

“ADALI, as a professional category association, aims to debate together with the other professional organizations in order to conceive innovative proposals with a vast horizon, to support books and reading.

“We keep thinking that the world of books has a great responsibility toward society, and we feel that weight from our standpoint.

“Together with the other stakeholders in our industry, we must find renewed strategies to intercept new potential readers, to build awareness in our population and create more curious citizens.”

In fact, there are echoes of the world emergency “pushing us to innovate” in something Jonny Geller in London has said to The Guardian’s Rachel Cooke in an article today.

Geller, who leads the powerhouse Curtis Brown agency in the UK, with John le Carré, Howard Jacobson, and Elif Shafak as only the tip of his client-list iceberg, tells Cooke, “This is the moment I’ve been saying this to them [publishers] for 20 years: why do you not go into direct selling? You have the data, the book clubs, the sites. Previously, they just preferred to pump money into ailing chains, but I think they’re now being forced to consider it—and if this situation goes on much longer, they will have to.”

In short, a Mother’s Day message. Necessity is still the mother of invention.

Geller knows a great deal about television and about taking his clients’ writings to screen, having pioneered the development of a production wing for Curtis Brown. “Television,” hie says to Cooke, “which is much more expensive to make, has worked out how to deliver content to people. Publishing is just clinging to the same model it had in 1920.

“When Tony Parsons’ new novel came out [Parsons is another of Geller’s clients], you couldn’t get hold of his book–but on the same day, I ordered a badminton kit from Amazon that arrived the following morning.”

And in Geller’s comments, then, you start to see something, perhaps, in what the Italian agents may be finding the voice to say as a group, as a new collective within the publishing industry until now not organized as the publishers have been.

“ADALI,” say Ambrosioni and her colleagues, “aims to encourage virtuous processes of professional growth in an industry that is highly competitive but not regulated by standard educational careers specifically geared to the profession of literary agent.”

In short, this is a new association saying that they realize their own membership may need some work in order to meet the standards they’re all agreeing are necessary to the task. But they’re saying they’re willing to make the effort, to do the work. And they’re asking for a seat at the table of Italian publishing at a moment when the industry may need them more than ever. 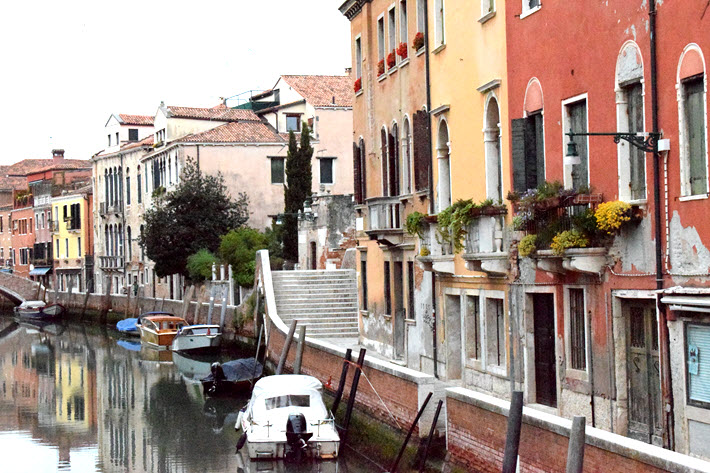 More from Publishing Perspectives on the Italian market is here. More from us on literary agents is here, and more from us on the coronavirus COVID-19 pandemic and its impact on international book publishing is here and at the CORONAVIRUS tab at the top of each page of our site.