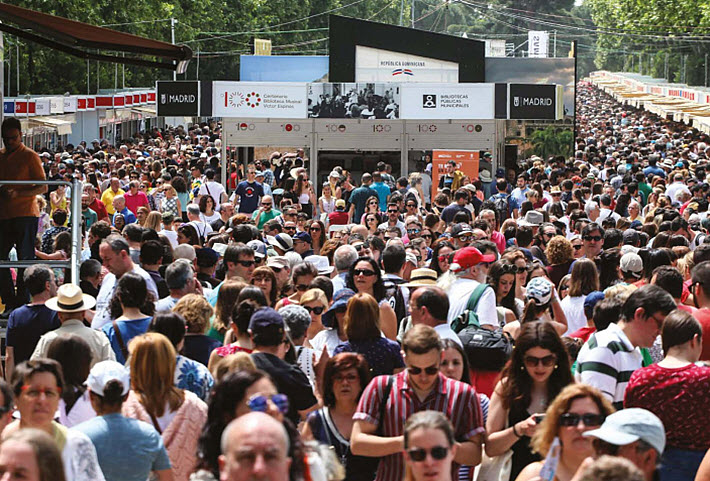 Cancellations, postponements, and other adjustments to some of Europe’s biggest book fair events—so far known in the pandemic—could affect more than 6,500 exhibitors in 2020.

In the past, the team at the Aldus European Book Fairs Network has provided world publishing with good assistance in understanding the relative activity, size, and scope of leading book fair events in Europe.

And this year’s report “Facts and Figures” report is as useful as ever, providing comparative data on everything from the physical scale of each fair—from Napoli Citta Libro’s 3,800 square meters to Frankfurter Buchmesse’s 160,000 square meters–to exhibitor participation, the presence of professional programming and guest-of-honor events, and levels of international participation.

At Publishing Perspectives’ request, however, the staff has also provided a snapshot for us of announced changes in programming for the 19 member-fairs of the network.

As discussed on Wednesday, more and more book fairs, literary festivals, and trade shows are working to develop effective digital alternatives to the physical-fair norm. It’s no easy task, of course, in that what’s really needed is fit-to-purpose online evocations of the various events, rather than a simple “Zoom it!” approach. How much the world’s presenting bodies can learn during the pathogen’s constraints will be useful in many ways beyond the industry-damaging term of the pandemic.

So we’re glad to be able to give you today (May 14) this look at the impact on the scheduling factors of book fairs that are member-entities of the Aldus network. (Rather than making you wrack your memory for this, the name of the association is a reference to Aldo Manuzio, a humanist and a publisher of the 15th century.)

In considering the following news, remember that myriad smaller regional and localized fairs and events are being affected, as well. The Aldus cohort functions as a collection of flagship events in the European theater of book fairs. 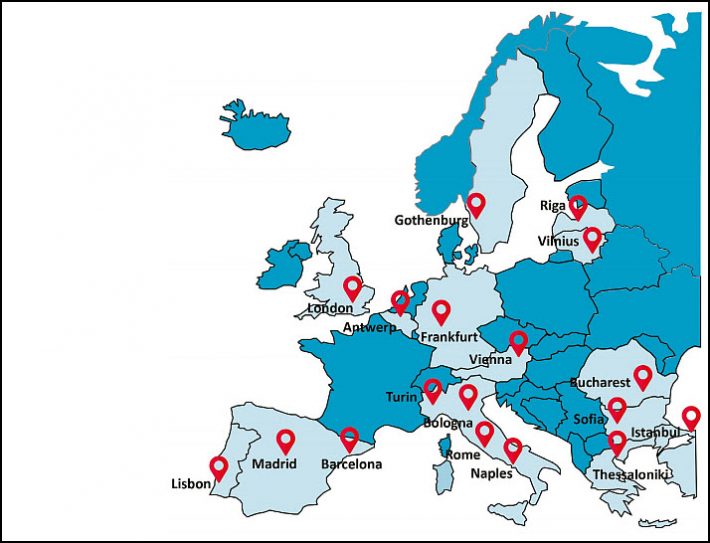 A map of the Aldus network book fairs in Europe. Image: Aldus

In compiling attendance at last year’s events listed below, the changes we list here could affect as many as 2,811,946 potential visitors.

Were exhibitor counts to remain at the levels of these fairs’ 2019 performance, this year’s changes can be expected to impact 6,580 exhibiting entities.

Several fairs of the Aldus network are set for late in the year, and we anticipate hearing more about those events going forward. 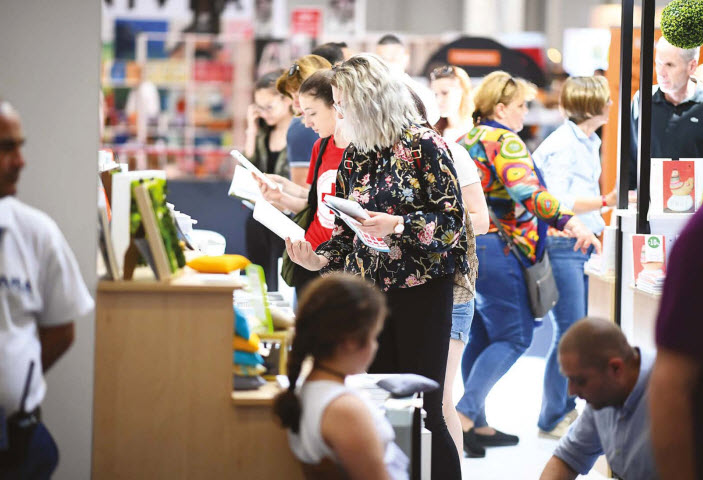 More from Publishing Perspectives on the Aldus program is here, and on book fairs overall is here. More from us on the coronavirus COVID-19 pandemic and its impact on international book publishing is here and at the CORONAVIRUS tab at the top of each page of our site.