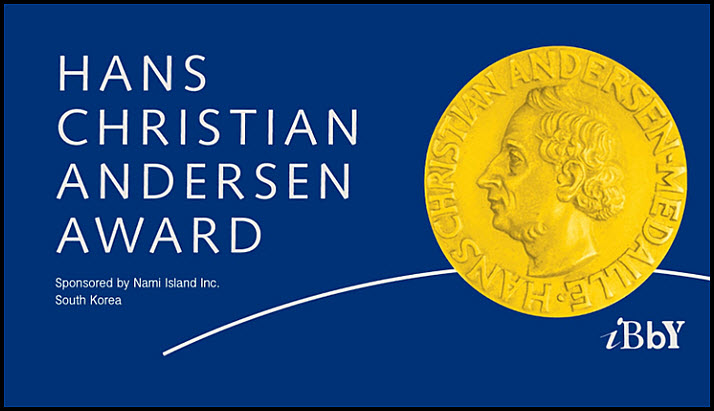 As programming in the digital edition of the Bologna Book Fair closes today, we look at the announcement of the 2020 Hans Christian Andersen Award winners. 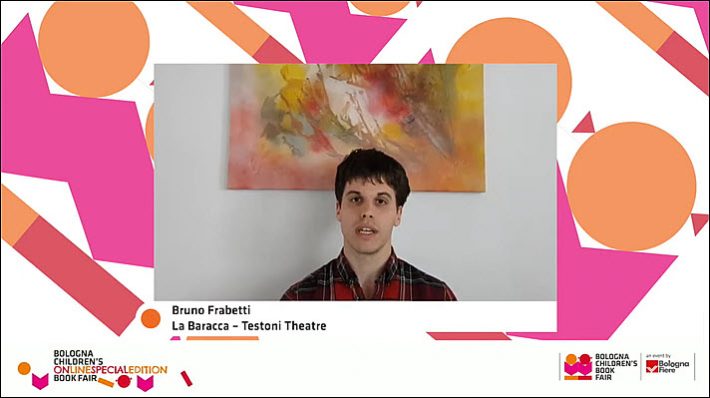 Ttoday (May 7), the final day of the Bologna Children’s Book Fair‘s online edition has featured a presentation (in Italian) of IBBY Italia’s 2020 Hans Christian Andersen Award. Participants in that hour have included IBBY Italia board members Silvia Serra and Grazia Gotti, joined by this year’s award-winning illustrator Albertine and her publisher Francine Bouchet, the publisher of La Joie de Lire.

Later in the day, at 6 p.m. CEST, 1600 GMT, there’s another IBBY Italia event in which Roberto Piumini and Fabio Stassi will go over projects that are underway for the Italian section of the international children’s literature organization. That one is at this link (Google Meeting).

In another instance, the Bologna program is to have an announcement of the “In Other Words” 2020 translation contest at this link. That one is set for 12 p.m. CEST, 0800 GMT, and the In Altre Parole competition, now in its 10th year, is focused on Arabic, to honor Sharjah, Bologna’s guest of honor market.

And perhaps one of the most popular events is a 4 p.m. CEST (1400 GMT) tour of the show’s Illustrators Exhibition on Facebook with Anna Castagnoli.

For the rest of the day’s digital events, this link will get you to the program list, and you’ll need to use the dropdown to select Thursday.

During Bologna’s four days of programming, awards have figured prominently in the events, as they do annually. We featured the Children’s Publisher of the Year prizes on Tuesday here, and today will look at the Hans Christian Andersen honors.

And, as Publishing Perspectives readers will have noted, the UK-based Hay Festival now has followed Bologna’s lead and introduced a two-week brace of programming for its own online evocation later this month. Here’s our story on that, and on its implications in the developing use of digital alternatives for major publishing events.

And while one huge benefit of Bologna’s creation of its digital edition, of course, is that it lifts the trade show, in a sense, right out of the struggles of northern Italy in the pandemic’s crush, it’s good to remember that the show’s organizers still are in Italy and still are contending with a tremendously difficult situation.

At this writing,the Johns Hopkins Coronavirus Resource Center is reporting a caseload of 214,457 cases for Italy, with 29,684 deaths. That caseload holds the country of some 60 million in place as third in the world for cases. (The United Kingdom recently surpassed the Italian death toll with 30,150 fatalities of its own today.) Those figures are from the 8:32 a.m ET update (1232 GMT and 1432 Bologna time CEST).

And as Elisabetta Povoledo reports from Rome for The New York Times, one of the biggest struggles facing the Italian workforce as the Conte government tries to ease some lockdown requirements is the dilemma for working parents who need to return to work, “But schools, nurseries, day cares and summer camps have remained closed.”

Once the online Bologna fair closes this week, we’ll be looking to assess the response and lessons learned in a very strong, ambitious, and helpful effort, the first by a world-scale publishing event to translate itself into a virtual format. What’s clear at this point is that Elena Pasoli and her Bologna team are owed a big round of applause for a helpful, spirited, and instructive effort. 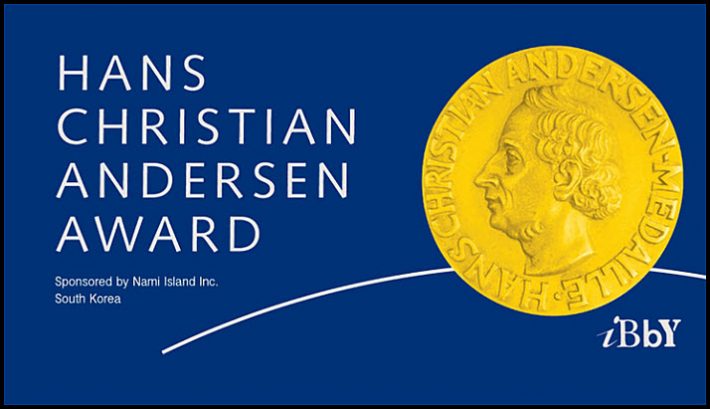 Established in 1956 for authors—and expanded to include illustrators 10 years later, in 1966—the Hans Christian Andersen Award is biennial and presented by IBBY to “an author and to an illustrator, living at the time of the nomination, who by the outstanding value of their work are judged to have made a lasting contribution to literature for children and young people. The complete works of the author and the illustrator will be taken into consideration in the selection process.”

Candidates for the award are proposed by national sections of IBBY and a jury president is elected every other year at the organization’s international congress. 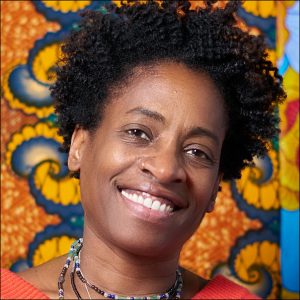 Many in the American industry have for years followed the career of Jacqueline Woodson, whose books—in the language of the award program’s dossier—“feature lyrical language, powerful characters, and an abiding sense of hope. The dialogues are pitch-perfect, the stories are raw and fresh, and the endings satiate the reader.”

Originally from Columbus, Ohio, and raised in Greenville, South Carolina, and in Brooklyn, New York—a pathway that helped her develop her understanding of how differently African-Americans are treated in the US North and South—Woodson published her first book in 1990 and has gone on to become one of the English-language markets’ most awarded writers in literature for young people.

Her 2014 autobiographical Brown Girl Dreaming won the National Book Award in the United States and the Coretta Scott King Award as well as a Newbery Honor. 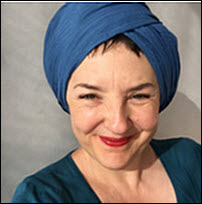 Albertine, who goes by the single name, “creates books,” in the commentary of the award program, “with multiple levels of interpretation as an illustrator, but also as an author.” Her dossier says she’s “known for work that expresses spontaneity combined with attention to detail, infinite precision as well as a sense of humor.”

Originally from Dardagny near Geneva, Albertine worked as press illustrator, starting in 1991. With her husband Germano Zullo, she has become a frequent award-winner for work including the BIB Golden Apple in 1999 for Marta et la bicyclette (Marta and the bicycle); Prix Suisse Jeunesse et Médias in 2009; Prix Sorcières in 2011; and the New York Times Book Review Best Illustrated Book in 2012.

She was a finalist for the 2018 Hans Christian Andersen Award and her book, Les Oiseaux, was included in the list of books highlighted by the Andersen Jury as an outstanding work. 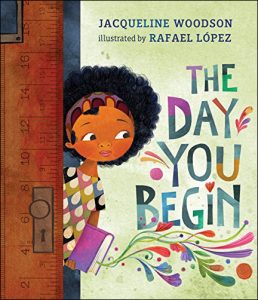 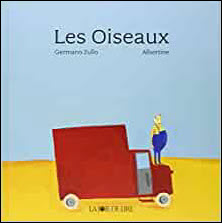 Notes on This Year’s Competition

In 2020—in what would become a parallel to the online Bologna effort itself—the process of judging the award was managed completely digitally.

This was a move made prior to the onslaught of the coronavirus COVID-19 pandemic and was an effort tried for the first time because of the expense and logistical difficulties of sending books around to jurors in many parts of the world. The jury, in its meeting, did interact with physical copies of the content.

Criteria for the jury include:

Each winning illustrator creates the cover of the Grand Prix of Biennial of Illustrations Bratislava, and the Andersen competition itself, has the sponsorship of South Korea’s Nami Island Inc., which is an amusement parks and arcade company based in Seoul. 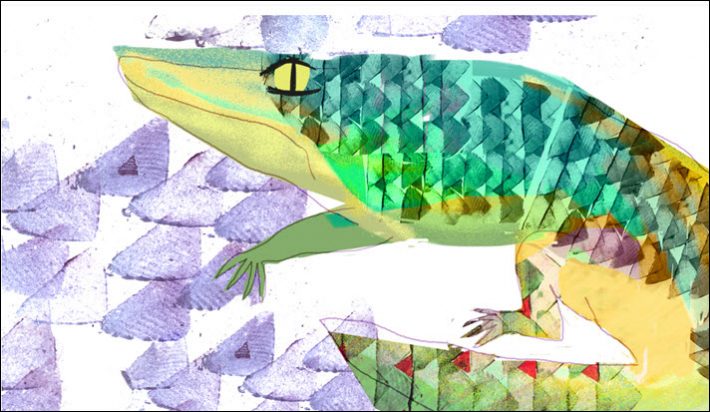 More from Publishing Perspectives on Bologna Children’s Book Fair is here, and more from us on children’s books is here. More of our coverage of the COVID-19 pandemic and its impact on international book publishing is here and at the CORONAVIRUS tab at the top of each page of our site.