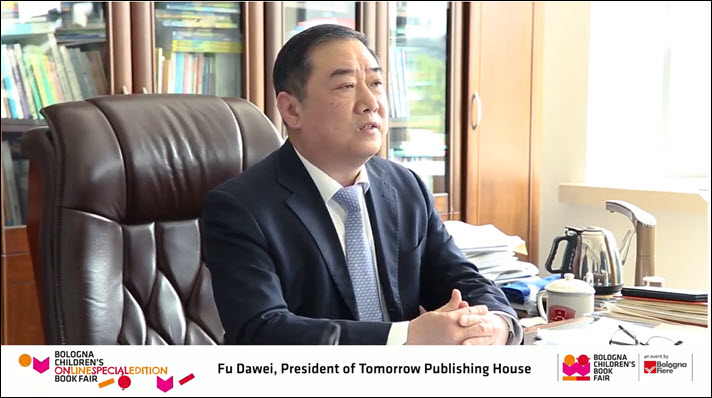 The 2020 digital evocation of the Bologna Children’s Book Fair is running daily through Thursday, and includes the announcement of the 2020 Children’s Publishers of the Year. 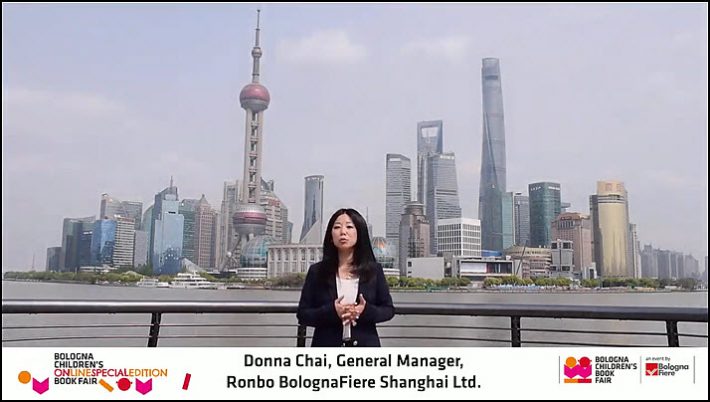 The Bologna Children’s Book Fair’s online programming runs through Thursday (May 7) and its centerpiece today (May 5) is a panel presentation, “Welcome to the Chinese Market: Common Challenges, Shared Opportunities.” The session’s first appearance can be found here and the topic is timely, as the world industry begins to assess the impact the outbreak has had on the Chinese market in first quarter of the year.

Speaking in today’s session are Bologna director Elena Pasoli and BolognaFiere China’s general manager, Donna Chai, along with Ren Dianshun, who is with China South Publishing and Media Group, as well as Tomorrow Publishing House’s Fu Dawei, and Giunti Bortolussi of Italy’s Giunti Editore. (See our Coronavirus Worklife article from last week on Giunti during the pandemic here.) At this writing during the event, Chai is serving as moderator.

As Ren of China South points out, children’s books in China have traditionally represented some 33 percent of the overall market, and, like the rest of the vast market, have suffered in the difficult months of lockdowns because of the contagion.

The event is a 45-minute series of linked addresses made by the speakers rather than a live interactive event—in effect, a webinar with no Q&A. The viewership we’ve tracked during the session has seen a high of 81 people and a low of 75, although BolognaFiere overall has a subscriber base of more than 400,000. The program ends with a promotional video about BolognaFiere’s Shanghai International Children’s Book Fair (November 13 to 15). 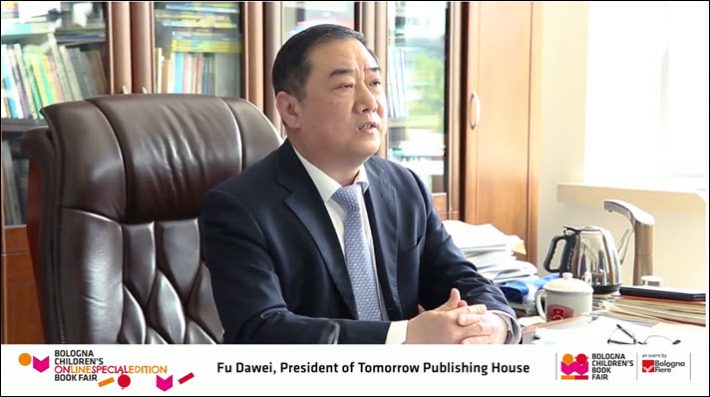 And as Publishing Perspectives readers know from our preview article on April 23, Bologna’s organizers—having initially moved the 57th iteration of the trade show from March 30 to April 2 over to May 4 to 7—have expanded this week’s evocation of the event to a roster of digital elements that reflect many parts of the sprawling fair’s usual hustle and bustle.

The hashtag for the event is #BCBF20.

And here is today’s session on the Chinese market in children’s books.

If you’re missing parts of the live-stream programming, videos are to be made available on Bologna’s social media channels for review.

Children’s Publishers of the Year 2020

One element of an in-person book fair that’s perhaps easiest to convey online is award announcements—as many award programs are finding out by mounting “ceremonies” online. And Bologna arrives each year with a raft of influential awards in its annual construct.

On Monday, the fair named the winners of its six-region Children’s Publishers of the Year prize and its BolognaRagazzi Award for illustrated children’s books.

We’re marking in bold the winner in each of the six geographical regions for this international award program, each chosen from a regional pool of five or six finalists. More information on this prize can be found at the

More awards information can be found on the site here. 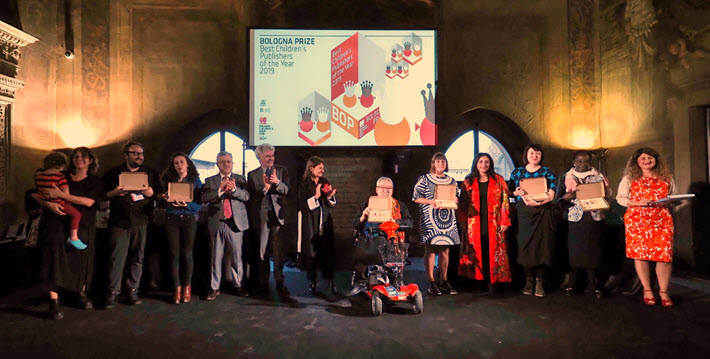 Winners of the 2019 Bologna Children’s Publisher of the Year award at the Palazzo d’Accursio. Image: BCBF

Illustration: Exhibitions and a ’24-Hour Marathon’

Certainly among the most successful elements of the online program is the “Illustrators’ Virtual Wall,” which reflects the huge physical display of illustrators’ work at the fair itself. Click into a region and then market’s wall area and a big round of illustrations flicker into view. You can then click on each of the illustrations for a large view, nicely credited. 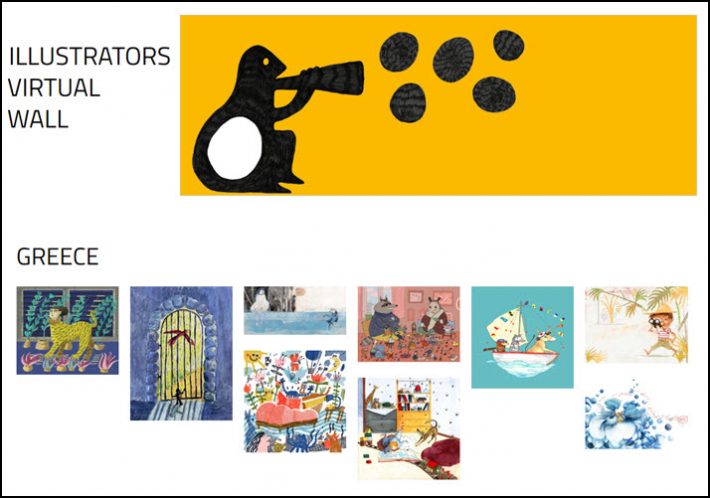 A “24-Hour Marathon” video event for those who register involves 24 international illustrators, art directors, and agents in a video conference looking at the work of 240 illustrators. That event is expected to continue to midnight tonight, CEST.

Part of the challenge here for viewers—and we should add with a collegial smile that this is part of the challenge for the 30,000 attendees of the show IRL, in real life, too—is that there are so many elements of the programming. Orientation takes a bit of time. 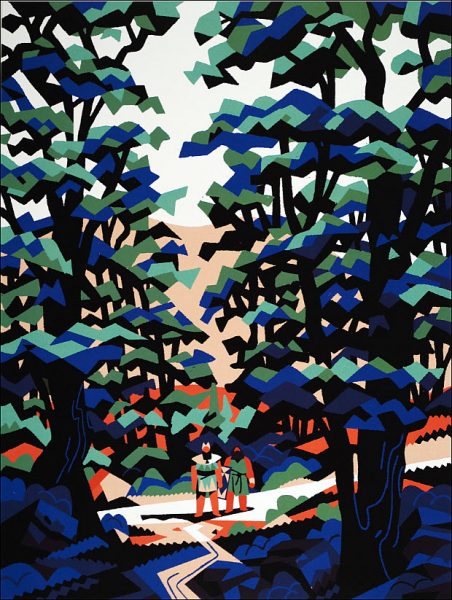 And as is being discovered by many publishing players working to create online offerings during the pandemic, timed events can be tricky, especially in the international arena. Today’s event at 2 p.m. Bologna time, for example, was at a comfortable 1 p.m. in London but at 8 a.m. New York time and at 5 a.m. in Los Angeles.

As we wrote on April 1, the online programming we see this week, originally was communicated as a chance for the online rights platform PubMatch, the online trading platform held by Publishers Weekly and the Combined Book Exhibit—all associated with BolognaFiere—to launch a digital service called the Bologna Children’s Book Fair Global Rights Exchange, a way to capture some of the rights-trading that, of course, couldn’t go forward when the physical fair was canceled.

More from Publishing Perspectives on Bologna Children’s Book Fair is here, more from us on children’s books is here, and more on the coronavirus outbreak is here.