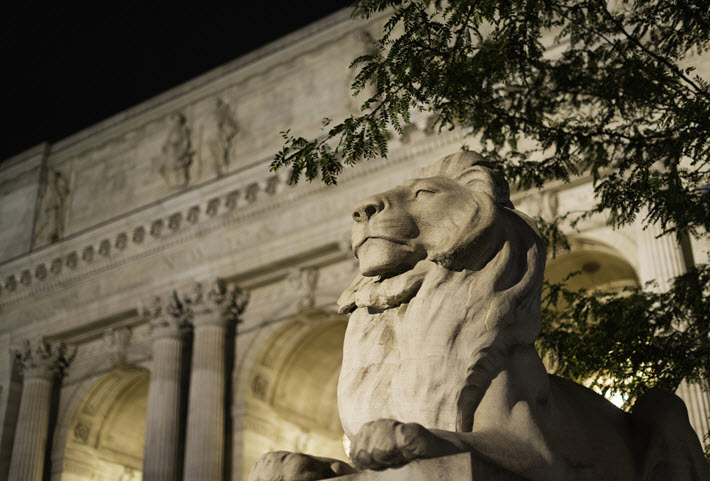 The program Ethan Hawke and others co-founded to honor published authors aged 35 and younger now is in its 20th year, a winner to be named in the fall.

At the New York Public Library, which currently is closed in the coronavirus COVID-19 pandemic. Image – iStockphoto: Andres Garcia M

Having reported in recent days on two award programs—the UK’s Sunday Times / University of Warwick Young Writer of the Year Award and Wales’ Dylan Thomas Prize from Swansea University—we have news from a third such honor, this one for writers 35 and younger.

In fact, Bryan Washington, the Houston-based author who has won the 2020 International Dylan Thomas nod—and whose first novel, Memorial, is on Riverhead’s list for an October 6 release—is also on the shortlist for the New York Public Library’s Young Lions Fiction Award.

The library and all its branch locations are closed in the coronavirus COVID-19 pandemic, of course, but many operations and remote services continue.

New York City, clearing what appears to have been the worst of its epic battle with the pathogen, stands in the 3:32 a.m. ET update (0732 GMT) on the Johns Hopkins Coronavirus Resource Center dashboard at a stunning death toll of 28,558, with 61,886 people reported to have recovered from infection. The United States’ picture as a whole shows 1,528,661 cases, the largest caseload in the world, with Russia a rather sudden second at 299,941. The US death toll overall is 91,938.

The award program co-founder, actor, and writer Ethan Hawke is on this year’s jury, as are Ling Ma, a former winner, and fiction writer Mitchell Jackson.

The event in which the winner is to be announced has yet to be scheduled but is anticipated in the autumn. It’s unclear at this point whether it’s expected that this might be a physical award program or a digital alternative.

Hawke’s co-founders in the program—which began operations in 2001—are Jennifer Rudolph Walsh, Rick Moody, and Hannah McFarland. The money for the program comes from an endowment contributed to by Russell Abrams, Nina Collins, Hannah and Gavin McFarland, Hawke, Stephan Loewentheil, Moody, Andrea Olshan, and Walsh.

The Young Lions branding is used by the library not only for this award program but also for a class of donors for library supporters in their 20s and 30s. And a side note: The two lions at the entrance to the library’s central facility near Times Square were put into position 109 years ago this month. They’re named well for what we’re going through, Patience and Fortitude. 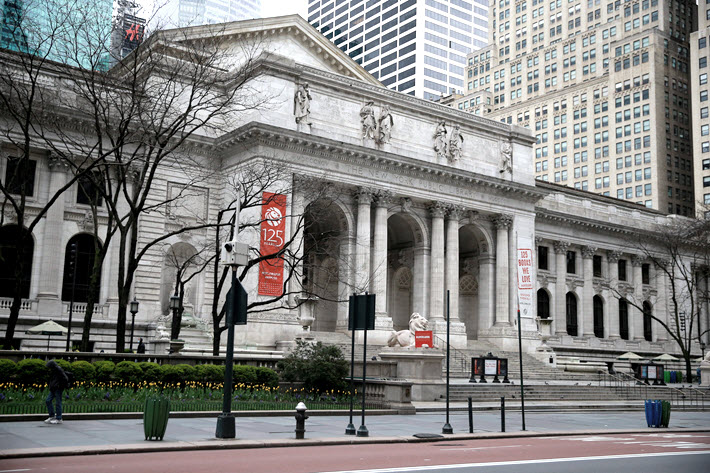 The New York Public Library, founded in 1895, has 92 locations in the boroughs of the Bronx, Manhattan, and Staten Island, and reports serving more than 17 million users in an average year. One of the most interesting news stories relative to the library in recent pandemic coverage has been Elizabeth Rosner’s New York Post report of April 23 that once the library is reopened to physical operation, it may need to ‘quarantine’ its books for a set period of time after visitors handle them to try to head off transmission of the pathogen.

Rosner’s report was based on comments made by the library’s chief, Tony Marx, in an interview with Yahoo Finance.

In the UK, Katherine Cowdrey and Mark Chandler report at The Bookseller that British libraries are similarly exploring what sorts of precautions may be required in a “recovery toolkit” for libraries, with July 4 having been announced as the date for those facilities to begin reopening. “Libraries Connected has put together a list of principles,” they write, “to guide library reopenings, including that they should be phased and planning should anticipate some services may need to be suspended depending on new government and public health guidance.”

And in one of the most poignant notes involving the New York Public Library, Bruce Handy writes at The New Yorker that the library “recently issued its first-ever widely available album, on Spotify, titled ‘Missing Sounds of New York.'”

As any New Yorker can tell you, one of the most unnerving sensory elements of the outbreak there has been the comparative quiet imposed on the city, typically one of the noisiest urban hubs in the world. The library’s new issue—probably not something its audio department might have anticipated as a service—is meant to comfort those suffering the sonic withdrawal of a city muzzled by contagion.

“Once again,” writes Handy, “you can thrill to the pulsing roar of a crowded bar or a packed baseball stadium. You can also be soothed by the calmer but perhaps even more evocative tones of a bustling city park or a lively side street—children playing, dogs barking, basketballs bouncing, passersby conversing in different languages. Did you ever think you’d miss the subway? You may be surprised at the bittersweet longing stirred by a cut that takes you through a rush-hour station and onto a train, metal-­shredding brakes and all.” 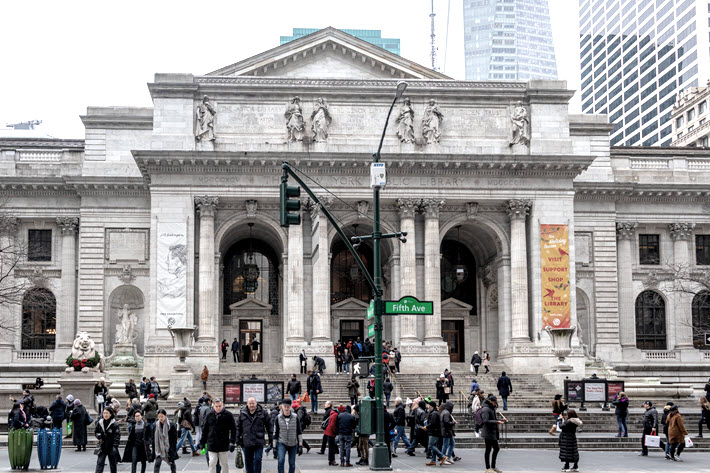 More from Publishing Perspectives on publishing and book awards is here. And more from us on the coronavirus COVID-19 pandemic and its impact on international book publishing is here and at the CORONAVIRUS tab at the top of each page of our site.