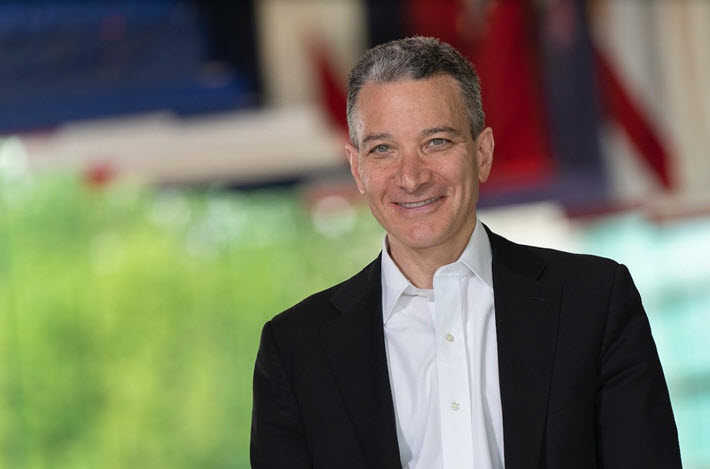 For work that ‘underscores the undeniable importance of publishing to modern discourse and the rule of law,’ the Association of American Publishers this year recognizes Jeffrey Rosen. 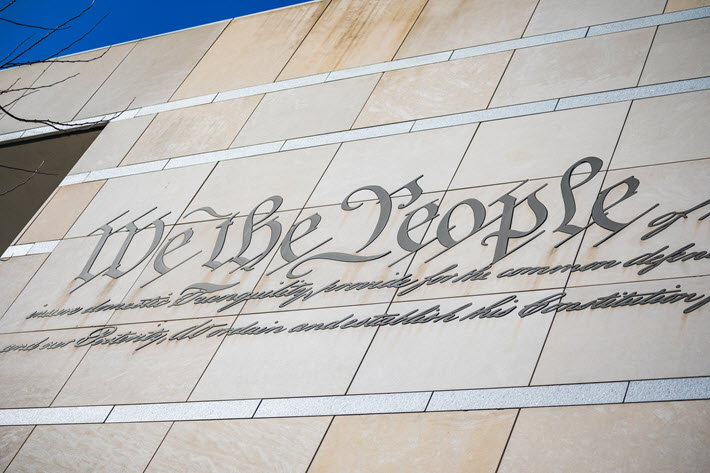 Pallante: ‘The Democratic Exchange of Ideas’

The Association of American Publishers has announced that Jeffrey Rosen is the winner of this year’s AAP Award for Distinguished Public Service.

The president of the National Constitution Center in Philadelphia, Rosen’s picks up this honor following last year’s presentation of the award to Rep. Jerry Nadler (D-NY), chairman of the House Judiciary Committee. The annual recipient of the organization’s honor for distinguished public service is chosen by the AAP board in recognition of “important contributions to the public good by advancing laws or policies that respect the value, creation, and publication of original works of authorship.”

In announcing Rosen as this year’s winner, AAP president and CEO Maria A. Pallante is quoted saying in a prepared statement, “At every turn of his distinguished career, Jeffrey Rosen has shown a principled dedication to both the creative process and the democratic exchange of ideas.

“He has made stellar contributions to the public good as the president and CEO of the National Constitution Center, as a law professor at George Washington University, and as the author of numerous important books, essays, and scholarly works that underscore the undeniable importance of publishing to modern discourse and the rule of law.” 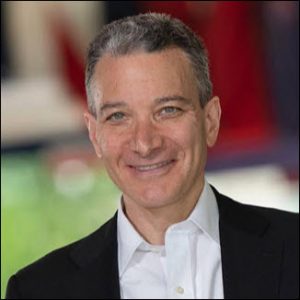 Many Publishing Perspectives readers will be aware of Rosen’s work as a contributor to The Atlantic.  An example of the sort of commentary he provides was published on April 17. In “Hamilton Would Not Have Stood for Trump’s New Constitutional Theory,” he took on Donald Trump’s mid-April remarks that reflected on issues around the scope of an American president’s power. One of those Trumpian declarations: “When somebody’s the president of the United States, the authority is total.”

Rosen wrote: “In asserting that ‘we don’t have a king in this country,’ New York Gov. Andrew Cuomo cited Hamilton’s observation at the New York ratifying convention of 1788: ‘The state governments possess inherent advantages, which will ever give them an influence and ascendancy over the national government, and will forever preclude the possibility of federal encroachments. That their liberties, indeed, can be subverted by the federal head, is repugnant to every rule of political calculation.’

“Sen. Rand Paul concurred with Cuomo that presidential powers are limited by states’ rights and the ultimate sovereignty of the people, invoking the powers reserved to the states and the people under the Tenth Amendment. ‘The Constitution doesn’t allow the federal government to become the ultimate regulator of our lives because they wave a doctor’s note,’ Paul tweeted. ‘Powers not delegated are reserved to states & the people. If we dispense with constitutional restraints, we will have more to worry about than a virus.’”

Rosen is the author of Conversations with RBG: Ruth Bader Ginsburg on Life, Love, Liberty, and Law (Macmillan/Henry Holt and Co., 2019).

Macmillan CEO John Sargent—a veteran of Donald Trump’s failed efforts to block publication of books he hasn’t liked—is the chair of the AAP board. In a comment on the Rosen selection for this year’s award, Sargent is quoted, saying, “On behalf of AAP’s Board of Directors, I congratulate Jeff Rosen for all that he has accomplished as an author, educator, and scholar, and thank him for using his considerable talents and expertise to promote our constitutional freedoms and responsibilities, both of which are so critical to the publishing industry.”

In addition to the recent Ruth Bader Ginsburg release, Rosen’s books include:

He co-edited Constitution 3.0: Freedom and Technological Change (Brookings Institution Press, 2013) with Benjamin Wittes, who is the co-author with Susan Hennessey of this year’s Unmaking the Presidency: Donald Trump’s War on the World’s Most Powerful Office (Macmillan / Farrar, Straus and Giroux).

A graduate of Harvard, Oxford, and Yale Law School, Rosen says, in his acceptance comment on the award, “I’m honored to receive this award for public service and grateful to have the chance to talk with America’s publishers about the importance of deep reading and reflection in these challenging times.

“The American founders believed that only through stoic self-mastery of our unreasonable passions—including anger, anxiety, and fear—can we achieve happiness during times of disease and disaster. It’s therefore urgently important to preserve the vitality of the publishing industry, which supports the books that make that learning and self-mastery possible.”

As is customary for the winner of the distinguished service award, Rosen is to speak at the AAP’s annual meeting. That event, set for June 1, will this year be held as an online event, of course.

In addition to Nadler, Rep. Doug Collins (R-GA09) has been given the award.

More from Publishing Perspectives on the Association of American Publishers is here.