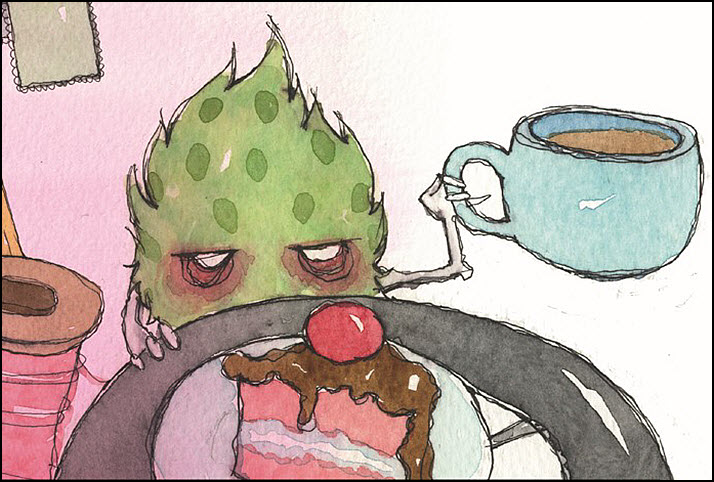 Drawn from French, Polish, Arabic, German, Norwegian, Japanese, and Italian, translator Daniel Hahn selects translated works for young readers that may remind you ‘what children’s stories are capable of.’ 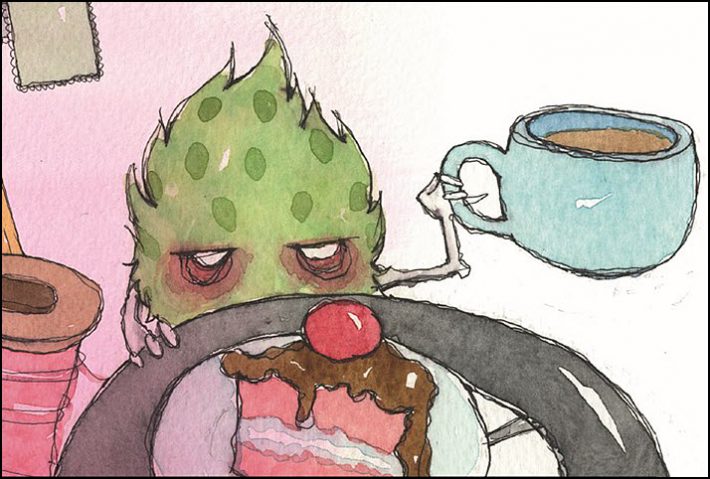 ‘A False Sense of Simplicity’

And while the brothers Jacob and Karl might seem a likelier authorial influence than Andersen on this year’s viral context for the day, Words Without Borders‘ editorial director Susan Harris has picked up her cue without missing a beat. She has engaged Daniel Hahn—the UK-based translator, editor, and author of The Oxford Companion to Children’s Literature (2015)—to guest-edit and introduce this month’s issue: Child’s Play: International Children’s Literature.

As the bookish world has responded to the pandemic of the coronavirus COVID-19, two main models have developed:

As educators scramble to keep curricula afloat on the digital ether, parents, of course, are at least second if not first responders in the crisis, many of them working from home offices while trying to keep the kids’ minds on-task and their fears under control. What a great moment to find Hahn just up ahead as our guide through a Black Forest of children’s literature translated from seven languages. 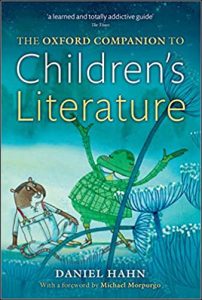 There’s storytelling here for preschoolers to young teens, and it includes two short stories and five excerpts from novels. The title of Hahn’s introductory article is Deceptive Simplicity: International Children’s Literature. In it, we learn that only once in the past, almost 16 years ago, has Words Without Borders focused on content for young readers.

Happily, Hahn is never one to shy from saying what needs to be said to publishers and translators—and, if they’re listening, to those consumers whose votes could call so many more shots than they do, if only they became more activist buyers of books.

“Children’s writing has been even more neglected for translation in the Anglophone world than its adult counterpart,” Hahn writes. He’s right.

And yet, of course, reader-consumers are slow to realize that they could work some goodly magic of their own by simply calling out publishers by name in their social-media channels and demanding that those houses release, say, at least one or more translated works per month. Including children’s publishers. Public embarrassment is such a Grimm-ly powerful tool, isn’t it, when used with compassion by the children of literature—who hold the gold coins for which our publishers do work, after all.

“I’ve always felt the boundaries between potential groups of readers are much more porous than our overdeterministic publishing habits seem to suggest,” Hahn writes. “If you are reading this issue, then you, too, are probably not under 12; the most I can hope for you is that you’ll enjoy it almost as much as if you were.”

“To a reader who is 6 or 9 or 12, eyes still wide open to the world, the possibilities offered by this writing are mind-altering.”Daniel Hahn

And Hahn then tells us that he curated his selection as a good witch, not a bad witch, knows to do when conjuring translations: He asked “not children’s writers or publishers, but translators.” Hahn followed the bread crumbs dropped for him by these experts, “I allowed them, these translators, to steer the selection process. We were often choosing between pieces I could not myself read, after all.”

Be sure to start with Hahn’s intro for how he tones each of the pieces he’s chosen, and also to sort which works may be targeted to the age of your own wide-eyed readers. He points out that the rarity of short stories for children is baffling–what’s up with that, anyway?–and he also lets you know why Danny, as grown-up Daniel is called by most who know him, found each of these works worthwhile.

For example, he’s got quite a thing for Norway’s Maria Parr, whose “perfect little short story about a hug” is translated here by Guy Puzey. “Raur Gives His Blanket a Hug,” Danny Hahn says, is “touching, it’s simple, and it’s totally assured, just like everything I’ve ever read from this writer-translator duo. It’s a story about a sort of monster under the stairs, but (like all Maria’s work, I guess) it’s really a story about the heart, and about kindness, and about love.” 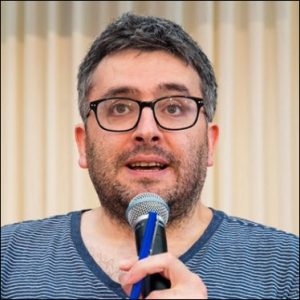 Hahn tells us, “I often feel that adults forget what children’s stories are capable of, whether in terms of emotional complexity or linguistic and literary inventiveness; it’s easy, I suppose, to get lulled into a false sense of simplicity. Writing for kids requires such discipline.”

And if you’ll open the box of other cultures’ imaginings in translation, he writes, “To a reader who is 6 or 9 or 12, eyes still wide open to the world, the possibilities offered by this writing are mind-altering.”

As we like to do, we’ll give you a quick list of what’s ahead in the thicket of this month’s edition of Words Without Borders. Hahn has cleared the path for you: “I don’t know any adults who couldn’t learn from this,” he writes, “and neither do you.”

Items in the April Edition

From left, three of the authors whose work is featured in the April edition of ‘Words Without Borders’ are Angelika Glitz, Hooda El Shuwa, Sachiko Kashiwaba

‘Voices From the Pandemic’

For adults in the room, Harris and her associate Eric Becker have begun commissioning work for Words Without Borders “to offer humanistic perspectives on, and literary responses to” the COVID-19 crisis. This serves as the secondary focus of the monthly issue, and new work is being added as available.

You’ll find it here: Voices from the Pandemic: A New Series for These COVID-19 Times.