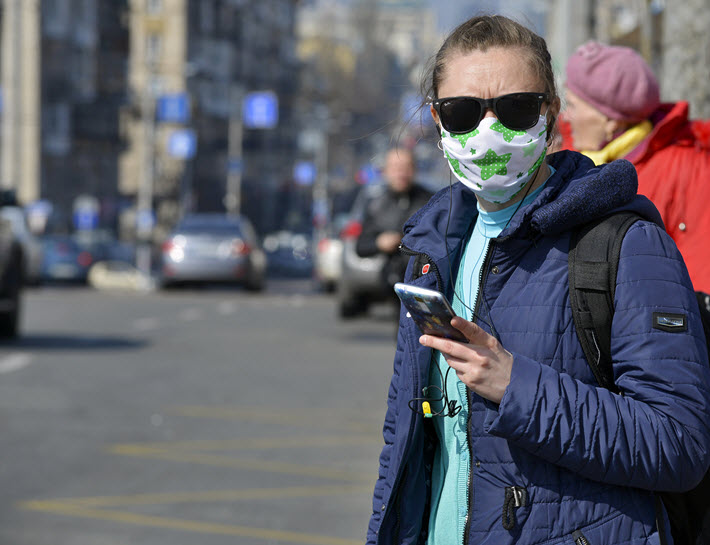 Having caught its stride in 2019 with new titles and print runs jumping, Ukraine’s book market now is weathering the pandemic—and opening a new translation grant for rights buyers.

Deadline for Funding Applications: May 15

Shortly after it began work in 2017, the Ukrainian Book Institute was a cultural ministry initiative covered by Publishing Perspectives at Frankfurter Buchmesse.

Today, the institute is promoting its timely new “Translate Ukraine” grant program, which supports publishers who buy the translation rights to Ukrainian literature. The program provides partial or total coverage of rights-purchase and translation expenses for publication of Ukrainian literature in the primary genres of literature—including prose, poetry, drama, children’s books and YA content, as well as titles in the social sciences and humanities.

Needless to say, rights transactions are taking on new importance in the world publishing industry during the coronavirus COVID-19 pandemic, not least because standard book-sales revenue is being depressed in so many markets. Public health emergency restrictions on retail activity and social distancing orders for safety mean that bookstore sales (along with the jobs of many booksellers and related workers) are being severely impacted.

“A publishers and booksellers survey a few days ago showed that our 50 biggest publishing companies haven’t published 70 percent of planned titles for this month, April.”Oleksandra Koval, Ukrainian Book Institute

Ukraine’s translation funding project is specifically aimed at generating new translations, so work already translated and published in international markets is not eligible for consideration. An announcement of the program is here. A follow-up call for applications for 2021 grants is expected in the autumn.

Grants can run as high as €4,000 each (US$4,315), and an open call is in place until May 15, and applications should be directed to the staff by email at translateukraine@ubi.org.ua

On having the news of this new rights support program from Kiev, Publishing Perspectives has been in touch with the institute to find out how its development has progressed since it was founded in 2016 and began work in 2017. We’re able to bring you commentary from the institute’s chief and its analytics lead, as well as from the head of the translation department. 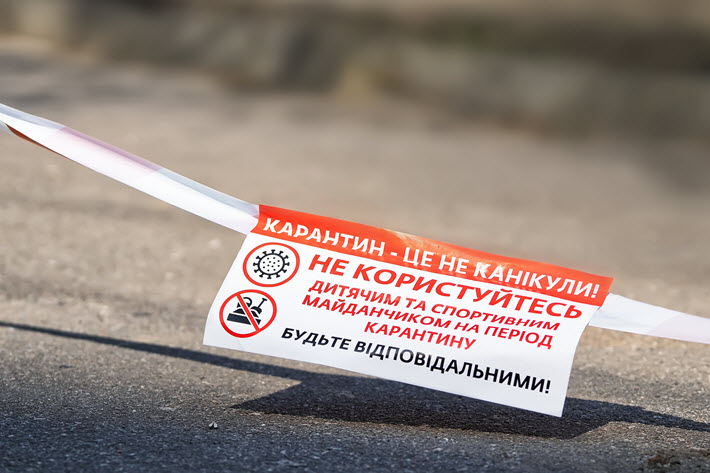 In this April 4 shot from Kharkiv, the sign reads, ‘Quarantine Is Not a Holiday! Do Not Use This Playground., Be Responsible!’ Image – iStockphoto: Ekaterina Polischuk

At this writing, the Johns Hopkins Coronavirus Resource Center reports in its 6:31 a.m. ET update (1031 GMT, 1331 EEST in Ukraine) that there are 7,647 confirmed cases in the country and 193 deaths, placing it 38th among nations for caseloads. The population of Ukraine is some 42 million. 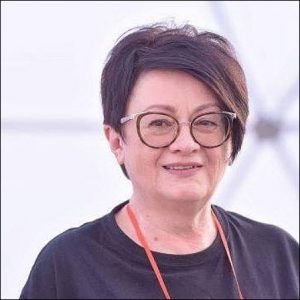 “These times are tough for our publishers, as they are elsewhere, says Oleksandra Koval, who is head of the institute. “Our publishers work from home and the bookstores are closed. The Ukrainian Book Institute staff is working remotely as well, of course. Our biggest spring literature fair, Book Arsenal, has been postponed, and we’re not sure about BookForum in Lviv in September.

“In the newest survey results we have, 17 percent of respondents said they’ve started to read books more during quarantine—while 11 percent said the opposite. And if there is more reading going on, it hasn’t shown up in publishers’ revenues.

“A survey made by the Ukrainian Publishers and Booksellers Association a few days ago showed that our 50 biggest publishing companies haven’t published 70 percent of planned titles for this month, April, and have lost 70 percent of their revenues.

“The Ukrainian Book Institute is funded by the state budget, of course, and after the government reduced the institute’s budget by 33 percent, we redistributed the remainder, abandoning our planned launch of a Ukrainian Digital Library as well as support for the book festivals and reading promotion programs,” which have had to be canceled in the pandemic.

“We have US$100,000 to support the ‘Translate Ukraine’ program. And 60 percent of the institute’s funds will be spent on the purchase of books for public libraries.” 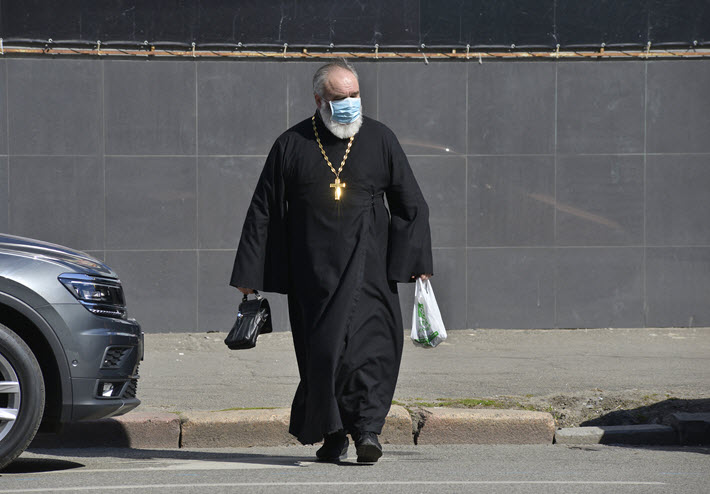 In terms of bad coronavirus timing, Ukraine’s market had actually seen more titles and larger print runs in 2019 than in any year on record and, of course, was hoping for more growth in 2020. 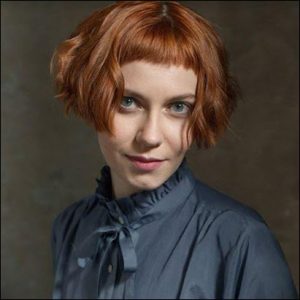 Leading the institute’s analytics work on the market, Iryna Baturevych says that 2019 had shown growth “in the trade publishing segment with an increase in fiction of 16 percent in the number of titles produced, print runs at 17-percent higher” than in the previous year. In children’s and YA, there was also a 16-percent jump in the number of titles published and a 10-percent gain in print runs.

Digital activity is hard to quantify in the pandemic, Baturevych says, some houses such as Old Lion Publishing announcing a sharp rise in ebook sales, while Ranok—the country’s largest children’s and educational house—is seeing no change in ebook sales. Top sales categories are easier to cite, however: puzzle books, activity books, and children’s educational literature are the sellers of this home-bound moment.

Baturevych adds that, as in so many markets, publishers are working to develop digital-format outreach programs, often with discounts attached of up to 50 percent to stimulate sales. Free shipping is not an unusual offer in online events on Facebook and Instagram. 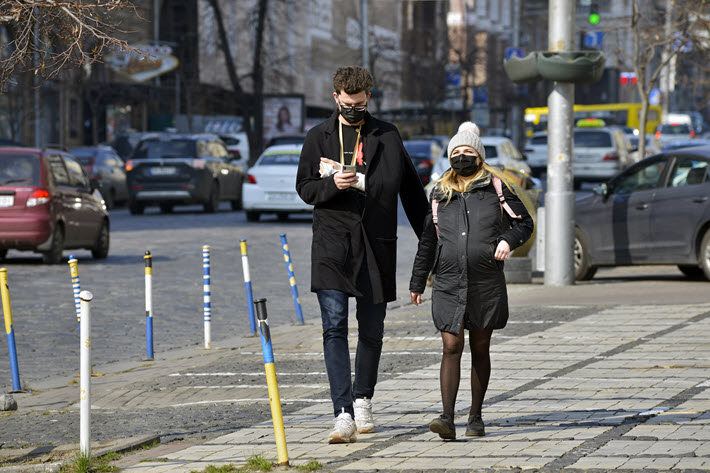 Bohdana Neborak, who leads the institute’s translation department, tells us that the focus of the team’s work has been in widening the Ukrainian market’s international presence. 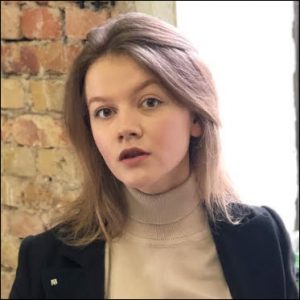 “In 2019, Neborak says, “we attended 12 international book fairs. At nine of them, we presented national stands on which our publishers arranged their meetings. And we did a lot to engage in programming in the professional programs and on the literary stages of these fairs. We also released a first market report, for 2019.”

The country, of course, was much in the news in 2019 because of what investigations determined were Donald Trump’s efforts to coerce the offices of Volodymyr Zelensky to help in his re-election efforts, something Trump has denied. Ukraine signed its associative agreement with the European Union in 2014, and the institute’s State of the Market report refers to a policy shift in that year toward “a pro-Western, pro-European” stance that includes “aspirations to join the EU and NATO.

The International Monetary Fund, according to the institute’s document, expects per-capita purchasing power to grow to US$12,260 by 2023, but of course this calculation was made and promulgated prior to the onset of the coronavirus pandemic, and no national market is expected to escape the pathogen without its economy taking a severe hit. Economic outlooks will have to be reassessed worldwide.

“Ukraine is becoming a more powerful and independent subject in the international book market,” Neborak says.

“In 2019, our production of Ukrainian-language books and brochures doubled over that of 2018. Ukrainian publishers have become very active in selling their rights in the last years.

“In the first 22 years of Ukrainian independence—1991 to 2012—only 354 titles were sold abroad. But in the last seven years, we’ve seen 547 Ukrainian titles sold abroad.

“We can see the interest in Ukrainian literature increasing,” she says, “but progress is complicated and it needs publishers’ investments. In today’s circumstances, that simply is impossible without government support. So we hope that ‘Translate Ukraine’ will be a useful instrument to continue our international collaboration” by stimulating more translation rights transactions made directly with Ukrainian publishing houses.

“The import of the Russian-language editions” into Ukraine, “is a complicated process that results in a book being more expensive” and thus harder to sell.

The institute’s staff is optimistic, Neborak says that the new “Translate Ukraine” program may be able to help offset some of the market’s woes, particularly if it’s able to put some of the up-to 40 grants it can make this year into some strong markets.

“‘Translate Ukraine’ shifts the balance for Ukrainian publishers—who are also the copyright holders, usually,” from a focus on consumers to one on producers in other markets. “This consolidates the Ukrainian book market and makes it visible and distinct.”

“We already have bestselling and well-known Ukrainian authors abroad, including Andrey Kurkov, Serhiy Zhadan, Oksana Zabuzhko, and Juri Andrukhovych. And we have a lot to share from the new voices of Ukrainian literature.”

More from Publishing Perspectives on the Ukrainian market is here, more on rights is here, and more on the coronavirus pandemic is here.