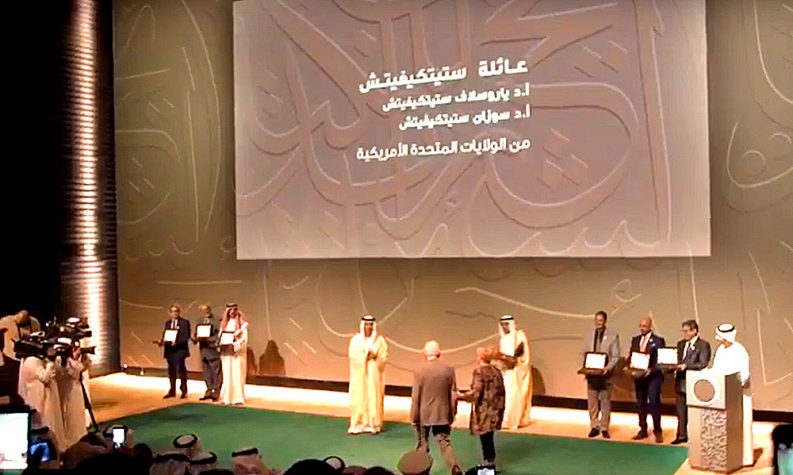 Writers from Tunisia, Palestine, Iraq, the Netherlands, the United Kingdom and the United States are among those honored today by the world’s most lucrative awards program for Arabic literature. 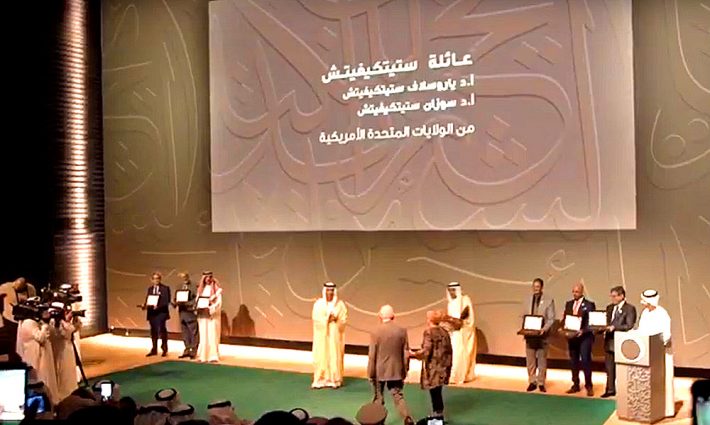 While the winners of the 14th edition of the Sheikh Zayed Book Award were to have been announced on April 16 in conjunction with the Abu Dhabi International Book Fair, those plans, of course, have been derailed by the pandemic of the coronavirus COVID-19.

As we reported last month, the Abu Dhabi fair’s original dates of April 15 to 21 were scuttled by the onslaught of the contagion, and while the new dates were announced as a postponement, they are an effective cancellation of this year’s fair entirely, with the show’s next iteration set for May 23 to 29, 2021.

A ceremony is to be streamed live by the Sheikh Zayed Book Award program on April 16.

At this writing, the Johns Hopkins Coronavirus Resource Center in its 6 a.m. ET update (1000 GMT), cites 1,259 confirmed cases of COVID-19 and 12 deaths related to the pandemic in the United Arab Emirates.

The Zayed program—closely followed by readers of Publishing Perspectives—has instead issued its winners this morning (April 8), bringing together the slate of 2020 award recipients approved in Abu Dhabi on March 18 in a meeting led by Sheikh Sultan Bin Tahnoon Al Nahyan for this program of awards that’s overseen by its secretary-general, Dr. Ali Bin Tamim.

With a purse of 750,000 UAE dirhams (US$204,181) in each of the eight book categories, the Sheikh Zayed program additionally offers 1 million dirhams (US$272,242) to the winner of its Cultural Personality of the Year honor. Thus, it’s the richest prize program in Arabic literature awards, and in several categories, publishers of its winners are granted translation and marketing funding to help expand the presence of Arabic work in world markets.

“We are proud to highlight the cultural endeavors that are happening all over the world with the shared mission of furthering Arabic culture.

“From works exploring the significant influence of the Arabian Nights on Western literature and Western representations of Islamist theology, to the incredible efforts of our Cultural Personality of the Year and Banipal magazine in promoting Arabic literature in translation, this year’s winners represent the connectedness of Arab culture to a global network of understanding and scholarship.

“Through this prize, we hope they can further their achievements and go forth to inspire the next generation of makers, intellectuals, creators, publishers, and youth in the Middle East and the world at large.”

Aside from the Cultural Personality of the Year—which we’ll mention first in a moment—the categories on which the Sheikh Zayed Book Award is conferred and announced today are:

Not mentioned in today’s media messaging are two other award categories:

2020 Cultural Personality of the Year

While many of the awards are predicted in longlists and shortlists, one of the categories of the program that’s announced as a surprise each year is the Cultural Personality of the Year honor. 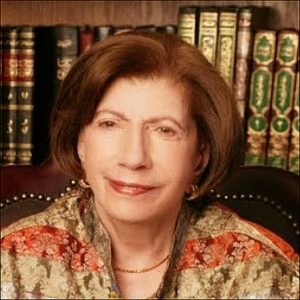 This year’s accolade goes to the Palestinian poet, writer, translator, and anthologist Salma Khadra Al Jayyusi for what’s described by the prize program as her profound contribution to Arabic literature and culture.

Jayyusi’s scholarly career has including stints living and working in the UK, Spain, Italy, Germany, England, Iraq, Algeria, Lebanon, Sudan and the United States. She’s the founding director of the East-West Nexus and of the Project of Translation from Arabic (PROTA), having published her own first collection of poetry, Return from the Dreamy Fountain, in 1960. 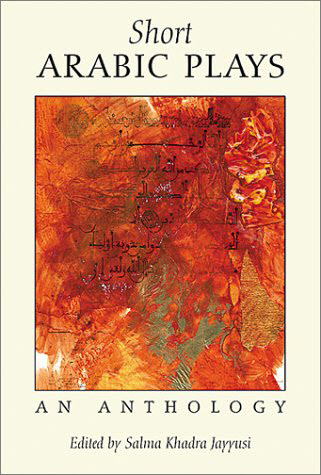 Jayyusi’s contributions as an editor have included: 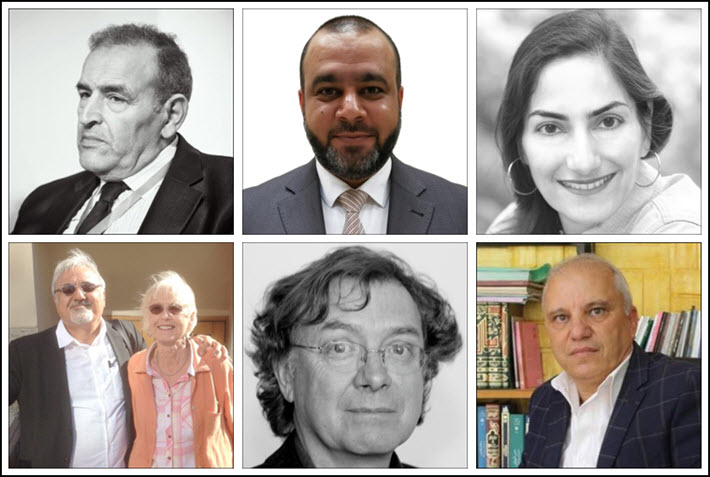 Needless to say, these awards each year bring together a unique group of creative talents from the worlds of literature and scholarly work in the Arab world.

In his comment on the announcement today of the 2020 Sheikh Zayed Book Award winners, the chair of the Abu Dhabi department of culture and tourism—and member of the emirate’s executive council—Mohamed Khalifa Al Mubarak, is quoted, saying: 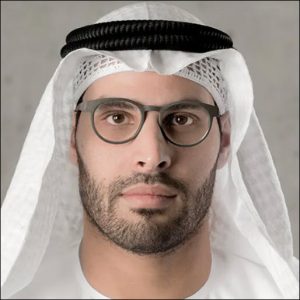 “The mission of our organization is to nurture and promote culture in all its forms, and it’s with great satisfaction that we’ve seen the Sheikh Zayed Book Award grow and flourish year on year.

“This incredibly successful 14th edition boasts a roster of talented and distinguished winners who have made significant contributions to the cause of furthering and disseminating Arabic culture.

“It is our hope that this recognition will open further opportunities to them, and we look forward to seeing what they do next.”

A quick overview of winning writers in today’s announcement reveals the broad range of experience reflected in the group.

Works nominated for the award must be published in Arabic, except for those nominated in the Translation and Arabic Culture in Other Languages categories, in which the prize is respectively awarded to works translated from Arabic into other languages or works written in any foreign language.

Over the course of the prize’s 14 years in operation, nominations have increased two-fold to a total 1,904 for this  year’s cycle. Submissions were made for the 2020 awards from 49 countries.

A touchstone of the program’s mission lies in lines from the late Sheikh Zayed, who wrote, “The book is a container of science, civilization, culture, knowledge, literature and arts. Nations aren’t only measured by material wealth, but also by their civil authenticity. The book is the basis of this authenticity and a key factor in the confirmation of its civilization.”