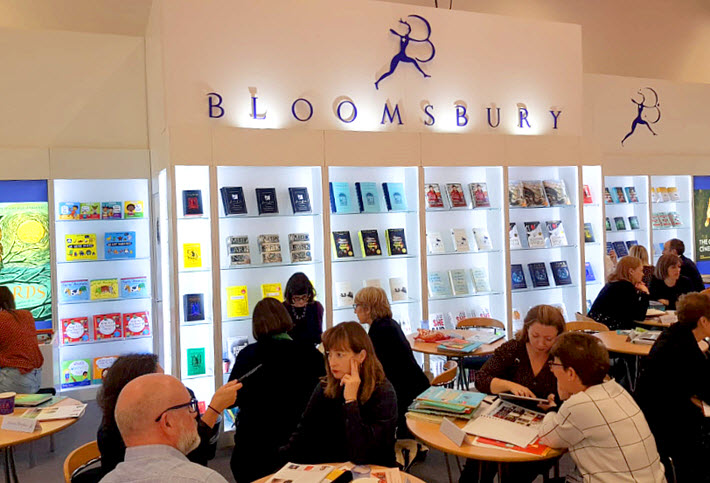 ‘Rights departments of publishing houses invariably seem to be the poor relation of the sales team,’ says Richard Charkin. Think of the coronavirus pandemic as a prompt to have another look at that.

The Bloomsbury rights team at work on the stand at the 2019 Frankfurter Buchmesse. Image: Courtesy Joanna Everard, rights director

Editor’s note: The Johns Hopkins Coronavirus Resource Center has the UK at No. 6 in the world for its caseload of 139,246 confirmed COVID-19 cases and 18,791 deaths, in a population of 67 million. We asked Charkin in London if the mounting disruption of so much book revenue in the world industry might not mean that rights sales suddenly mean even more than usual. He didn’t hesitate to tell us why. —Porter Anderson

‘Income From Rights: Even More Important’

It’s a truth almost universally acknowledged that the net profit of a general book publisher is invariably smaller or equal to the net rights income received.

At times like this, when so many physical bookstores around the world are closed, when so many publishers’ and wholesalers’ warehouses are working reduced shifts or none, when the profit from selling printed books has diminished to zero or—like the West Texas Intermediate oil price moves dramatically into negative territory—the income from rights to intellectual property seems even more important.

And yet, rights departments of publishing houses invariably seem to be the poor relation of the sales team except at Frankfurt and similar trade shows.

Typically rights departments’ offices are small and on the top floor of the office building, or worse, in the basement.

While book sales are measured and tracked assiduously through excellent enterprise application software systems and point-of-sale measurement—not to mention exacting credit control and feeds to management accounts—most rights systems still rely to a large extent on human intervention. That may be in the complex nature of rights transactions, but that makes it all the more important to treasure rights professionals.

One sign of publishers’ apparent lack of rigor in rights selling has been the migration of rights from publishers’ to literary agents’ control. Of course, this migration creates a negative cycle for rights departments. The fewer rights the publisher has to sell the less income there is for the rights department and the less affordable it becomes.

“Is now not the time to double up efforts across all publishing houses to identify rights opportunities, create lateral thoughts on what unsuspected deals could be made, and to raise the profile and importance of rights departments?”Richard Charkin

My focus on the value of rights sales and departments is not just theoretical.

Any number of times, a poor year has been rescued by clever, entrepreneurial deals involving thinking outside the traditional “make a book and sell it through a bookshop” business model.

Decades before the onset of the pandemic, publishing was suffering a less fatal but nonetheless painful ailment known as recession. There was little growth, even less profit, and a book market stagnating in old ways of doing things.

Oxford University Press was suffering as much or more than everyone else. Printing books took forever. Even reprints took months to deliver. The warehouse averaged six weeks between receipt of order and delivery to a bookshop. Nothing we did made much impact to the bottom line except regular retrenchments–a euphemism for laying people off.

Then out of nowhere came the opportunity to do license deals.

Rights to the Rescue 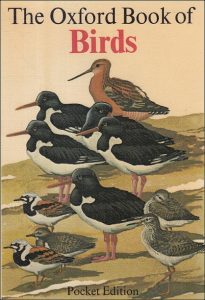 Paul Hamlyn’s promotional line, Bounty Books, part of Octopus Publishing Group, seemed to be able to reprint and sell old books through hitherto unexplored channels. In order to plug that year’s lack of profit, my then-boss introduced me to Paul Hamlyn and we cooked up a deal in which Octopus paid us a very large advance against the rights to a range of titles and trademarks.

This included publishing small-format hardcover editions of “The World’s Classics” and large-format low-price hardcover editions of natural history titles such as Bruce Campbell’s Oxford Book of Birds. The latter had been languishing with sales of a couple hundred a year and suddenly there were regular reprints on ten thousand copies a time. The author was delighted to get an income fillip, and OUP was delighted to bank its rights revenue for very little work. 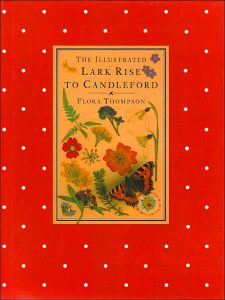 Similarly, the licensing of Flora Thompson’s sweet but hardly known trilogy of countryside memoirs, Lark Rise to Candleford, became a worldwide best seller through repackaging the content into a beautifully illustrated hardback abridged by Julian Scuckburgh, which in turn generated a BBC TV series and established the trilogy as a classic.

One of the greatest acquisitions and subsequent rights deals should be a major part of any history of Heinemann. It was the acquisition by Heinemann of a small unprofitable publisher, Kaye & Ward, in 1980.

In the magisterial 689-page William Heinemann: A Century of Publishing 1890-1990 by John St. John, there is but a single paragraph about the acquisition and nothing about any later rights deal. 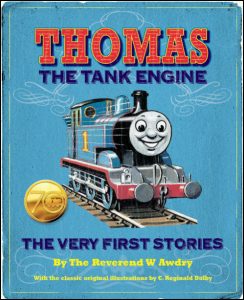 Lurking within Kaye & Ward, however, was a series of children’s books by the Reverend W Awdry now known worldwide as Thomas the Tank Engine. A smart filmmaker, Britt Allcroft, spotted the possibilities and did a rights deal with Heinemann who had absolutely no idea what to expect.

Many years later, Heinemann had effectively been kept in business by the flow of royalties from the movies, the TV, and the merchandising. They had much to thank Britt Allcroft and Ringo Starr for.

Another less glamorous but equally important part of the rights business—and even less acknowledged for its contribution—is the whole world of collecting agencies, known as reproduction rights organizations, or RROs. [Editor’s note: These are the member-organizations of “IFRRO,” the International Federation of Reproduction Rights Organizations, one of the signatories to the lead World Book and Copyright statement in our coverage from Thursday.]

RROs collect money on behalf of publishers and authors and distribute that money at no cost except for a commission.

I lay money that most publishing CEOs would know their annual sales figures but very few would know the income and high-margin profit from these sources. How else would authors and publishers be reimbursed for legal copying of copyright works without enormous overheads or, more likely, encouraging illegal copying?

Bloomsbury has always understood the value of rights, as in its brilliant deal to license Microsoft Word with the content of their Encarta Dictionary. Every time Word tries to correct your spelling, it’s down to that license deal.

And the effort that goes into the multiple co-editions of the Harry Potter Illustrated series is testament to seriously dedicated rights sales professionals.

Is now not the time to double up efforts across all publishing houses to identify rights opportunities, create lateral thoughts on what unsuspected deals could be made, and to raise the profile and importance of rights departments?

It’s not by chance that my own tiny business, Mensch Publishing, only publishes titles with full world rights. Anything less makes life unbearably hard.

Join us monthly for Richard Charkin’s latest column. More coverage of his work from Publishing Perspectives is here. And more from us on the coronavirus pandemic is here.