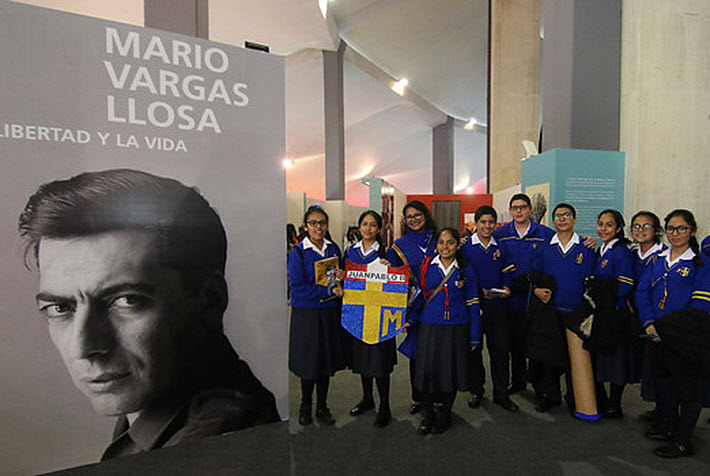 Coronavirus updates: Following the cancellations of three of the largest book fairs in Latin America, the shows’ organizers in Argentina, Colombia, and Peru are setting up online alternatives.

Colombia Adds a Fund for Bookstores

Lima’s fair is the most recent to make its announcement, the country’s publishing industry chamber saying in a statement Wednesday (April 15) that its decision is aligned with government directives to cancel cultural events in 2020 to limit the spread of the contagion. Portugal was to have been the show’s guest-of-honor market.

In media messaging, the Peruvian group says, “We have made this difficult decision in our understanding of the complex scenario, the fragility of the publishing industry, and the negative impact this decision will have for the promotion of reading and the dissemination of culture in Peru.”

Regional media reports quote the Peruvian book chamber chief Willie del Pozo saying, “Instead of constructing a physical space we will have to build a digital one.”

Pozo is talking of an ambitious approach. “Each publisher or bookstore will have their own space within that platform,” he says in his statement. “And visitors will be able to see which books are presented. This opens up the spectrum, to not only think about our habitual visitors, but the fact that we will have readers from across the region that were not used to coming to Lima for this event.” 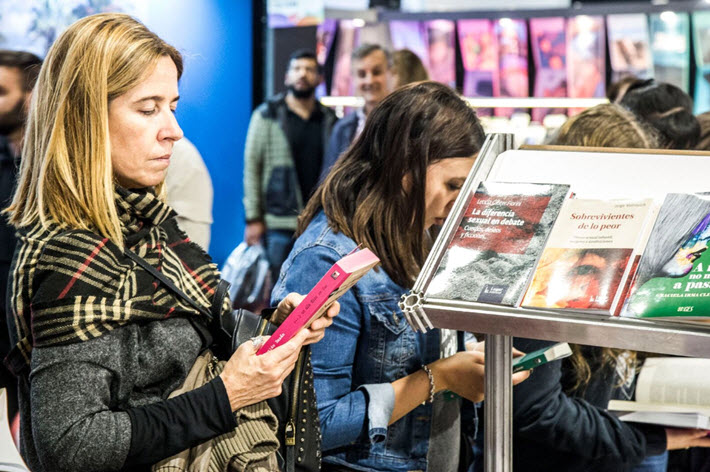 At the 2019 edition of the Buenos Aires Book Fair. Image: Ferio del Libro

Through its YouTube channel, the Buenos Aires book fair is showcasing more than 600 videos shot since 2012. The material features book presentations and debates on a wide range of themes, as well as interviews and concerts.

The 2019 edition of the Buenos Aires fair drew close to 1.2 million visitors, including 4,715 publishing professionals from 30 countries.

“Now that we must stay home, as our lives appear to have been paused,” reads the organizers’ statement on the fair’s site, “reading, books, and a good conversation become a light amid our refuge, and a source of company at a distance.

Havana was expected to be the show’s city of honor this year, in a series of such designations that last year featured Barcelona.

In its statement of cancellation, the fair says, in part, “Because of this force majeure and according to legal dispositions, we must postpone our annual traditional event which would have begun on April 21. Among many programmed activities, our Book Professional Meetings were to start on April 28 and the opening to the general public was scheduled for April 30. 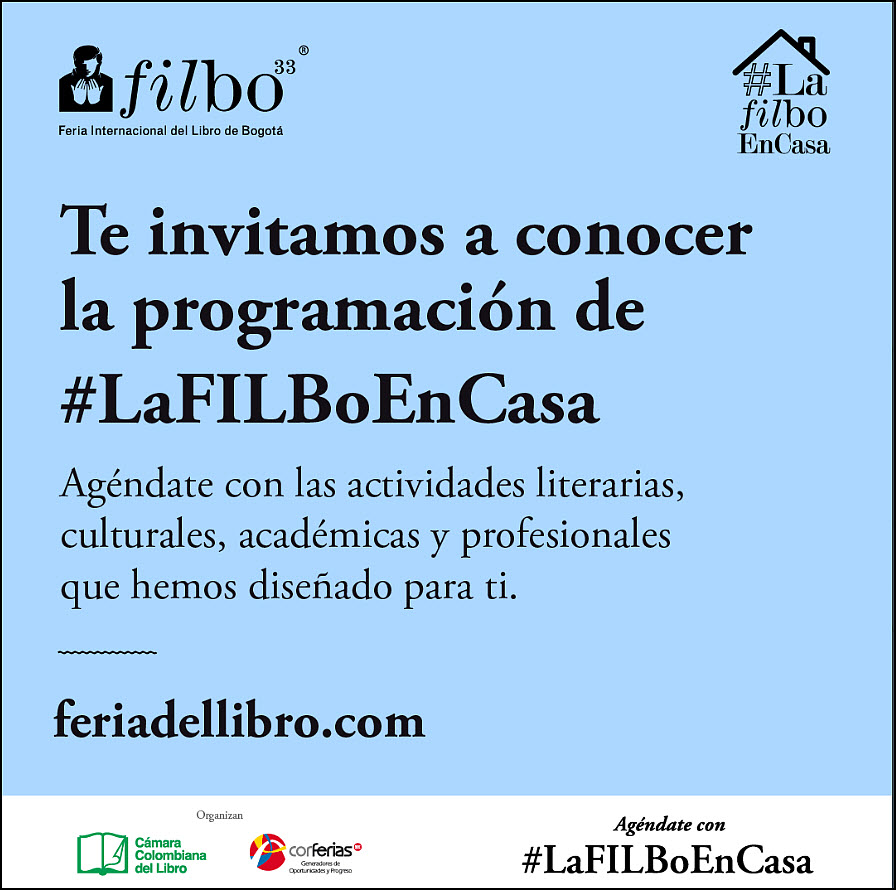 “Our way of life, which has suddenly been so drastically modified, needs common spaces that invite us to reflect, think, question, imagine and, above all, to understand the world we live in, and the book fair will be able to enter all our homes,” the fair’s director Sandra Pulido Urrea says in a prepared statement.

And Tatiana Rudd, Bogotá’s project director, says,  “In the face of the current global situation, the fair’s role needs to be more alive than ever, and luckily we have the digital facilities to connect with each other and generate new conversations to remind us that the world is full of love, hope and a future.”

Bogotá’s “Stay Home Calendar”—found with the hashtag #LaFILBoEnCasa, includes a series of literary, cultural, professional and academic activities from April 21-May 5, aimed at all age groups, as well as reading groups that began on April 13.

Among the events scheduled are book presentations, graphic novel illustration workshops in collaboration with local publisher Cohete Cómics, and debates covering a range of genres, from poetry and nonfiction to science fiction and fantasy. There are also thematic entries, including the climate crisis, technology, and digital publishing, as well as Colombia’s peace process as well as sessions in education, sexuality, cooking, and self-help.

The ‘Galería de Recuerdos’ section of the fair features video and audio presentations of some of the events held during the 2019 iteration.

Also in Colombia: ‘Adopt a Bookstore’

In a move to assist bookstores struggling during the pandemic, Colombia’s publishing chamber has launched the ‘Adopt a Bookstore’ campaign, #AdoptaUnaLibrería, calling on citizens to make donations to be evenly distributed among 47 of the country’s bookstores. The monies received by each store will be used to pay their employees.

The chamber put out a call to bookstores on April 2 via the Colombian Association of Independent Booksellers, and lists these criteria for eligibility for a bookstore to apply for funding:

A total 47 bookstores have been selected as beneficiaries, and they’re located in 17 cities. Citizens can monitor online donations to the fund at the program’s until May 13, after which the money will be distributed.

“Bookstores are the most fragile link in the publishing chain,” says the chamber’s executive president Enrique González Villa in a statement, “and they directly depend on us readers to continue functioning. This initiative allows readers to support booksellers so that these spaces continue to be part of the culture of our country.”

More from Publishing Perspectives on book fairs is here, and more of our coverage on the coronavirus pandemic is here.