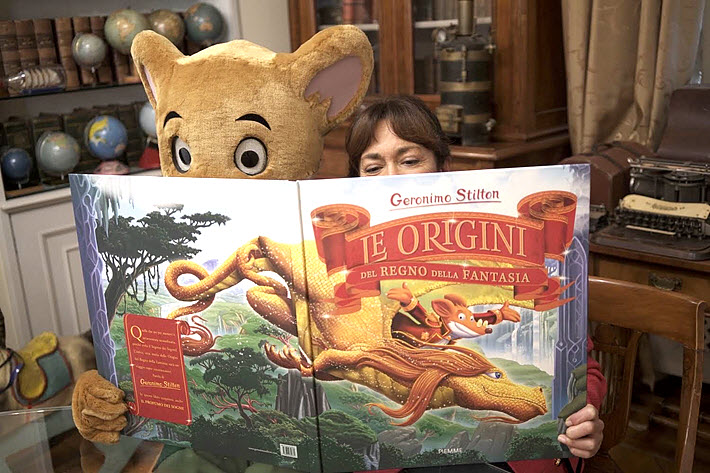 On International Children’s Book Day, the new ‘Read the World’ program invites authors to share online readings of their works with children and families during the coronavirus lockdown.

Get in on the Debut of ‘Read the World’ Today

Quickly put together by the International Publishers Association (IPA), the World Health Organization (WHO), and UNICEF, “Read the World” is a new program being introduced this afternoon (April 2) on the 53rd International Children’s Book Day.

The program, with content posted on social media under the hashtag #ReadtheWorld, invites children’s book authors to read their works aloud in online videos that can reach children and families living under lockdown and practicing social distancing during the global coronavirus outbreak. 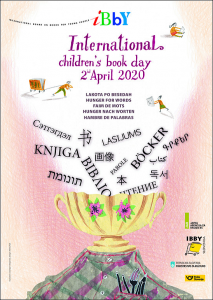 The first writer to “Read the World” is the Italian author who calls herself, “Geronimo Stilton’s mom.” Elisabetta Dami is scheduled to make a live presentation on her Instagram account to the children of the world—that’s all of us—today at 5 p.m. CEST (1500 GMT, 4 p.m. BST, 11 a.m. ET).

Considering the agonies to which her nation is being subjected by the coronavirus COVID-19, Dami’s start as a teller of stories for children is especially meaningful. When she learned in the 1990s that she couldn’t bear children, she volunteered to help out at pediatric hospitals. The “shy, tender, and clumsy mouse,” as she describes Geronimo, took shape as she told hospitalized children adventure stories to buck them up.

Today, Dami’s work reportedly is read in 40 languages with sales of more than 180 million copies. She’s published by the Gruppo Mondadori children’s publisher Edizioni Piemme, founded in 1982 by Pietro Marietti. The imprint began publishing Dami in 2000 and was acquired by Mondadori in 2003. Dami’s father, was a publisher, himself, the founder of Dami Editore.

It may also seem significant today that Dami is Milanese, a native of the great city of Italy’s north–the region now staggering with more than 80 percent of the pathogen’s assault on the Italian market.

At this writing, 110,574 cases are visible in Italy to the Johns Hopkins Coronavirus Resource Center’s trackers, and the nation has lost at least 13,155 souls—more than 60 of them health care workers. Announced as somewhat merciful news, Italy’s death toll on Wednesday (April 1) was 727, down from Tuesday’s 837.

So this is a good moment for a visit with a mouse who’s a journalist and an editor (and thus incredibly handsome) of The Rodent’s Gazette. Dami is said to have written at least 76 Geronimo Stilton books; 15 “CaveMice” books; 11 “HeroMice” books; seven Journey Through Time series books; 13 Kingdom of Fantasy books; six “MiceKings” books; and 12 “SpaceMice” books. In Italian, she’s the definition of prolifica.

There are more high-profile authors being lined up for “Read the World”—graciously fast to say yes—and we’ll be glad to announce them as soon as we’re given the green light by organizers. Many of them, you’ll know. Or your kids will.

Half the World’s Students Out of the Classroom

The new “Read the World” program is the brainstorm of Ben Steward, chief of staff to Bodour Al Qasimi, vice-president of the IPA and founding publisher of the children’s press Kalimat Group based in the United Arab Emirates’ Sharjah.

Formerly with the IPA, Steward says he wanted to create a program responsive both to children’s needs and to those of their (suddenly) work-from-home parents. The IPA is no stranger to children’s literature, of course, having created the SDG Book Club for kids in association with the United Nations to support its 17 Sustainable Development Goals.

By March 18, UNESCO in Paris was issuing alerts that more than 850 million children and young people, approximately half the world’s student population, were no longer in classes as the COVID-19 contagion spread to more than 171 nations.

Steward tells Publishing Perspectives that things still are being worked out for “Read the World,” in terms of how its readings with children’s authors will be stored once presented live, for example, and how more authors will be signed up to participate. But he’s found immediate support among the leadership of IPA, WHO, and UNICEF, all working under various iterations of coronavirus lockdowns to stand up this new program in time for International Children’s Book Day.

The day’s recognition itself is a program of the International Board on Books for Young People (IBBY). International Children’s Book Day was established in 1967 and it falls each year on or near Hans Christian Andersen’s birthday, April 2. This year’s iteration is sponsored by the Slovenian chapter of IBBY, which has posted a meditation by Peter Svetina on reading and youth. Its translation to English by Jernej Županič is well worth your time in a quiet moment.

In announcing the opening of “Read the World” today, IPA’s president, Hugo Setzer, is quoted, saying, “These are uncharted waters for us all, and the psycho-social effects of prolonged isolation and social distancing are yet to be seen and understood.

“All of us should take particular care of our mental health at the moment, and especially that of young minds. The IPA wanted to do something positive to bring children and their favorite writers closer, to stimulate their interest in books, and to create a carefree moment for families to share during this difficult period of confinement.”

UNICEF’s executive director, Henrietta Fore, backs up Setzer’s thoughts, saying, “Children’s lives and routines have been turned upside down in just a few short weeks. Even when the outside world is out of bounds for now, reading can remind children and young people that the transportive power of books is unlimited.”

And at WHO, the international organization most heavily charged for guidance in response to the pandemic, director-general Tedros Adhanom Ghebreyesus says, “WHO is committed to fighting the COVID-19 pandemic on all fronts, especially when it comes to protecting young people.

“We understand the fear and anxieties many feel, and we know how the joy of reading can stimulate young minds, ease tensions, and provide hope.” 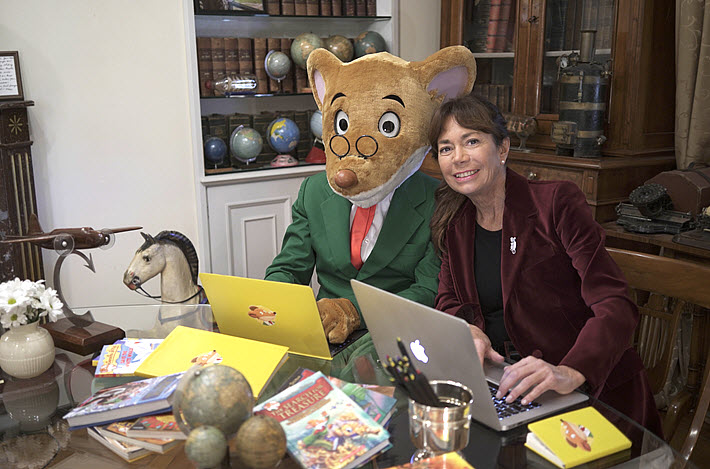 More from Publishing Perspectives on children’s books is here. More from us on the International Publishers Association is here, and more on the coronavirus pandemic is here.