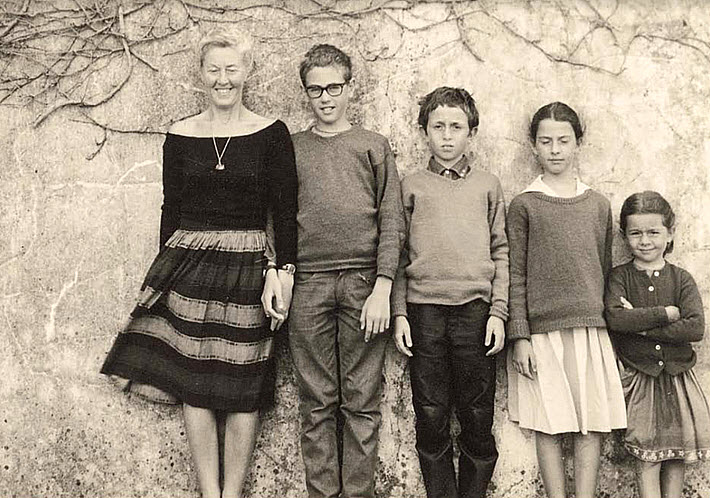 As working parents grapple with their kids’ education during the coronavirus lockdown, a family of writers and artists looks back on their mother’s choice to homeschool them.

Editor’s note: When UNESCO in Paris opened its new #LearningNeverStops coalition earlier this month, director-general Audrey Azoulay estimated that 1.5 billion ‘learners’ (of all ages) are impacted in 172 countries in the pandemic. UNESCO’s number includes at least 290.5 school students temporarily displaced from classrooms. At this writing, France has the fourth largest coronavirus caseload in the world, the Johns Hopkins Coronavirus Resource Center reporting 169,058 cases and 23,694 deaths in its 4:32 a.m. ET (0832 GMT) update. —Porter Anderson

‘In the End, We Haven’t Done So Badly’

Temporarily handling their children’s educational needs at home during the COVID-19 pandemic is something parents in many countries feel unprepared to do—especially while trying to keep their own careers on track in lockdown and with little clarity on when classes will resume. 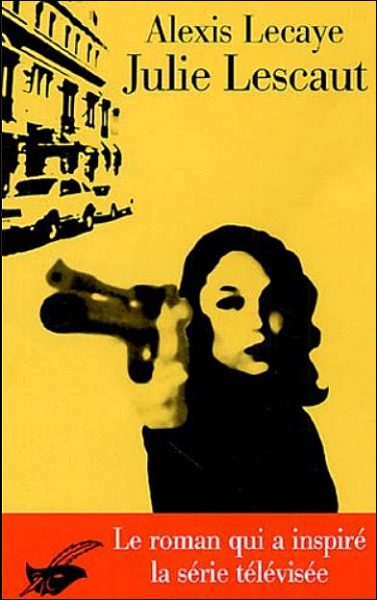 But homeschooling advocates say that outside of such a crisis situation, many children have benefited from the individual attention and freedom of thought that can come with being away from the standard educational setting. As Peter Rabbit’s creator Beatrix Potter put it, “Thank goodness I was never sent to school; it would have rubbed off some of the originality.”

Three siblings who have personal experience of this are Alexis Lecaye, a writer and television series director; his younger brother Grégoire Solotareff, one of France’s best-known children’s book authors-illustrators; and Nadja Fejtö (who simply goes by Nadja), an artist, illustrator and author of children’s books and comics. Their youngest sister Nashka, is a fashion designer living in Malaysia.

They were homeschooled first in Lebanon, then in France. Solotareff and Nadja’s work is associated with the publishing house l’Ecole des loisirs as is that of their Franco-Russian mother, Olga Lecaye, an artist who wrote and illustrated books.

Olga married their Lebanese-Egyptian father, Henri El Khayem, and he changed the family name to Lecaye when they moved to France.

Olga Lecaye began to homeschool her three eldest children in Lebanon in 1956. “She’d had a very bad experience at school as a child, and decided to teach us herself,” says Solotareff, who uses his mother’s maiden surname.

Their mother started with reading and arithmetic, and also spoke and sang to the children in Russian. 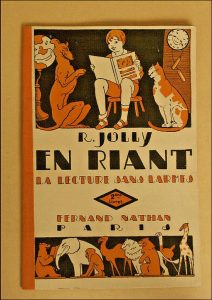 “Reading was so special to me,” Nadja says, reflecting on her experiences in learning at home. “My mother had this brilliant book, La Lecture en Riant” by R. Jolly, its title translating to Reading While Laughing (Fernand Nathan). “Alexis and I became big readers right away and would inhale word after word.”

Her brother Grégoire, however, says he had a different experience.

“I had a very hard time learning to read,” Solotareff says. “I remember the book as if it were yesterday. Alexis, who had learned to read at 3, called it Reading While Crying for me. It was an old-fashioned method that didn’t work for me at all.”

For Olga Lecaye, raised, herself, in an intellectual, artistic family, drawing was as important as reading and writing—another basic.

Her children worked in the living room, sitting on the sofa or on stools at a big table covered with a glass pane under which were some of their drawings.

“We began in the morning with reading and math first and drawing afterwards which was like a reward.” Solotareff says.

“We drew all the time, it was natural,” says Nadja. “We were encouraged, and we motivated each other. We looked at art books for our pleasure. It was part of our daily routine.”

‘There Were No Other Distractions’ 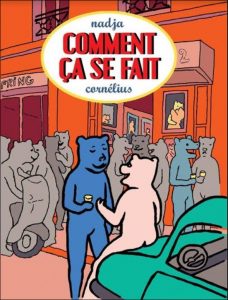 Nadja’s ‘How Come?’ is published by Cornelius

The family moved to France in 1960, settling outside Paris where Henri Lecaye, a doctor, opened his practice. Olga taught the children the official French school curriculum, often used for children living overseas. It arrived at the house by mail, complete with homework assignments.

In the mornings, the children spent about three hours handling that state-designated schoolwork, Solotareff says.

His brother Alexis Lecaye recalls, “You’d progress fast because you’d concentrate on your work. There were no other distractions.”

Nadja says that in the afternoons “We’d make things like books, or we’d cook, sew, or sculpt. This was very tangible and recreational. Today children do the same thing but in organized workshops.”

By the time Alexis Lecaye was 13, he says, he was able to work independently while his mother helped the younger children.

Solotareff says that his mother kept them on track with the official program with an expectation of sending them eventually to school.

And at 14, the eldest, Alexis, says he felt ready. “I knew the kids in the neighborhood went to school,” he says, “which seemed like an enchanting and disquieting world to me. I wanted more and more to go. I wanted to see girls and be with other people my age.”

He and his 12-year-old brother Solotareff, who didn’t want to be left at home, went off to school. Nadja followed a few years later.

All three say they were noticeably ahead of the other children in all subjects, and were able to rest on their laurels—except for Solotareff, who was spurred on to study medicine. He later abandoned the medical profession to write and illustrate children’s books.

‘A Noncomformity About You’

In this 1959 photo taken in Beirut by Henri Lecaye are, from left, Grégoire Solotareff, Alexis Lecaye, Nadja, and their mother, Olga Lecaye

Solotareff says he’d like to have homeschooled his own children, but he had to work instead. If he had another chance, he says, he’d keep digital screens at bay as long as possible, exposing his children to different languages early and would have them practice artistic skills above all.

“Before age 7, a child draws freely,” he says. “At 7, they want to reproduce reality. You have two types of children: those who choose reality—and get discouraged because their drawing doesn’t look like what they see—and the others, who see drawing as a way of expressing their own minds.”

Nadja says she sent her son to school because he was an only child and she felt that the social aspect was important. But she says she feels that homeschooling gives children an advantage in that they learn to work on their own and have more time to include art and music.

She says her own son is having a hard time homeschooling his son during the coronavirus lockdown. “We were used to being homeschooled from the start,” she says, “but today it’s driving everyone crazy.”

“Of course, digital tools are useful,” says Alexis Lecaye, “but when children are small, they’re not essential. Today, I would start off with drawing, sculpture, music, but I’d also teach them about the environment—the necessity to consume less and be more respectful of nature.”

He says the greatest strength homeschooling gave him was the ability to think outside the box. “At first, it’s so important to use one’s hands, eyes, one’s entire body.”

“In the end,” says Nadja, “when I look at what we all did, we haven’t done so badly. But you have to accept that there will always be a nonconformity about you.”

More from Publishing Perspectives on the French market is here, more on education is here, and more from us on the coronavirus pandemic is here.