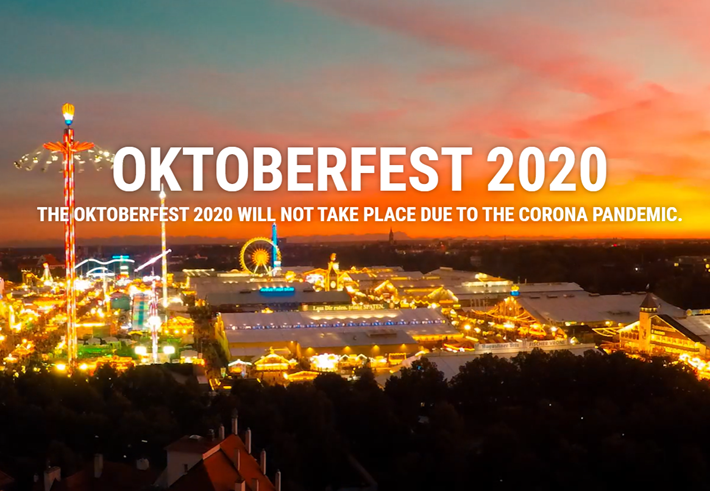 The decision on the early autumn’s Oktoberfest in Munich brings into focus the question of how Frankfurter Buchmesse may proceed. The trade show’s organizers hope to have news by mid-June.

Frankfurt: ‘It Will Be a Very Special Event’

As has been reported within the last several hours today (April 21), Bavaria’s Oktoberfest has been canceled. Centered in Munich, the beer festival normally runs for 16 days and last year drew some 6.3 million guests, according to reports from Deutsche Welle.

Oktoberfest was scheduled to run September 19 to October 4, not primarily in the month of October. But world publishing professionals are watching closely, of course, because Frankfurter Buchmesse—the world’s largest industry trade show—is still scheduled to go forward, with its own dates set for October 14 to 18.

Following the news about Oktoberfest, the trade show’s communication officers in Germany have released a short statement to the news media, reading:

“Based on the information that is currently available, we expect Frankfurter Buchmesse to take place from October 14 to 18.

“What Frankfurt’s 72nd book fair will look like exactly, we cannot yet say. What is already clear, however, is that it will be a very special event.

“We are incorporating the measures being discussed at the national and state levels into our planning on an ongoing basis, since our highest priority is the health of our exhibitors, trade visitors, and the public.

“We will communicate any concrete developments as soon as they become known. It will probably be possible to provide a clearer picture as of mid-June.”

Frankfurt is maintaining an updated page for coronavirus-related communications here.

Oktoberfest: ‘The Risk Is Simply Too High’

Bloomberg’s Katharina Rosskopf makes the point in her report that 2020 will be the first year in which Oktoberfest has been canceled since World War II. And the cancellation of the beer festival wasn’t unexpected under the circumstances. It’s universally famous for its convivial crowding, of course. Along with the beer, food, and theme-park rides, and entertainment, close camaraderie is the point. Safe distancing in such an event is all but unthinkable.

What’s more, Germany quickly has become one of Europe’s most-watched nations in the coronavirus COVID-19 pandemic, not only because its scientists created the first test for the virus and deployed it aggressively but also because Berlin is permitting limited openings in small retail settings this week, as an early test to what that might do to its caseload and death totals.

The ginger effort at limited reopenings comes with severe warnings from the chancellor Angela Merkel and her associates.

Morgan Hines at USA Today quotes Bavaria’s Söder saying, “It hurts. It’s such a pity” to  have to cancel Oktoberfest. “[But] we have agreed that the risk is simply too high.”

And many will notice how precisely the situation seems to capture the peculiar dilemma for many markets at this stage in the pandemic.

Even in areas like Germany in which adequate testing, trading, and containment strategies might indicate that rates of infection and/or deaths and hospital overruns are stabilizing or easing, it’s simply unknown what effects of a ‘reopening” of even local economic operations and events could trigger.

At this writing, the Johns Hopkins Coronavirus Resource Center in its 10:38 a.m. ET update (1438 GMT, 1638 in Germany) shows Germany still the fifth nation in the world for caseloads, with 147,593 confirmed cases of COVID-19 in a nation of 83 million people.

Its coronavirus death toll stands at 4,869.

The world figures at our time of publication have passed another stunning milestone: There are now just over 2.5 million confirmed cases and 171,810 deaths in global calculations.

Worldometer’s dashboard–which tends to update more frequently and can at times be ahead of some others in its calculations–has the world totals at 2.53 million cases and 174,727 deaths.