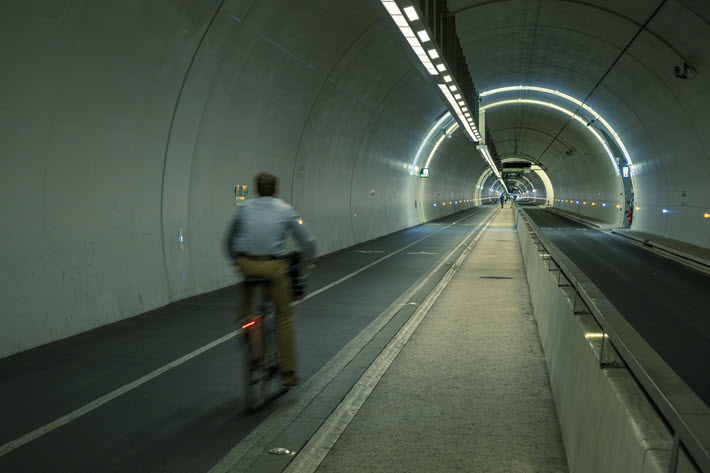 French publishers working in the scientific and scholarly sector are responding to ministry calls for open content, as Canada’s copyright agency makes another donation to authors in need.

A shot from Tuesday in the Croix-Rousse Tunnel in Lyons. Image -iStockphoto: Frederic Prochasson

Today (April 9) at the time of this writing, France is fifth for caseloads among 177 countries in which the coronavirus COVID-19 has been detected. The Johns Hopkins Coronavirus Resource Center shows it with 83,080 cases and 10,869 deaths.

Its hospitalization strains, especially in the Grand Est region, have been so severe that, as Adam Parsons is reporting for Sky News, French patients “are now being treated in Germany, Switzerland, Austria, and Luxembourg. High-speed TGV trains have been converted into mobile hospitals, with a single patient in each carriage. Military planes have moved some people, as well as the continent’s ambulances.”

What’s more, Parsons describes the German-helicoptered “Epishuttles” being used—newly designed in Norway, these are cases for patient transport. “The patient is sealed inside, and supplied with a stream of air that is then filtered as it leaves. Put simply, the virus cannot escape from the pod, meaning that the helicopter crew can operate without having to wear cumbersome protective equipment.”

Against this dramatic and daunting backdrop, France’s publishers’ association, the Syndicat national de l’édition (SNE), is messaging the news media from Paris today that its scientific publishers and those of the National Federation of the Specialized Press (FNPS) are opening as quickly as possible all access to “their scientific publications, verified by professionals, contributing to the fight against the COVID-19 pandemic.”

The SNE’s report arriving today is a response to a March 30 call from the country’s ministry of higher education, research, and innovation (MESRI) and the ministry of solidarity and Health for open access across all disciplines “to feed research on the pandemic.”

These moves are, of course, in good alignment with many such efforts in world publishing.

“The SNE and the FNPS support the spontaneous initiatives of the major international publishers who, from January, have put their relevant content into “open access,” the statement reads, an echo of several aggregation efforts being made in various parts of world publishing to combine resources as much as possible for the use of researchers in the fight against the contagion.

The associations are eager to communicate that they had already begun working to free up their content before hearing the ministries’ call, “notably technical and medical sciences (STM), but also law and the humanities and social sciences (SHS).”

The two associations’ communication continues, albeit with a call for attention to publishing’s financial plight in the face of the emergency:

“Of course, these companies are ready to go even further, with state support, [and in light of how other elements of the economy are] involved in the fight against the pandemic.

“In this context, in which everyone recognizes the importance of scientific journals , MESRI plans to set up a system providing for a broadening of the scientific disciplines concerned and an obligation to distribute publications openly for a period of up to 24 months after the end of the state of health emergency …

“The publishers involved therefore confirm their availability to continue the coordinated effort nitiated by MESRI on these projects and counts on the mobilization of public authorities in order to maintain the already fragile balance of the French scientific publishing sector.” 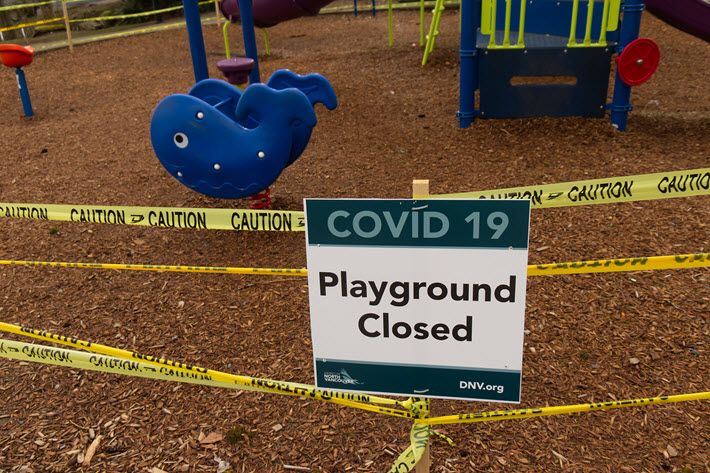 In a statement from its offices in Saskatoon, the Canadian copyright management agency Access Copyright has announced a donation of $100,000 (US$71,632) to bolster the work of the Canadian Writers’ Emergency Relief Fund.

In a prepared statement from Katherine Lawrence, chair of the Access Copyright Foundation, we read, “The initial response to the Canadian Writers’ Emergency Relief Fund has shown that there is an overwhelming need to support writers and visual artists who are suffering substantial income losses during this time.

“I encourage others to join the foundation in contributing to the fund so that it can provide assistance to as many members of Canada’s creative community as possible who need it.”

The funding is timed to a first round of applications’ conclusion today (April 9). The new injection of money will expand eligibility in the second round, which opens on Friday (April 10) and closes on April 20–financial assistance available to visual artists in addition to writers. The Fund is an initiative of the Writers’ Trust of Canada, The Writers’ Union of Canada and RBC.

The foundation’s donation brings the total amount of the emergency relief fund to $250,000 (US$178,975), with professional writers eligible for the entire fund and visual artists eligible to access a portion of the funding supplied by the copyright foundation.

The Fund provides grants of $1,500 (US$1,072) to those who meet the eligibility criteria, which include matching minimal publishing thresholds in the last five years as well as detailing a total loss of income that exceeds the grant amount. The first grants through the fund are to be distributed by April 16.

Applications to the program can be made at writerstrust.com/ReliefFund. 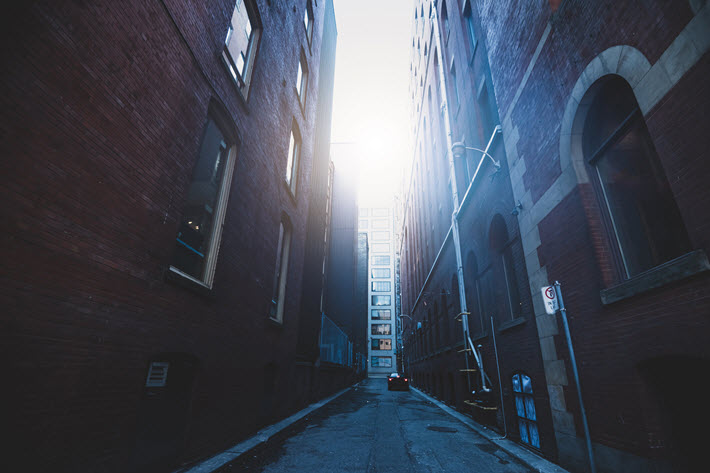 An empty alley in Toronto in an April 8 shot. Image -iStockphoto: Surangaw