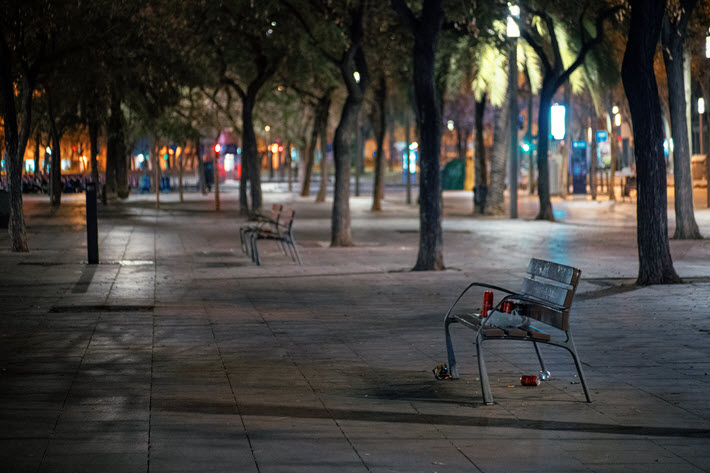 The Spanish and Latin American markets are expected to have 14,000 Spanish-language audiobooks available this year, and, with ebooks, continued to see growth in 2019, per Dosdoce’s Bookwire report.

From the Javier Celaya at the Dosdoce.com consultancy, this year’s report on what he sees in the activity of Bookwire’s Spanish and Latin American digital publishers is encouraging. 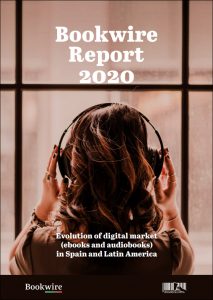 The report, released today (April 6), shows a 35-percent level of growth in ebook and audiobook sales for 2019 over 2018 figures among the 450 Spanish and Latin American publishers represented by Bookwire, with which Publishing Perspectives readers are familiar as a distributor of digital publishing products. The company’s 2019 report indicated a 57-percent boost in these sales over two years.

Once more, the markets involved in the new report also tend to show popularity for subscription models, with a caveat that the major platforms remain the purveyors of almost 80 percent of unit sales. Some 79 percent of Spanish-language ebooks and audiobooks are sold through online retailers Amazon, Apple, Google, Kobo, and others, Celaya reports, but subscriptions including Amazon’s Audible, Nubico, Scribd, and the Stockholm-based Storytel “are becoming more and more relevant each year for the Spanish publishing sector.”

Of course, it’s going to be interesting to see if upcoming iterations of this report, now in its sixth year, will indicate an uptick in ebook and audiobook activity during the international outbreak of the coronavirus COVID-19. It’s expected that with bookstores closed and physical books requiring deliveries that may be disrupted by staffing and other logistical issues, the consumer base is turning to more digital content.

Some observers wonder if the pandemic may not lead some consumers to find and enjoy the benefits of digital access to the degree that they may continue to access the format more than before, the crisis having provided a lasting boost to these formats.

In the Spanish-language world, Spain itself has certainly suffered from the coronavirus more than most markets. The country, with its population of some 47 million stands at this writing second only to the United States, population 330 million, for the number of confirmed cases. In the 7:01 a.m. ET (1201 GMT) update of the Johns Hopkins Coronavirus Resource Center’s figures this morning, Spain has 135,032 cases and 12,641 deaths.

Madrid has been especially hard hit, with its health care workers under enormous pressure and authorities using an ice rink as a morgue. There are, as in Italy, indications that the apex of the outbreak in Spain has been passed, the death count of 694 people on Sunday being just 20 more than the previous day’s tally of 674. On Saturday (April 4), the Spanish prime minister, Pedro Sanchez, announced another two-week extension of the country’s lockdown, to April 25.

Latin American caseloads overall are led by Portuguese-speaking Brazil, at 11,281 cases and 487 deaths. Among Spanish-language markets in Latin America, Chile has 4,471 cases and 34 deaths, while Ecuador has 3,646 cases and 180 deaths.

What’s proposed by the ongoing surveys from Dosdoce and Bookwire is that in 2018, the Spanish-language markets seem to have turned a corner in their support for digital publishing formats. Previously, these products had produced some 5 to 7 percent of revenues, while in 2018 and 2019, they were seen as generating close to 18 percent.

As in so many world markets, the enthusiasm is around the audio sector, which may not represent a large portion of a given market’s sales but tends to be the bright spot in many publishers’ portfolios for growth rates.

In Spanish-language markets, the availability of audio content in Spanish has been an issue, but Dosdoce indicates that at some point in 2020, as many as 14,000 audiobooks may be available for Spanish speakers. Output in 2019 seems to have surpassed the anticipated 10,000 titles, with just 6,000 available in 2017.

Spain itself is generating an estimated 49 percent of digital sales, as Celaya’s survey sees 2019, with Mexico following in Spanish-language digital content, at some 18 percent and other Latin American countries accounting for an additional 18 percent.

The United States’ Hispanic market “continues to grow,’ in Celaya’s purview, “and already represents 11 percent of digital sales,” while Europe outside of Spain appears to be buying some 4 to 5 percent of digital content from Spain and Latin America.

In libraries, Celaya sees 3 percent of digital sales in 2019 in the form of e-lending licenses for ebooks and audiobooks for libraries.

Downloads of ebooks and audiobooks created a 39-percent increase in turnover for Spanish-language publishers encompassed in the survey in 2019 over 2018.

And in terms of who the digital consumer is for Spanish-language content (both ebooks and audiobooks), Dosdoce sees 55 percent of the users being women, and the user’s average age being between 18 and 50 years. Romance leads the genres in fiction, essays and self-help lead in nonfiction.