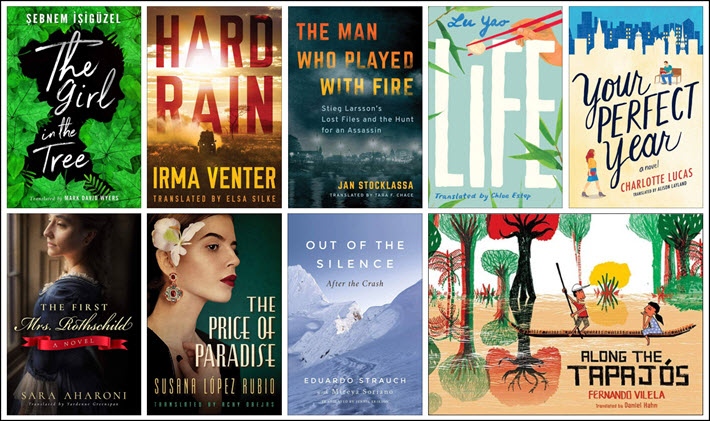 Companionable Reading From the Distances

The annual promotion is a near-perfect fit of the internationalist mission of UNESCO’s World Book and Copyright Day (April 23) and the translation leadership of Amazon Crossing.

You’re invited to download some or all of the promotion’s 2020 collection of nine books translated into English–free of charge. They’re available between now and April 24 at 11:59 p.m. Pacific PT (0359 GMT April 25).

As each year, a counter on the World Book Day offer page has begun tracking data fed to it by Amazon Charts, racking up the pages consumers are reading in these books. In 2018 and 2019, the promotion engaged readers in more than 150 countries, according to Amazon’s staff, and more than 3 million copies in translation have been given away by Amazon Crossing.

This year, the field is even wider, with the system making the giveaway available to consumers in 200 countries and 14 territories. And if pandemic distancing means you’re closer than ever to your children (or if you could just use a good kids’ book, yourself), the offer this year includes a work for children from Amazon Crossing Kids, the 1-year-old sister imprint to Amazon Crossing.

One of 16 imprints of Amazon Publishing, Amazon Crossing doesn’t produce self-published work. As you’ll remember, APub is a full trade house. The €5,000 (US$5,423) Vondel Prize winner in London in February was Michele Hutchinson’s Amazon Crossing translation from Dutch of Sander Kollaard’s Stage Four.

This year’s World Book Day translations from Amazon Crossing originate in Africa, Asia, Europe and Latin America. Over the years, the World Book Day promotion has given away 27 titles from 19 countries.

As it happens, the Amazon Crossing 2020 promotion shares its hashtag, #ReadTheWorld, with the new online-readings program from the International Publishers Association, UNICEF, and the beleaguered World Health Organization. There’s no connection between the two #ReadTheWorld programs at the moment, but it might be interesting if Amazon Crossing Kids’ editorial director Kelsey Skea made available to the IPA/WHO/UNICEF project an Amazon Crossing Kids author and translator–to let young readers hear a story in two languages.

This is the first year that Amazon Publishing’s World Book Day selection carries Amazon Crossing’s and Amazon Crossing Kids’ new logos. The seabird you see—head-on in the Crossing logo and in profile in the Kids’ logo—is an Arctic tern.

When Amazon Crossing editorial director Gabriella Page-Fort presented the new designs at Frankfurter Buchmesse in October, she told Publishing Perspectives that she chose the tern because it has worldwide flight patterns.

“You know, you don’t see these birds,” she said, not least because they can be confused with seagulls. “But they see everything.”

And what the tern sees now in her flights—whether counted as literary titles or coronavirus COVID-19 caseloads—may mean more than ever about empathy without borders. According to the Johns Hopkins Coronavirus Resource Center, the nine countries represented by these translations have together suffered, at this writing,  31,509 deaths.

Each market may fight the pathogen as a nation, but we know human creativity to be a shared grace. 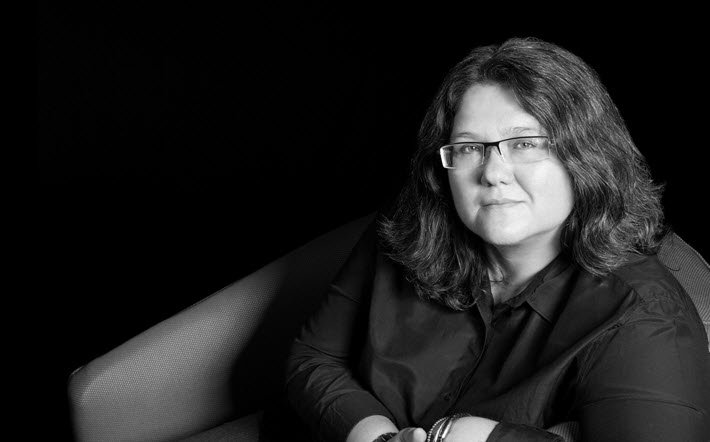 Publishing Perspectives has had a chance to be in touch with South African author Irma Venter, whose thriller Hard Rain is one of the two works on the World Book Day list released today. The second book in Venter’s “Rogue” series, Man Down, is set for a Monday release. Venter writes in Afrikaans, and we begin by asking her what other titles she may have available in English. 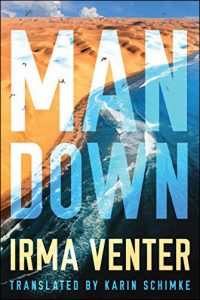 Irma Venter: There are two other English books available, also by my Afrikaans publisher, Human & Rousseau. They’re later books in what’s now called the “Rogue” series in English-speaking markets, with Hard Rain the first book in this series. Human and Rousseau considered these books to perhaps have the most appeal to markets outside South Africa. Circus is No. 5 and Blue Sunday No. 6 in the series. My preference, however, has always been that the seven-book series should be released in sequence as this best tracks the development of the characters.

Publishing Perspectives: Do the journalist Alex Derksen and the photographer Ranna Abramson figure into all the books in the series?

IV: I consider Alex and Ranna the glue in the “Rogue” series. They kick off the series and remain the focal point for five of the seven books. As the series progresses, each book advances a new character, often a secondary character in a previous book, into the role of a main character. Later books in the series focus on Adriana and Sarah, for example–characters readers will catch a glimpse of in Hard Rain.

PA: Since for so many of us this will be an introduction to your work, can you give us a sense for what you feel makes your work distinctive? 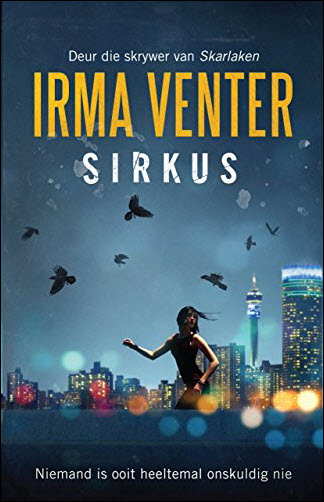 ‘Circus’ in its Afrikaans original from Human & Rousseau

IV: I always imagine that any story, in movies or books, has three main elements: characters, storyline, writing style. And most writers and filmmakers can really excel at only two of these elements. Two are more than enough to provide a compelling story.

So which one do I think I excel at most? From feedback I’ve received, it seems I’ve managed to create characters that people like to spend time with. Reading a book is always a little bit like a date, don’t you think? It’s always better when you like the people you’re spending your time and money on.

What I also try to achieve in my books is to undermine the traditional female role seen in so many crime novels. I don’t want my female characters to be mere bodies–dead on the floor, or keeping the hero’s bed warm. I try to give my female characters real power, and to make them wield it without fear. This is not power bestowed on them by a man, or simply a title and a fleeting scene of authority, but real, intrinsic power.

Book 2, Man Down, for example, turns the tables on the traditional rescued/rescuer roles. I also often write outside the law, with my characters, almost never cops, skirting the boundary between right and wrong.

PP: How do you come to be a novelist?

IV: I’ve been a journalist for about 20 years. Most of this time I spent as a science and industry writer. I’ve always wanted to write. I decided to become a journalist at 15, and at 17 bravely announced that I’ll write a book one day. I’ve managed both these aspirations, so now I spend my time honing my skills in both these fields. I imagine I’m searching for what sometimes feels to be the most elusive of things–the most elegant sentence, the most elegant, baffling thriller.

PP: How did you and Elsa Silke work on the English translation of Hard Rain?

“I appreciate it when translators don’t strictly stick to the text, word for word, but consider that broader context..”Irma Venter

IV: I’ve worked with Elsa before. She also translated Circus. She’s a gifted translator and wonderful person. She often gave me a call or sent me an email with questions during Hard Rain’s translation.

It’s intriguing that English, with its vast vocabulary, sometimes doesn’t have the word for a particular Afrikaans word. I imagine the same is true with every language. Languages have built-in cultural meanings that can’t be translated. In Afrikaans, for example, lekker technically means nice, but it has a world of meaning beyond that. Askies means sorry, but people in South Africa often say it when someone else experiences some misfortune.

I appreciate it when translators don’t strictly stick to the text, word for word, but consider that broader context. A bit of life experience also helps in translating emotion appropriately.

PP: In the Rogue series, your characters are in Tanzania, Mumbai, and elsewhere. Is this internationalism common in your work? And do you feel, as the South African playwright Athol Fugard has said, that there should be no barriers to a writer creating a character whose context she or he hasn’t experienced?

“I believe that writers should never write only what they know, but also what they learn, and learning is always a work in progress.”Irma Venter

IV: South Africa has 11 official languages, and this doesn’t even cover the extent of our cultural and social differences. Over the last 400 years, the southern tip of Africa and its inhabitants have had to face Dutch and British colonialists, French refugees exiled due to Protestant intolerance in the 1600s, the arrival of indentured laborers from India, and an influx of groups from the north of the continent, and that’s just to name a few headline events. It’s the world in one country.

It’s also a very unequal society. Living in such a society teaches you respect. You realize that your reality coexists with many others, and that they all have equal value. You learn to listen before you speak, and to always consider that you can never fully know the experience others may have, even if living under the same sky.

Consider the many unspoken rules in a society such as Japan, which is fairly homogeneous. Then consider the unspoken rules in a more socially complex society with very many cultures living next door to each other. I never consider any of my books to provide a 100-percent accurate view of any country or culture. It’s a tourist’s glimpse, a brief visit, and it will never adequately convey the complexity present in any society.

In reference to Athol Fugard, I agree with him fully. I also believe that writers should never write only what they know, but also what they learn, and learning is always a work in progress. 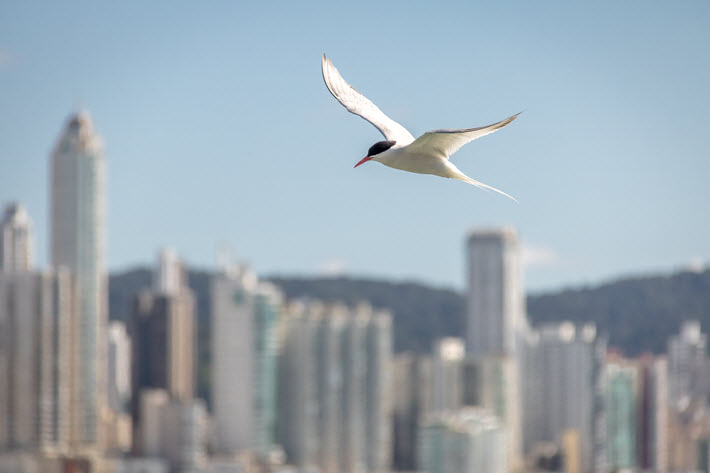 A tern over Balneario Camboriu in the state of Santa Catarina, Brazil. Image – iStockphoto: Diego Grandi